Vice President Kamala Harris will be out of Washington on Friday and traveling closer to the border – the Canadian border.

Harris is scheduled to make stops in New Hampshire to promote the Biden administration’s $2 trillion American Jobs Plan, the proposal for helping upgrade infrastructure in the U.S.

The visit to the traditional early-primary state has some observers wondering if the 2024 race for the White House will be on Harris’ mind as well. Many have speculated that Harris could seek the Democratic nomination that year if 78-year-old President Biden decides not to pursue a second term.

Some, however, see Harris’ New Hampshire trip as puzzling, given all the criticism the vice president has drawn in recent weeks for not traveling to the U.S.-Mexico border as part of her work as Biden’s point person on the migrant crisis.

“Given that her focus is on the [southern] border, it seems like an unusual trip and in New Hampshire, it’s never too early to talk about the next presidential primary,” Jim Merrill, New Hampshire director for political consultants The Bernstein Shur Group, told the Boston Herald. 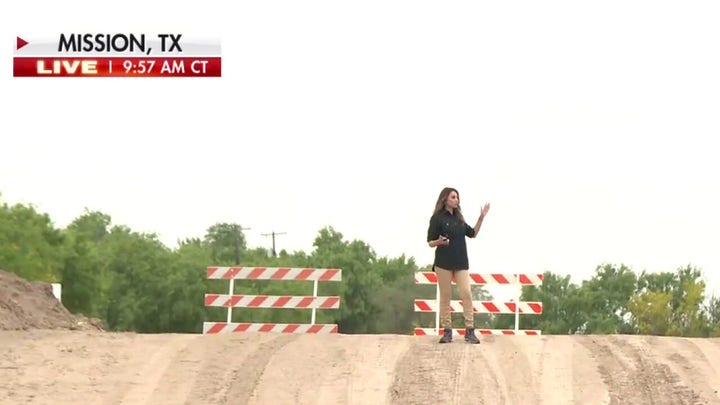 “It wouldn’t surprise me that she would be here ostensibly to carry out administrative objectives but in the back of her mind and that of her team, they’ve got to be thinking about what’s next.”

Harris is expected to visit Plymouth and Concord in her first journey to the Granite State since she campaigned for president in 2019, the newspaper reported.

The trip continues a stretch for Harris that has seen her visit numerous places in the U.S., with the notable exception of the U.S.-Mexico border region. In recent weeks her stops have included California, Illinois, Connecticut and North Carolina.

Her travels elsewhere have fueled charges from Republicans that she has been “avoiding” getting a firsthand impression of the migrant crisis – a situation that has included thousands of unaccompanied minors, spikes in criminal apprehensions and the presence of Mexican cartels.

“The top Democrat in charge of the border situation has spent a month avoiding the southern border,” House GOP Leader Kevin McCarthy, R-Calif., said Thursday, at a news conference in Washington.

“The top Democrat in charge of the border situation has spent a month avoiding the southern border.”

Another political observer suggested Harris may be laying the groundwork for Biden’s 2024 run rather than her own.

“Biden’s political operation has its eye on carrying the state again in 2024, and there is also a very competitive U.S. Senate race coming up next year in the state that is almost certainly a must-win for Democrats seeking to keep control of the Senate,” David Hopkins, an associate political science professor at Boston College, told the Herald.

But if Biden were to pass on a reelection bid, “There’s every reason to expect Kamala Harris to run for the presidency again in her own right,” Hopkins added.