“Under no level of heightened scrutiny can the law survive,” U.S. District Judge Roger Benitez said before issuing a permanent injunction that takes effect in 30 days.

He compared the AR-15 rifle to a Swiss Army knife, saying it’s “a perfect combination of home defense weapon and homeland defense equipment. Good for both home and battle.” 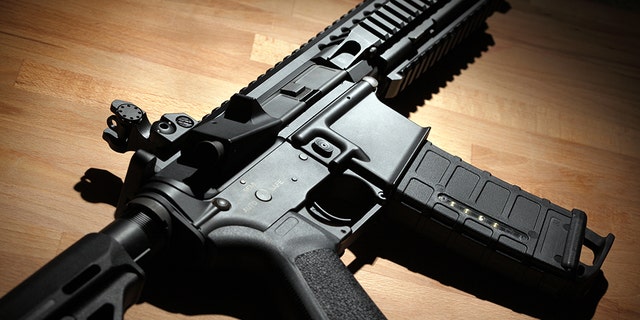 A judge compared the AR-15 rifle to a Swiss Army knife, saying it’s "a perfect combination of home defense weapon and homeland defense equipment. Good for both home and battle."

The lawsuit filed by the San Diego County Gun Owners Political Action Committee, California Gun Rights Foundation, Second Amendment Foundation and Firearms Policy Coalition is among several by gun advocacy groups challenging California’s firearms laws, which are among the strictest in the nation.

“One is to be forgiven if one is persuaded by news media and others that the nation is awash with murderous AR-15 assault rifles,” Benitez said in the ruling, referring to AR-15s as “ordinary guns” in comparison to bazookas, howitzers, or machine guns that he said should only be used in the military. “The facts, however, do not support this hyperbole, and facts matter.”

He noted there are currently an estimated 185,569 assault weapons registered with the state despite the ban.

Gov. Gavin Newsom condemned the ruling, calling it “a direct threat to public safety and the lives of innocent Californians.”

He said the Swiss Army knife comparison undermined the “credibility” of the ruling and was a “slap in the face to the families who’ve lost loved ones to this weapon.”

California first restricted assault weapons in 1989, with multiple updates to the law since then.

The state is also appealing Benitez’s 2017 ruling against the state’s ban on the sales and purchases of magazines holding more than 10 bullets and his 2020 decision blocking a 2019 California law requiring background checks for anyone buying ammunition.

Both measures were backed by voters in a 2016 ballot measure.