Jon Ossoff Is 44th Democratic Senator To Back DC Statehood

Freshman Sen. Jon Ossoff (D-Ga.) is the latest senator to endorse the admission of Washington, D.C., as the nation’s 51st state.

Ossoff is currently one of eight senators in the Democratic Party’s caucus who have not co-sponsored the Washington, D.C. Admission Act introduced by Sen. Tom Carper (D-Del.). He told HuffPost on Tuesday, however, that he supports D.C. statehood.

Sen. Jon Tester (D-Mont.) also backs statehood for D.C., his staff told HuffPost on Tuesday. Like Ossoff, Tester has not yet co-sponsored the statehood bill this year, but he did co-sponsor the same bill in 2020.

“Senator Tester believes that Americans should have their voices represented in Congress ― including the more than half a million taxpaying citizens living in the District of Columbia, many of whom are active duty servicemembers and veterans,” Sarah Feldman, Tester’s communications director, told HuffPost in an email. “These brave men and women fought for our freedom and should enjoy the same rights as anyone else.”

The House held its first hearing on legislation to admit D.C. as the 51st state on Monday. The bill would admit the residential and commercial sections of D.C. as a state while carving a federal district around the Capitol, the National Mall and the White House to serve as the nation’s capital as mandated by the Constitution. It passed the House in 2020 on a 232-180 vote with one Democrat joining all Republicans in voting no and is likely to pass the House again this year. 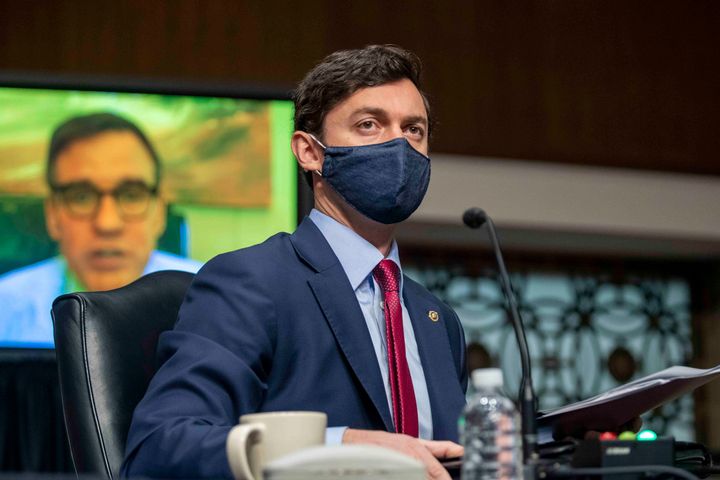 The real fight over the bill will come in the Senate. The bill did not come up for consideration in 2020 when Republicans controlled the chamber. Sen. Mitch McConnell (R-Ky.), then the chamber’s majority leader, referred to D.C. statehood as “full bore socialism.” But thanks to the dual runoff victories by Ossoff and Sen. Raphael Warnock (D-Ga.), Democrats control the chamber.

Passage is still heavily in doubt. Democrats hold only 50 Senate seats, a bare majority that requires Vice President Kamala Harris to cast tie-breaking votes. The D.C. statehood legislation would need support from 60 senators to surmount a Republican-led filibuster, unless Democrats change the filibuster rules. But first, statehood proponents are working toward support from all 50 Democrats, while reaching out to Republican offices as well.

The endorsements of statehood by Ossoff and Tester bring Democrats two votes closer to 50. Ossoff’s Georgia colleague Warnock co-sponsored the bill on March 18.

The remaining Democratic caucus members who have neither co-sponsored nor endorsed D.C. statehood in 2021 are independent Sen. Angus King (Maine) and Democratic Sens. Jeanne Shaheen (N.H.), Joe Manchin (W.Va.), Kyrsten Sinema (Ariz.), John Hickenlooper (Colo.) and Mark Kelly (Ariz.). Shaheen did co-sponsor the bill in 2020. Her office did not immediately respond to a request for comment.