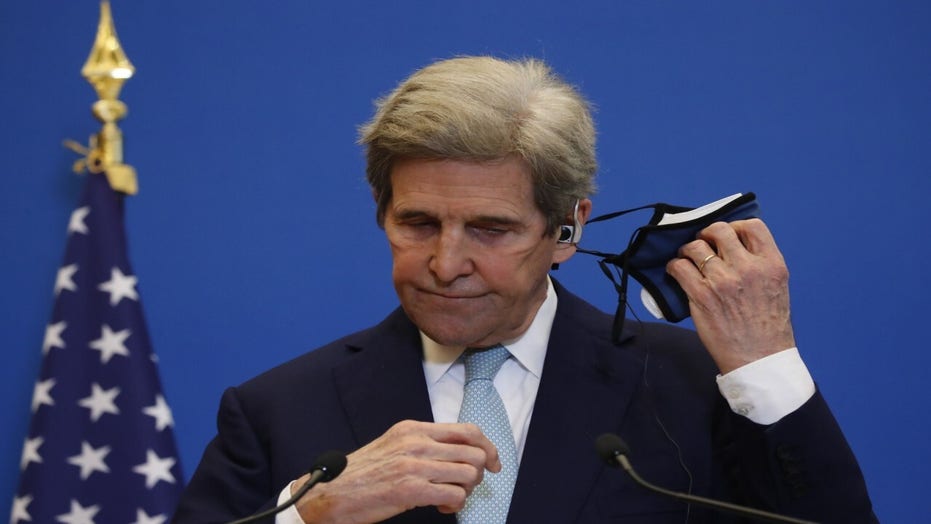 Climate czar John Kerry was caught not wearing his mask while reading a book on an American Airlines flight in spite of a Centers for Disease Control and Prevention (CDC) mandate requiring masks on flights.

The photo, which was first posted by conservative outlet the Tennessee Star, shows the former secretary of state wearing his mask hanging off one ear as he reads a book in first class.

Fox News confirmed the photo’s authenticity with the passenger, who wished to remain anonymous. The passenger shared a photo of his boarding pass with Fox News to confirm he was on the flight.

The passenger said they saw the president’s climate envoy wearing his mask while at the boarding gate, but took it off shortly after boarding ahead of other passengers.

“I salute our Very Special Presidential Envoy for Climate for not flying private, but instead flying first class commercial with the rest of us common folk,” said the passenger. “And while he can’t bring himself to follow his own party’s mask restrictions, we should cut him some slack.”

“Being an elite hypocrite is hard work!” the passenger added.

The passenger told Fox News that they did not see any of the flight attendants onboard instructing Kerry to put his mask back on, but noted that Kerry later wore it for most of the flight.

American Airlines said on Twitter and reiterated in a statement to Fox News that the company would be “looking into” the incident and reiterated that “masks are required” on their planes for everyone.

The CDC issued a mandate in January that went into effect at the beginning of last month which states that individuals “must wear masks that cover both the mouth and nose” while traveling on public transportation and while at a “transportation hub.”

The Department of State and the White House did not immediately respond to Fox News’ requests for comment.

Kerry has had an interesting relationship with air travel in his tenure as President Joe Biden’s climate envoy.

Kerry has faced scrutiny over his family’s ownership of a private jet. The former secretary of state also took a private jet to receive an environmental award in Iceland in 2019, Fox News revealed in February.

Kerry defended his decision to fly private when asked about it in Iceland, saying: “If you offset your carbon — it’s the only choice for somebody like me who is traveling the world to win this battle.”

It’s estimated that private jets pump out over 40 times more carbon emissions than a commercial flight.

Kerry’s family still owns the jet, according to Federal Aviation Administration (FAA) records, which was estimated to have emitted 116 metric tons of carbon from February 2020 to January 2021.