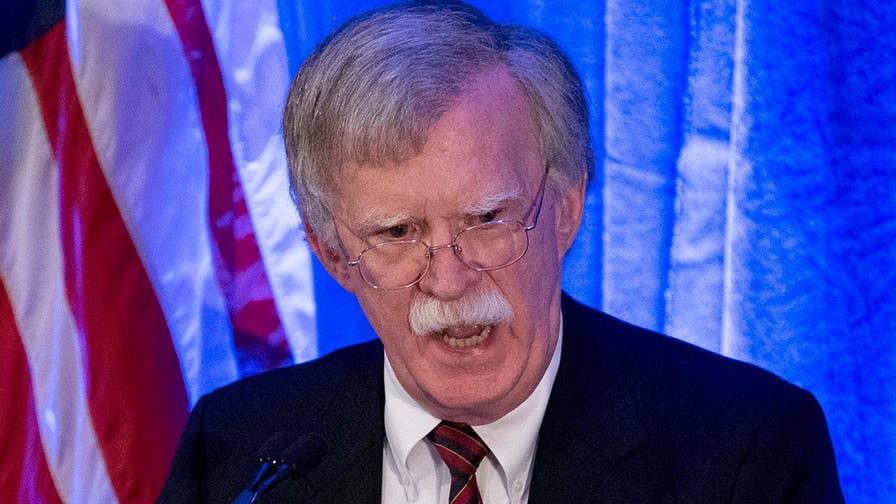 Bolton announces the US will not cooperate with the ICC

Trump's national security adviser made it clear the administration is taking sides in the Israeli-Palestinian conflict by threatening to close the Palestine Liberation Office in Washington; Gillian Turner reports on 'Special Report.'

White House National Security Adviser John Bolton threatened to sanction the International Criminal Court (ICC) after the global tribunal announced an investigation into alleged U.S. war crimes in Afghanistan — in a harsh condemnation just before the world marked 17 years after the terror attacks of September 11, 2001.

Speaking in Washington, D.C., at a Federalist Society luncheon on Monday, Bolton described the court, which is based in The Hague in the Netherlands, as "illegitimate," adding: "for all intents and purposes, the ICC is already dead to us."

He also slammed the organization’s decision to formally investigate war crimes allegedly committed by Afghan national security forces, Taliban and Haqqani network militants, and U.S. forces and intelligence in Afghanistan dating back to May 2003. The U.S. invaded Afghanistan in October 2001, shortly after the 9/11 attacks; the war is ongoing.

"The International Criminal Court unacceptably threatens American sovereignty and U.S. national security interests," Bolton said, adding the U.S. "will use any means necessary to protect our citizens and those of allies from unjust prosecution by this illegitimate court."

Bolton vowed that the U.S. "will not cooperate with the ICC," would sanction the ICC’s funds in the U.S. financial system and would prosecute ICC judges and lawyers in U.S. courts.

Bolton’s remarks came after the Trump administration announced the closure of the Palestine Liberation Organization (PLO) in Washington.

The office was closed, the State Department said, because there were "no direct and meaningful negotiations with Israel."

"PLO leadership," according to State Department spokesperson Heather Nauert, "has condemned a U.S. peace plan they have not yet seen and refused to engage with the U.S. government with respect to peace efforts and otherwise." 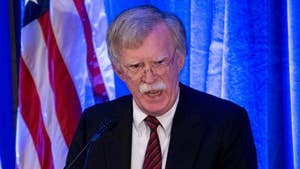 Bolton reiterated the statement, saying: "The United States supports a direct and robust peace process, and we will not allow the ICC, or any other organization, to constrain Israel’s right to self-defense."

The PLO formally represents all Palestinians, and while the U.S. doesn’t officially recognize Palestinian statehood, the organization has maintained a general delegation office in Washington that facilitates Palestinian officials’ interactions with the U.S. government.

The office’s closure came after the Trump administration cut nearly $300 million in planned funding for a United Nations agency that aids Palestinian refugees after finding the operation "irredeemably flawed."

Since its creation in 2002 to prosecute war crimes in areas where perpetrators might not otherwise face justice, the ICC has filed charges against dozens of suspects including former Libyan dictator Muammar Qaddafi, who was killed by rebels before he could be arrested, and Sudanese President Omar al-Bashir, who has been charged with multiple crimes, including genocide in Darfur.

Al-Bashir remains at large, as does Ugandan warlord Joseph Kony, who was among the first rebels charged by the court in 2005. The court has convicted just eight defendants.

The court has been hobbled by the refusal of the U.S., Russia, China and other major nations to join, while Burundi and the Philippines have quit. The latter’s departure, announced earlier this year, takes effect next March. 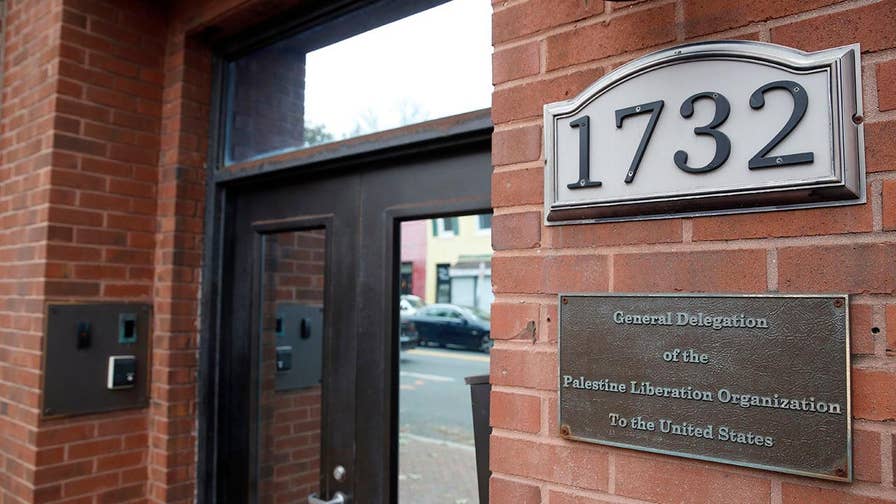 Bolton on Monday called the court "an unprecedented effort to vest power in a supranational body without the consent of either nation-states or the individuals over which it purports to exercise jurisdiction."

"It certainly has no consent whatsoever from the United States," he added.

Fox News’ Paulina Dedaj and The Associated Press contributed to this report.

US sanctions decrease Iran’s currency by nearly half: John Bolton