This week Joe Biden is expected to launch an official campaign for the presidency and once he does the media will continue to swarm with commentary over the allegations against him of inappropriate touching and what that could mean for the future of his candidacy.

However, as the media continues to speculate, the allegations are not changing how women, a key constituency, are feeling about Biden. New polling out of key early states of New Hampshire and Iowa show that his high polling in the crowded Democratic field is powered by women. Despite the fact that there are six female candidates in the race and allegations he inappropriately touched women, Biden sits atop the Democratic primary contest because of support from females.

As a female, I believe the #MeToo movement has been a great platform for women to come forward and share their stories as well as empower them to speak out against their harassers and assaulters. Each day it seems we wake up to more stories of awful sexual harassment and assault allegations regarding the despicable behavior of some of the most powerful men in the country in entertainment, politics and the corporate world. It’s a sad reality that women have been experiencing for years but an issue that has been swept under the rug out of fear of further harassment, shame, or retaliation. However, in this era of #MeToo we also need to recognize that there are two sides to every story and we need to hear both sides before jumping to conclusions and that seems to be resonating with female voters. 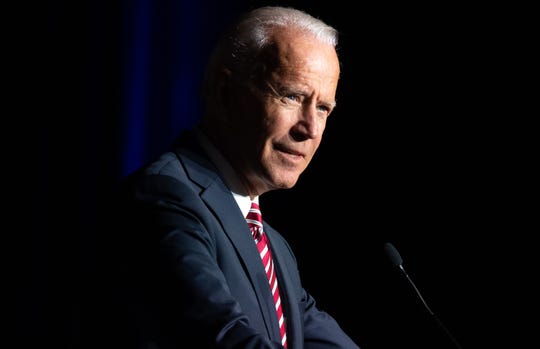 How Joe Biden could make me start forgiving him for Anita Hill (first, stop touching)

Campaign 2020: I really like Joe Biden, but he shouldn’t run for president

Joe Biden’s physicality is a mark of old-school politicians, not a creepy old man

In the wake of the allegations Biden responded very tactfully and respectfully saying, “In my many years on the campaign trail and in public life, I have offered countless handshakes, hugs, expressions of affection, support and comfort. And not once — never — did I believe I acted inappropriately. If it is suggested I did so, I will listen respectfully. But it was never my intention.”

Biden’s female support isn’t just happening in early states, it’s happening nationally too. A new Morning Consult poll shows Biden as the top selection among female Democratic voters. In fact, 34% say he is their first choice even though 47% of those women who were polled said they had heard a lot about the allegations of him touching women.

What’s more, a Quinnipiac poll that surveyed California voters found the same trend — 67% of women voters said the issue of Biden’s inappropriate touching is “not serious” to them and still believe he is the best chance to beat Donald Trump. The poll also showed that 31% of voters believed he would be the best leader followed by Sanders at a distant 18%.

When it comes to Biden’s likability, he soars among almost every demographic and is viewed positively by eight in ten Democrats and one in three Republicans — showing his unique ability to transcend partisan politics. However, Biden also sits atop all the potential 2020 candidates as the candidate with the highest favorability rating according to Gallup polling, Sanders a close second.

Joe Bastardi: Climate change agenda is being driven by hysteria, not facts

Nancy Pelosi: Joe Biden is not 'disqualified from being president' by recent allegations of inappropriate touching
Politics News