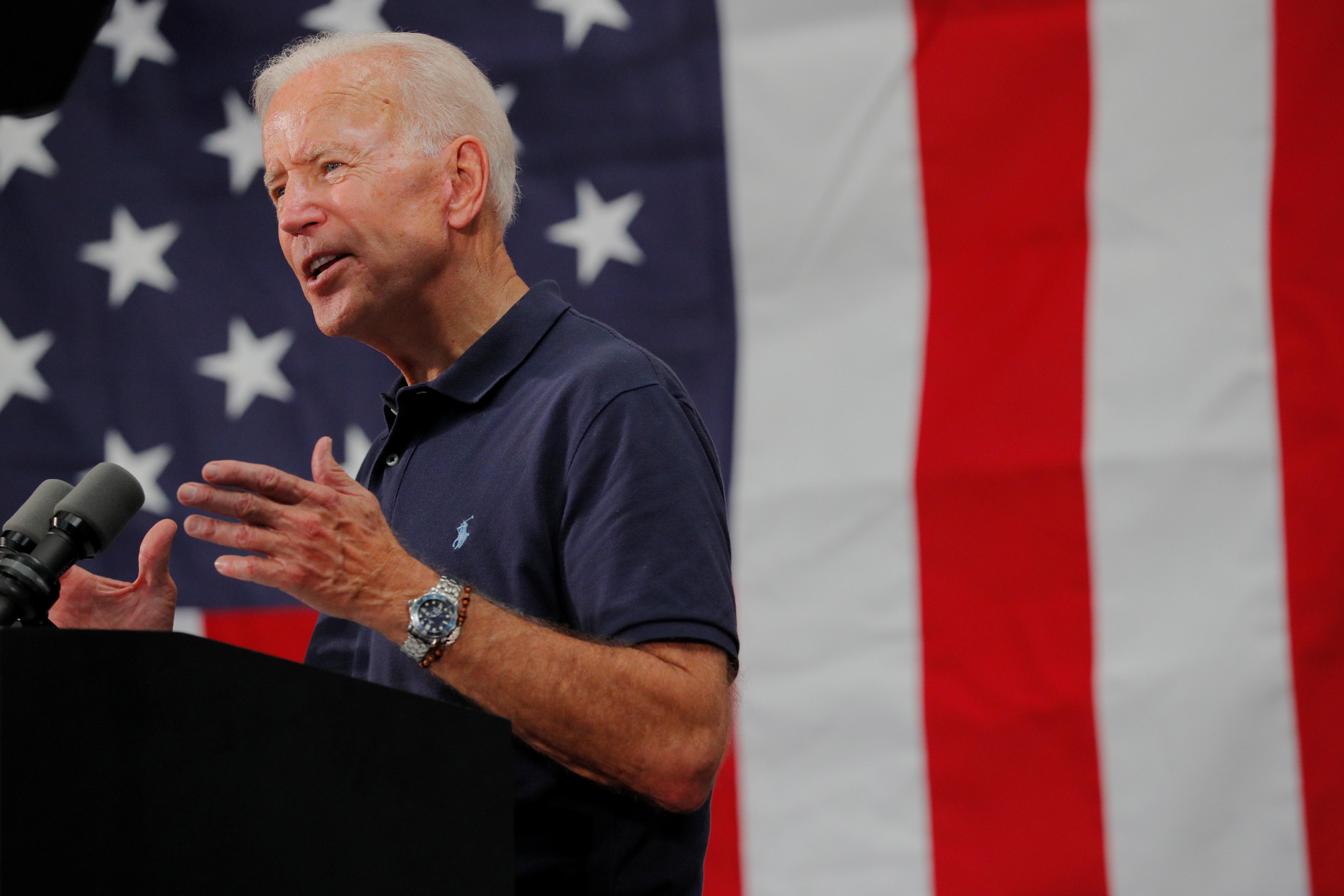 Wallace, known for his white supremacist views, served as governor of Alabama for 20 years from 1967 and unsuccessfully sought the Democratic presidential nomination several times. His 1972 presidential bid ended when he was shot, but he survived. Wallace died in 1998.

Biden, on a campaign swing in California, told a gathering that Trump is “more George Wallace than George Washington”.

Biden’s comment came amid allegations that Trump used racist language to criticize four women of color, all Democratic members of the U.S. House of Representatives, who have been opponents of the Republican president.

In a tweet, Trump said “they should go back and help fix the totally broken and crime infested places from which they came”.

Three of the four women were born in the United States. The fourth is a U.S. citizen.

Biden said he was particularly concerned about the possible impact of Trump’s rhetoric on American children.

“Our children are listening to this. What the president says matters. It matters, because the president is the face of the nation,” he said.

Biden himself came under attack last month from Democratic rival Kamala Harris, a U.S. senator from California and who is a woman of color, where she challenged him on the issue of race.

Biden has faced criticism for his recent comments that he worked decades ago with two Southern segregationist senators as a way to get things done in the U.S. Senate. Biden stressed that he entered politics in the early 1970s to fight for civil rights for minorities and for civil liberties.

Biden and Harris are two of 25 Democratic candidates vying to become the party’s nominee to take on Trump in the November 2020 election. The two Democrats will face off in a second televised debate on July 31.

Biden says he launched his 2020 White House bid after a white supremacist rally in Charlottesville, Virginia, which took place in 2017. A woman protesting against the white supremacists was murdered during the rally. Trump said after the rally that there were “good people on both sides”.

Trump considering handful of candidates for chief of staff: sources

Trump says he will not release his tax returns
Politics News