Keir Starmer urged to 'bring Corbyn back' by McDonnell

The former Labour leader said it was “a bit rich” for the current Labour leadership “to dump” on him responsibility for the Party’s poor performance in an interview with the ITV News Politics Podcast Calling Peston. Jeremy Corbyn, who led the party to the worst general election defeat since 1935 eighteen months ago, told Daniel Hewitt and Shehab Khan that he took “no responsibility ” for the local or by-election results – instead, blaming Sir Keir for “bizarre” election messaging and for agreeing with the government too much during the pandemic.

Mr Corbyn said: “I think it’s a bit rich to start blaming me for stuff that’s been done over the past year that I’ve had absolutely no part of whatsoever.

“I do think that dumping on somebody because they’re not there anymore is a bit weak.

“Do I take responsibility for it? No.”

He added: “We had a set of popular policies in the last manifesto – green industrial revolution, investment in the economy, equality legislation, national education service – as a party, ditching all of that, we’ll be in an even worse position. 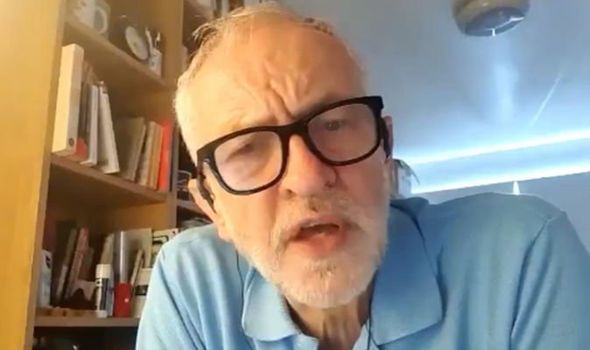 “People didn’t feel confident in what the policy offer was, and rather bizarrely, the leadership launched the local election campaign on the basis of national policies. Whereas of course, it’s a local election.

“But I think there’s the feeling that Labour had done too much agreeing with the government when many people’s experience of COVID is one of fear. We ended up being seen as a party that basically agreed with the whole government strategy.”