In perhaps the most uninspired choice in game show history, “Jeopardy!” announced it is replacing legendary host Alex Trebek with two successors: a guy few people have heard of, and an actress who has expressed some questionable opinions about vaccines.
It’s hard to imagine a more disappointing outcome for a show that’s been a tentpole on the air for the better part of four decades.

The genius of “Jeopardy!” has always been its relatively low-stakes, politically neutral format that let viewers at home play along — it was a place for Republican dads and their Democratic daughters to have it out over trivia instead of the election. It’s fun for the whole family!

Even those cringe-y personal anecdotes told between blocks reminded viewers that the people on TV weren’t special — they’re regular, boring nerds just like you. 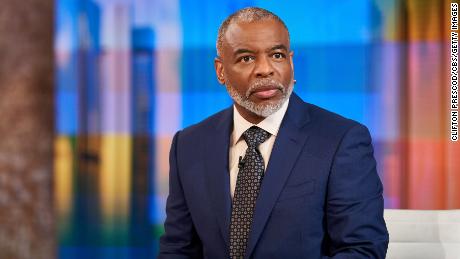 It had been a bittersweet year for the show and its fans. After Trebek’s death late last year, 2021 began with superstar player Ken Jennings as the first in a guest-host merry-go-round. There were plenty of highlights along the way (Anderson Cooper and Aaron Rodgers) and low-lights (Dr. Oz). Millennial fans unequivocally championed LeVar Burton, the man who stoked our intellectual curiosity as children, imploring us that we can be anything — just take a look, it’s in a book — on the “Reading Rainbow.”
At the very least, fans felt they deserved a fair and transparent process. Instead, we got Mike Richards, the executive producer of the show, stepping in for Trebek day-to-day. Mayim Bialik, the second host, will lead a spinoff series and some prime-time specials — a setup that I can’t help but see as one in which the woman, the gender diversity hire, is asked to play second fiddle to the leading man.
The whole thing feels reminiscent of the 2000 presidential campaign when Dick Cheney, tasked with finding a VP running mate for George W. Bush, announced he’d found just the guy: himself. (Richards and the team over at “Jeopardy!” maintain that Richards, who fared well in his tryout as host, had no part in the process.)
Richards’ selection is problematic for a few reasons.
You’d think that, in 2021, the show would carefully vet each candidate and avoid any unsavory scandals. But as soon as Richards’ name was floated as a frontrunner last week, a backlash ensued.
Fans were quick to point out the appearance of a conflict of interest — I’m certainly not the first to make the Dick Cheney comparison. And Richards has also faced allegations of discrimination and harassment from a decade ago, when he was the executive producer of “The Price Is Right.” A lawsuit, which was filed by a model on the game show in 2010, was settled in 2016. 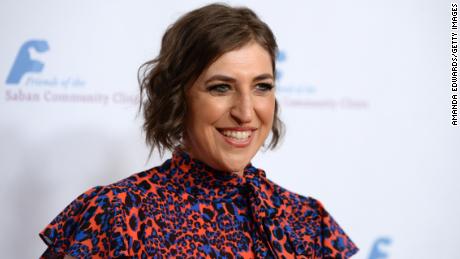 Richards has maintained the choice of successor was never his to make, and he said he was humbled at being considered. He also addressed the reports about his “Price Is Right” days: “These were allegations made in employment disputes against the show… The way in which my comments and actions have been characterized in these complaints does not reflect the reality of who I am…”
Then there’s Bialik, the actress and neuroscientist known for her roles in “Blossom” and “The Big Bang Theory.” Bialik has had her own controversies over the years — she’s been accused of being an anti-vaxxer, though she recently sought to clarify past statements, saying she did receive the Covid-19 vaccine. She also apologized in 2017 for an op-ed in the New York Times that suggested conservative clothing and modesty could help prevent women in Hollywood from being sexually assaulted.
No one’s perfect, certainly, but in the social media age it’s confounding that “Jeopardy!” seems to have failed to anticipate any of this backlash. Or if they did anticipate it, they didn’t care — and I honestly can’t decide which is more offensive.
There are probably plenty of people out there saying, “What’s the big deal? It’s just a game show.” And that’s true. But “Jeopardy!” isn’t like other game shows, because it was built by Trebek, who imbued it with a nerdy authority. In an era where few public intellectuals ever become household names, Trebek — with his esoteric air, his exacting pronunciation and stringent adherence to the rules — became a pop culture icon.

That’s why the optics here matter as much as any of the contenders’ ability to call out category titles and read clues. The daily “Jeopardy!” host embodies knowledge itself — he (it’s always been a he) quite literally has all the answers.
The choice of yet another white man, who also happens to be an insider of elite TV media, sends a clear message: The boys are not ready to hand over the keys yet, and no amount of public shaming or appeals to diversity can convince them that they should.
Source: Read Full Article