The fiancee of slain Washington Post columnist Jamal Khashoggi, Hatice Cengiz, is set to testify on Capitol Hill Thursday, in an effort to shed a light on the importance of a free press and the dangers facing those who report on human rights violations.

Khashoggi was a high-profile critic of the Saudi government, especially Crown Prince Muhammad bin Salman. Khashoggi lived in the United States and often criticized Saudi Arabia’s human rights record in his columns for the Washington Post. His last column for the paper was titled “What the Arab world needs most is free expression.”

Khashoggi had traveled to the Saudi consulate in Istanbul to obtain paperwork required to marry Cengiz in late September 2018. He was told to come back, and returned on Oct. 2, while Cengiz waited outside. Khashoggi never re-emerged from the consulate.

“We still don’t know where Jamal’s body is,” Cengiz told ABC News’s Ian Pannell during her first American television appearance in late October. “There is no explanation about this. He did not have a funeral yet. This is not acceptable in Islamic rules.”

“This is our last duty to fulfill,” she said.

The grieving fiancee has previously called for the case to receive political attention.

“The president of the United States has to look at this from the point of view of humanity and consider it an international tragedy, and it should come before international politics and diplomacy,” Cengiz told ABC News.

But Cengiz was not entirely hopeful about the prospects for diplomacy. Asked whether she was concerned that politics would ultimately triumph over truth, she simply replied, “yes.” 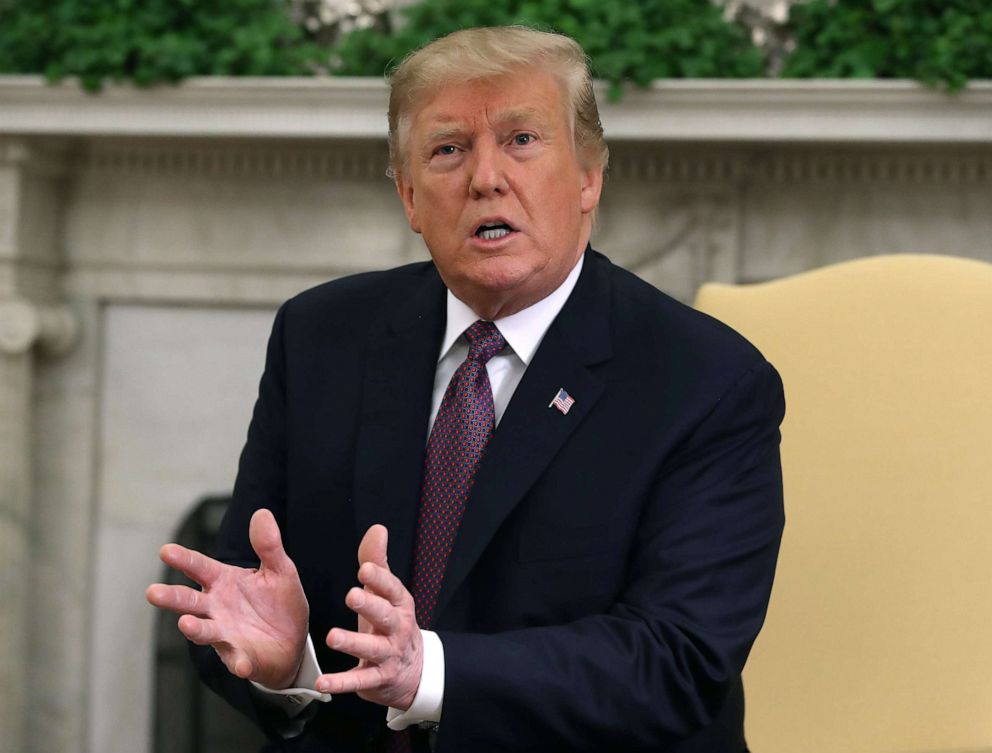 On Capitol Hill, lawmakers on both sides of the aisle have blasted the Trump administration for continuing to defend the Saudi government in the wake of the killing. Members of Congress have pressed for more briefings about what actually happened to Khashoggi, and the Senate unanimously passed a resolution in late 2018 saying the crown prince was responsible for Khashoggi’s killing.

Congress also passed a resolution to pull U.S. military support from the Saudi-led conflict in Yemen, a measure widely seen as a rebuke of the Trump administration’s pro-Saudi stance. President Donald Trump vetoed the resolution.

The killing was a brutal end to a blossoming love story. Cengiz and Khashoggi met at a conference in Istanbul in May 2018. Cengiz was attending as a researcher and asked to interview Khashoggi, a prominent dissident.

“I was really honored and proud when this powerful, great journalist and author got into contact with a researcher like me and agreed to do the interview, and immediately a warm dialogue started between us immediately got started,” Cengiz told ABC News.

“He is a very respectful, very modest and very sincere person — very far from being arrogant and disdainful,” she said. “He has a big heart.”

When he proposed, she said she readily accepted.

“I was honored,” she said. “Besides the feelings of love and respect, I felt honored. I could name it as a heightened sense of self-confidence. I mean, I felt so lucky and I felt so wonderful.”

But the warm feelings came crashing down as the wedding planning led them to that fateful day at the Saudi consulate in Istanbul. While Cengiz waited for word of her fiance’s whereabouts, she said she tried to maintain hope he was alive. Only when she heard reports that a planeload of Saudis had arrived in Istanbul the morning Khashoggi disappeared and left that evening, did Cengiz begin to fear the worst.

“I didn’t want to believe,” she said. “That was the first day I said to myself perhaps there could be a tragedy. I wanted to believe that he was alive until the end.”

Khashoggi was also a father of four. The Washington Post recently reported that Khashoggi’s two sons and two daughters received million-dollar homes in Saudi Arabia and large monthly payments as a form of compensation for the killing of their father.

The Post reported that the payments are aimed to ensure the Khashoggi family refrain from criticism of the Kingdom in public statements. They have done so, and Khashoggi’s son Salah subsequently tweeted a statement saying “acts of generosity” from the Saudi rules “come from the high moral grounds they possess, not admission of guilt or scandal.”

In retaliation for the murder, the Trump administration has sanctioned 17 Saudi officials and issued visa bans or revocations for them and four others to date, all of whom have been implicated by the Saudi government itself. The kingdom says that the murder plot was a rogue operation ordered by the deputy intelligence chief and with no knowledge of the crown prince.

“We know that the crown prince did not order this. We know that this was a rogue operation,” Saudi Minister of State for Foreign Affairs Adel al Jubeir has said. “These things happen. Mistakes happen.”

Trump issued a statement in November that said the crown prince’s role may never be known, and Secretary of State Mike Pompeo and other top administration officials have said there is no “direct evidence” or “smoking gun” implicating the crown prince, who is next in line and considered the real power behind his father King Salman’s throne.

Sushi or shellfish? Congressmen place bets on the World Series

Who is Stacey Abrams, the Democrat who will respond to Trump’s State of the Union?
Politics News