The acknowledgment came as the Biden administration faces heavy criticism over its handling of the withdrawal of American-led forces from Afghanistan. 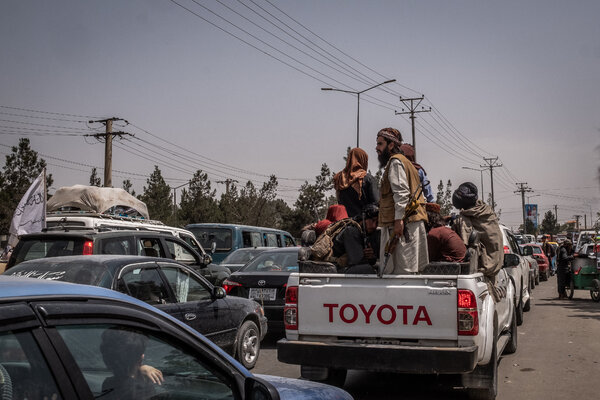 WASHINGTON — Intelligence reports presented to President Biden in the final days before the Taliban takeover of Afghanistan this past week failed to predict the imminence of the Afghan government’s collapse, even after their earlier warnings had grown increasingly grim, senior intelligence and defense officials said on Wednesday.

The intelligence agencies had been stepping up their warnings about the deteriorating conditions in Afghanistan throughout the summer. Their reports grew more specific in July, noting how the Taliban had taken control of roads leading to Kabul and how the group had learned lessons from its takeover of the country in the 1990s.

But senior administration officials acknowledged that as the pace of White House meetings on Afghanistan grew more frenzied in August and in the days leading up to the Taliban takeover this weekend, the intelligence agencies did not say the collapse was imminent.

“As the president indicated, this unfolded more quickly than we anticipated, including in the intelligence community,” Avril D. Haines, the director of national intelligence, said in a statement to The New York Times.

Speaking at the Pentagon, Gen. Mark A. Milley, the chairman of the Joint Chiefs of Staff, also said intelligence predictions of when the Afghan security force would stop fighting and of the government collapse varied widely.

“There are not reports that I am aware of that predicted a security force of 300,000 would evaporate in 11 days,” General Milley said.

The acknowledgments came as the Biden administration faces its gravest foreign policy crisis so far and weathers heavy criticism of how the White House handled the military’s withdrawal from Afghanistan and the final days of the government in Kabul.