Inspiring Black Voters Is Key to Biden’s Prospects in Florida

Democratic groups are pouring money into get-out-the-vote efforts in Black precincts to try to increase turnout from 2016, in a state that is critical to President Trump’s re-election chances. 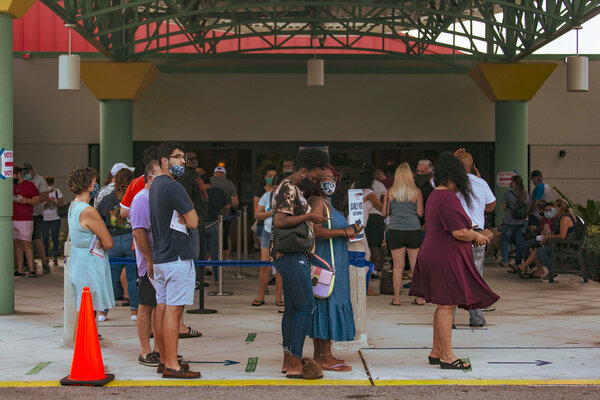 JACKSONVILLE, Fla. — One Saturday last month, after Democrats held a news conference in this city’s predominantly Black east side to promote the start of early voting, State Senator Audrey Gibson offered her view about why turnout among Florida’s African-Americans dropped so strikingly in 2016.

“Some people were in mourning because President Obama could not run again,” Ms. Gibson said.

Around the corner, Joanne Townsend was blunter as she prepared fried fish and steamed crabs at a charity event. “We didn’t really think he was going to get in there last time,” Ms. Townsend, a retiree, said while reflecting the pervasive skepticism that Donald Trump could win in 2016. “I kept saying, ‘They’re not going to put that fool in there,’ and he got in there.”

Four years after President Trump carried Florida by just over one point, no other single battleground poses quite the impediment to his re-election as America’s largest traditional swing state. A loss in Florida, where several late polls show Joseph R. Biden Jr. with a modest lead, would be the most ominous sign for the president’s re-election chances on Tuesday night, given that the state was expected to report results faster than most key battlegrounds.

And no group of voters may be as vital to Mr. Biden’s success as African-Americans in Florida, a complicated political patchwork that is difficult for Democrats to capture under favorable circumstances and all but impossible for them to win if there is any ebb in enthusiasm among Black voters.

That’s what happened four years ago when only 65 percent of the state’s Black voters cast ballots, compared with 73 percent in 2012. In county after county where Black voters represent at least a quarter of the population — from the lightly-populated farmland in the Florida Panhandle to the state’s pulsating cities — Hillary Clinton’s share of the vote declined from what former President Barack Obama had garnered four years earlier. 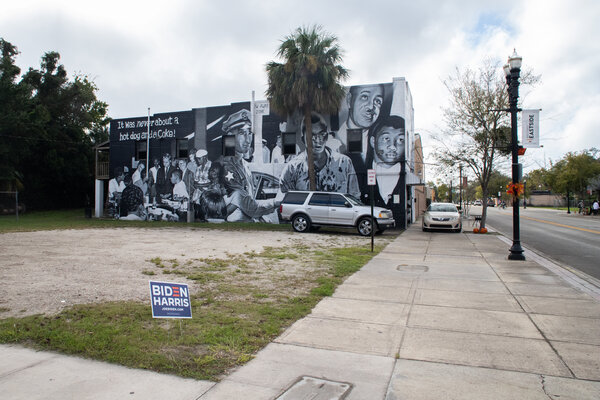 Mr. Biden’s fate in Florida may hinge in part on whether he can reverse that slide.

“There was a lack of excitement four years ago,” said Ramon Alexander, a state representative from the Tallahassee area, who recalled the lack of energy in the city’s two large universities: Florida State and the historically Black Florida A&M. “I remember talking to young folks in the dorms at FAMU and F.S.U.; they were not going to vote or some were voting for Jill Stein. I haven’t heard any of that this time.”

The initial indicators for Mr. Biden have been mixed and Democratic groups, including those funded by Michael R. Bloomberg, have raced to pour more money into get-out-the-vote efforts in Florida’s Black precincts, according to party strategists familiar with the spending.

Democrats also raced over the weekend to organize a second event for Mr. Obama in South Florida in as many weeks for an election eve rally.

Despite the challenges, many African-American leaders here say they are reassured by the boiling anger among their constituents toward the president.

The US passport has dipped in value in 2020. Wealthy Americans are looking to diversify.