Home » Politics » I helped U.S. troops in Afghanistan. I’m safe now, but I worry for friends I left behind.

I helped U.S. troops in Afghanistan. I’m safe now, but I worry for friends I left behind.

When the Taliban took power in Afghanistan in 1996, millions of Afghan girls were shut out of school. I was one of them.

It wasn’t until the eventual defeat of the Taliban government in 2001, when I was 13 years old, that I entered a school for the first time in five years.

It was one of the happiest days of my life, but it was still a dangerous time to be a girl in Afghanistan, seeking an education. I learned English secretly, in a private class outside of school, and when I graduated, I knew I wanted to be a part of Afghanistan’s reconstruction. I became a print journalist for a magazine operated by NATO’s security mission in Afghanistan, the U.S.-led International Security Assistance Force in Farah, in the western part of Afghanistan. There, I covered ISAF activities having a positive impact in the community.

Give them a staging ground: I served with our Afghan allies, interpreters. Here’s how we can evacuate them to safety.

I was one of few women employed there, and it was dangerous for me to be so openly in support of the United States. The Taliban viewed, and still views, Afghan translators and journalists as traitors, and we were among their biggest targets. I frequently received death threats, and eventually, for my family’s safety, I moved to a more secure part of the country and became a radio journalist for the ISAF, broadcasting success stories of women and informative programs for children on the radio.

The special visa to safety

In 2011, I married another Afghan journalist, who worked with the U.S. Army. Because he often traveled through Afghanistan with U.S. troops, he was even more recognizable to the Taliban than I was. Later we heard about Special Immigrant Visas, created in 2006 and designed for Afghans or Iraqis who have served the U.S. government and are experiencing an ongoing serious threat as a consequence of that employment.

It took five years for our visas to be approved. By then, we had four young children. Because my fourth had not been born when we filed for our visas, she was not able to come with us. We had to leave her in Afghanistan for three months until her visa could be processed.

When we arrived in America in 2020, we were greeted at the airport by volunteers from World Relief Memphis, an advocacy group for immigrants and refugees in the United States. We were lucky that we already knew English, so we didn’t have as much culture shock as some immigrants, but we came with nothing. World Relief Memphis helped us find jobs and a place to live.

Today, I work with my county’s emergency rental and utility assistance program in Memphis, and I am hoping to go to graduate school.

My husband and I were the fortunate ones. We were among the more than 15,000 Afghans who worked with the United States and whose lives have been saved by this program. But there are 18,000 others who are still waiting for visas. Currently, for example, no more than 50 Afghan or Iraqi translator applicants are granted Special Immigrant Visas each year. And children like mine can be left behind because the sheer volume of applications means they take longer to approve. 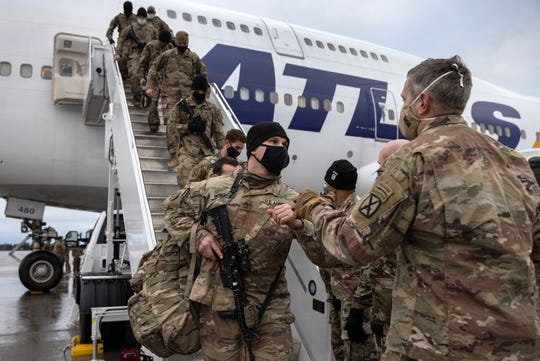 Now, with the planned U.S. withdrawal of troops from Afghanistan by this Sept. 11, America urgently needs a faster path to safety for the Afghans who aided U.S. troops.

Veteran: Afghanistan’s toxic burn pits left me staring down the barrel of a death sentence

In a bipartisan letter to the White House in May, 20 senators, led by Sens. Jeanne Shaheen, D-N.H., and Joni Ernst, R-Iowa, asked for an increase in allotted Special Immigrant Visas in the face of continuing Taliban threats. They asked for at least 20,000 additional visas for fiscal year 2022 and improvements that will facilitate faster processing of the visas.

A Special Immigrant Visa now takes on average 996 days to process, according to recent report by the Departments of State and Homeland Security. That is nearly three years, and often it takes much longer.

I’m worried about the friends my husband and I left behind, those who have risked their lives in support of U.S. troops. The risk to them is very real. I pray that the United States will not abandon them.

Seeta Habib is a refugee from Afghanistan and a mother of four residing in Memphis, Tennessee. She is a processing specialist at the Shelby County Emergency Rental Assistance Program.