Home » How to watch Biden's address to Congress on Fox News

How to watch Biden's address to Congress on Fox News 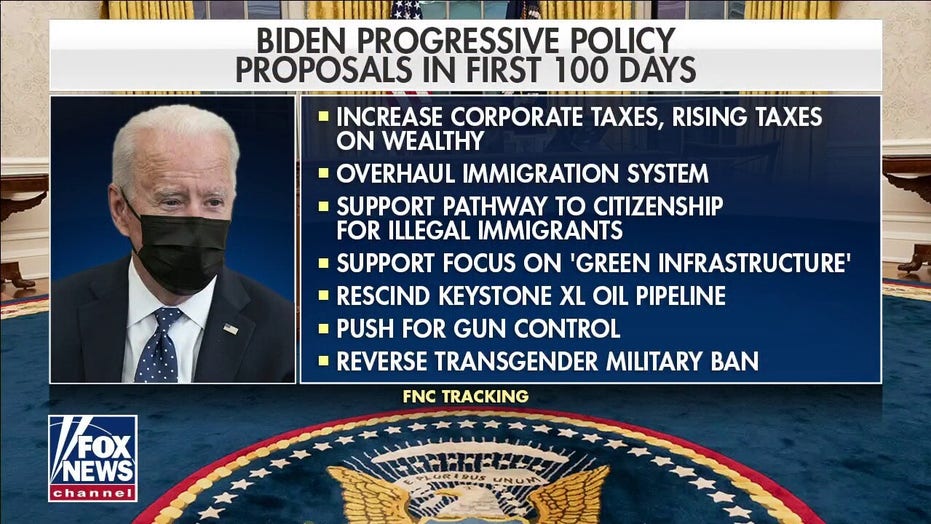 President Biden is scheduled to give his first address before a joint session of Congress Wednesday night at 9 P.M., marking his first 100 days in office.

It is not technically a State of the Union address, which is given by a president starting their second year in office, but it is still a major event. If you don’t want to miss out on coverage, here’s the schedule and what to expect.

9 P.M. ET:  Fox News Digital will stream President Biden’s entire address, as well as provide up-to-the-minute details and a live blog on FoxNews.com. The site will also provide coverage of the Republican and progressive rebuttals to the president’s remarks, featuring video clips of reaction and analysis from the channel.

9 P.M. ET: On Fox Broadcasting, “America Reports” co-anchor John Roberts will provide live coverage from Washington, DC, which will be offered to all Fox affiliates.

11 P.M. to 1 A.M ET: Special editions of “Hannity” will be presented live, followed by “The Ingraham Angle” and “Fox News @ Night.”

COVID changes to the Congressional event

Only guests invited by Congressional leadership will be allowed to attend this year’s presidential address to Congress.

The invite-only event — due to tightened coronavirus restrictions — means not only a lightened security load for Capitol Police but a strict no-guest policy.

Chief Justice John Roberts is the only member of the Supreme Court who will be in attendance.

As the House is in recess this week it is unlikely many Representatives will return to the Capitol for Biden’s address.

Chad Pergram and the Associated Press contributed to this report.