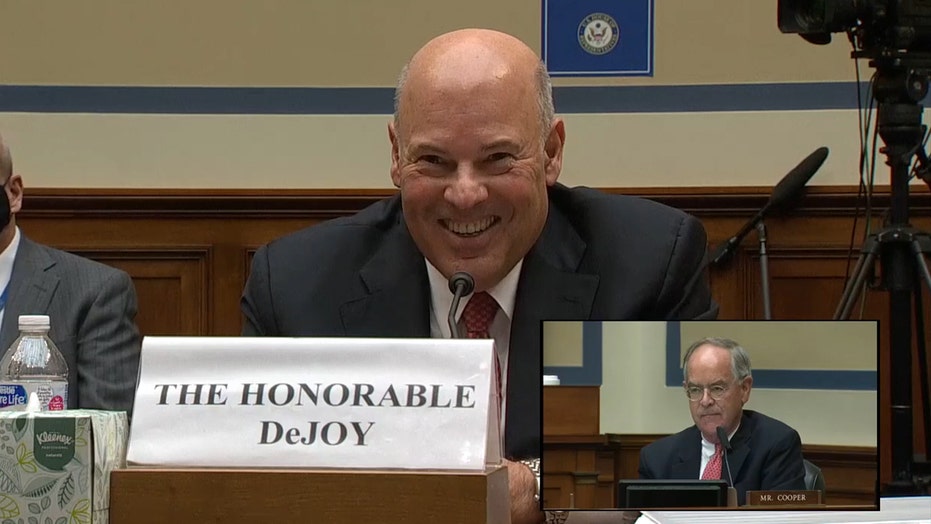 Rep. Cooper asks whether Postmaster General DeJoy is above the law

The House Oversight Committee has opened up a new front in its investigation of Postmaster General Louis DeJoy for allegedly pressuring his employees to make campaign donations to GOP candidates.

The Washington Post reported this weekend that while DeJoy was CEO of New Breed Logistics, he or his aides pressured employees to write checks and attend GOP fundraisers at his mansion, five people who worked for New Breed told the paper. DeJoy, a megadonor for the Republican Party, would reimburse the employees through bonuses, an arrangement that is unlawful, the Post reported Sunday.

“If these allegations are true, Mr. DeJoy could face criminal exposure—not only for his actions in North Carolina, but also for lying to our Committee under oath," House Oversight Committee chairwoman Rep. Carolyn Maloney, D-N.Y., said in a statement Tuesday to Fox News. "We will be investigating this issue, but I believe the Board of Governors must take emergency action to immediately suspend Mr. DeJoy, who they never should have selected in the first place.”

Maloney is referencing testimony DeJoy gave the Oversight Committee on Aug. 24 when he was called to answer questions on mail delays and cost-cutting measures before the presidential election, which will rely increasingly on mail-in ballots due to the coronavirus pandemic.

"Did you pay back several of your top executives for contributing to Trump’s campaign by bonusing or rewarding them?" Cooper asked.

"That’s an outrageous claim, sir, and I resent it," DeJoy said, noting he wasn't working at his company during the Trump campaign. "The answer is no." 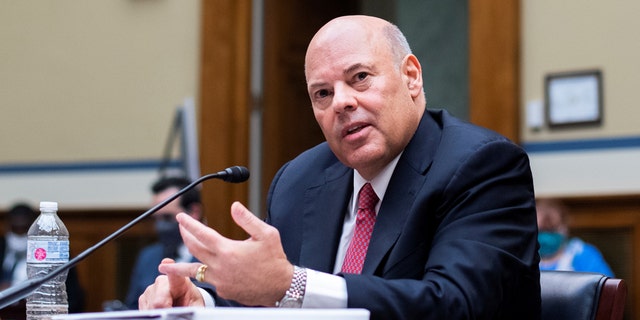 Postmaster General Louis DeJoy testifies before a House Oversight and Reform Committee hearing on slowdowns at the Postal Service ahead of the November elections on Capitol Hill in Washington, Aug. 24, 2020. (Tom Williams/Pool via REUTERS

Monty Hagler, a spokesman for DeJoy in his private capacity, provided Fox News with a statement Tuesday that DeJoy consistently encouraged employees and family members to be active in their communities and provided them with various volunteer opportunities to get involved in activities.

"Mr. DeJoy was never notified by the New Breed employees referenced by the Washington Post of any pressure they might have felt to make a political contribution, and he regrets if any employee felt uncomfortable for any reason," Hagler said.

"During his leadership of New Breed Logistics, Mr. DeJoy sought and received legal advice from the former General Counsel of the Federal Election Commission on election laws, including the law of political contributions, to ensure that he, New Breed Logistics and any person affiliated with New Breed fully complied with any and all laws," Hagler said. "Mr. DeJoy believes that all campaign fundraising laws and regulations should be complied with in all respects.”

LOUIS DEJOY: WHAT TO KNOW ABOUT THE POSTMASTER GENERAL

Trump on Monday said he supports the investigations into DeJoy and suggested if he did something wrong DeJoy should lose his position.

When asked if DeJoy should resign or lose his position if the campaign finance scheme is proven, Trump replied: "Yeah. If something can be proven that he did something, always."

DeJoy took the helm of the United States Postal Service in June and has been under the microscope for cost-cutting measures that have disrupted mail service.

Last week, Maloney subpoenaed DeJoy for his calendar, documents and communications during his nearly four months on the job.

The committee has been investigating mail delays and potential disruptions to election mail. DeJoy missed the Aug. 26 deadline the Democrats set for him to voluntarily turn over the documents, and Maloney followed through on her subpoena threat for the materials.

The subpoena sets a deadline for noon Sept. 16 for the United States Postal Service (USPS) to deliver the documents to Congress.