Budget Committee Ranking Member Rep. Jason Smith, R-Mo., and Oversight Committee Ranking Member Rep. James Comer, R-Ky., sent a letter to Sperling, whose official title is American Rescue Plan coordinator on Friday. In it, they ask him to investigate the New York program, which will offer one-time payments of up to $15,600 to undocumented immigrants who lost their jobs during the pandemic.

“Given the questions raised by the actions of the State of New York, we sincerely hope you will use your position to protect the integrity of American taxpayer dollars and put American families first,” Comer and Smith wrote.

Comer and Smith also pointed out what they say is a “quite peculiar” price tag on New York’s funding for illegal immigrants.

“Coincidentally, the amount of additional federal dollars New York appears to be receiving because of the change in the funding distribution formula is exactly the same as this new fund for illegal immigrants – $2.1 billion,” the Republicans added.

In order to qualify for the money in the New York program, individuals must prove they are New York residents who were ineligible for unemployment benefits and stimulus checks due to their immigration status. They will also need to demonstrate that they lost income during the pandemic. 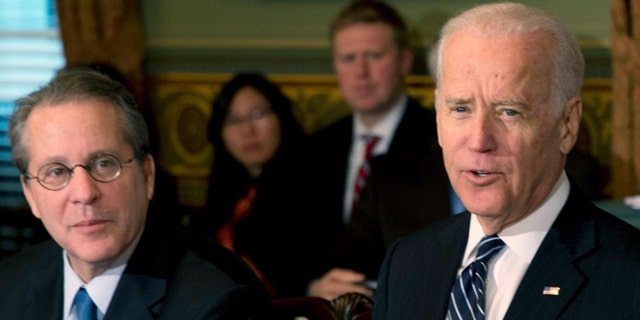 “Half a million of our fellow New Yorkers happen to be undocumented. They are part of our city, they are part of the life of our city,” he said. “They have been suffering without a lot of the help other people have gotten. This is part of how we recover together, so I do think it was the right thing to do.”

De Blasio also said he had no concerns over such large financial benefits amid a massive surge of migrants to the U.S. southern border, saying the “root cause” of illegal immigration is poor conditions in Central American countries.

Nevertheless, Republicans slammed the New York program as an example of poor governance in the liberal state.

“Why are taxes high in New York? So the government can pay illegal immigrants up to $15,600. In New York, it pays to break the law,” Sen. Tom Cotton, R-Ark., tweeted Thursday.

Comer and Smith requested a response from Sperling by April 16.