Officials from the UK’s data watchdog have raided two homes and seized computers as part of an investigation into a leak of CCTV footage of disgraced former health secretary Matt Hancock kissing a departmental aide.

The Information Commissioner’s Office said its teams searched two addresses in the south of England on Thursday and took personal computer equipment and other electronic devices.

It follows a complaint by EMCOR Group, which provides CCTV services for the Department of Health and Social Care, who have alleged that images were taken from the department’s CCTV system without consent. 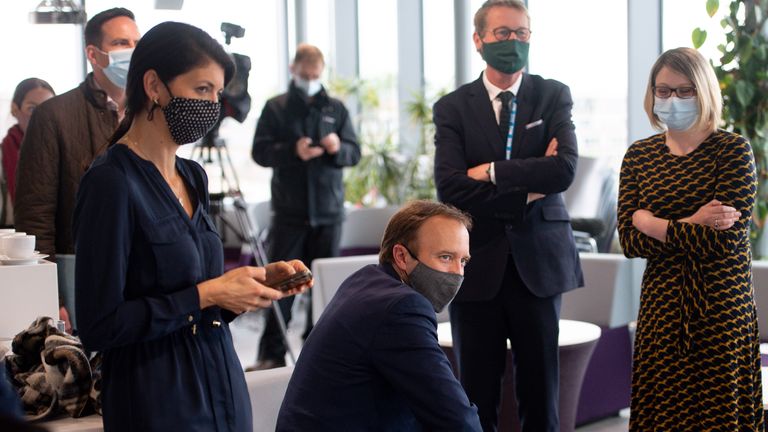 CCTV images and footage of Mr Hancock embracing his aide Gina Coladangelo were later published by The Sun newspaper on 25 June.

Mr Hancock subsequently resigned as health secretary after admitting to breaching the COVID rules he himself had helped design.

Steve Eckersley, the ICO’s director of investigations, said: “It’s vital that all people, which includes the employees of government departments and members of the public who interact with them, have trust and confidence in the protection of their personal data.

“In these circumstances, the ICO aims to react swiftly and effectively to investigate where there is a risk that other people may have unlawfully obtained personal data.

“We have an ongoing investigation and will not be commenting further until it is concluded.”

The Department of Health and Social Care has previously said that a CCTV camera in Mr Hancock’s office was installed as part of renovations in 2017.

However Mr Hancock, who became health secretary in 2018, was not made aware of the camera.

His replacement as health secretary, Sajid Javid, has since said the camera has been disabled by the department.

Mr Hancock’s embrace with Ms Coladangelo was captured on CCTV in May, at a time when hugging those you do not live with was a breach of coronavirus guidance.

In his resignation letter to Prime Minister Boris Johnson last month, Mr Hancock said that ministers “owe it to people who have sacrificed so much in this pandemic to be honest when we have let them down as I have done by breaching the guidance”. 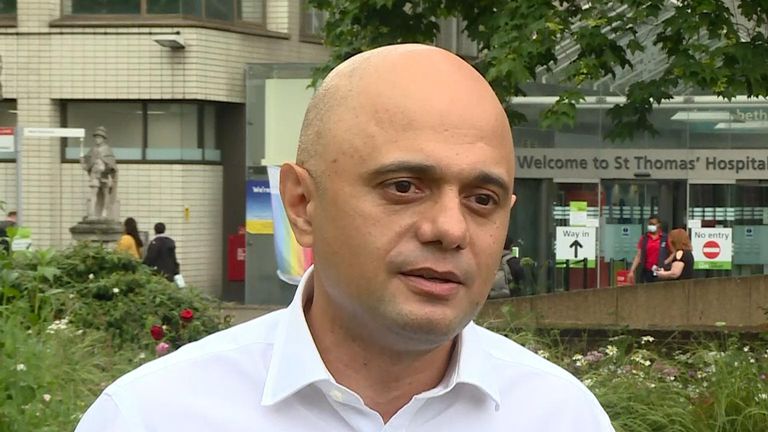 The ICO investigation into a leak of CCTV footage comes as the Department of Health and Social Care is itself being formally investigated by the watchdog over the use of private email addresses by ministers during the COVID crisis.

The ICO has a range of powers for those found to have breached data regulations, including the option of criminal prosecution.