Michael from Surrey called into Rachel Johnson’s LBC show today and criticised the leader of the Opposition for failing to be a “champion for the people”. The caller claimed Sir Keir had become “invisible” at a crucial point during the strikes and warned of worse to come as teachers, NHS workers and doctors could join the action. It comes as Boris Johnson branded the Labour Party a “disgrace” at Prime Minister’s Questions today after it emerged senior figures had ignored Sir Keir’s instruction to avoid joining the picket lines.

Caller Michael said: “Well, obviously the Government could have done more to sit down [with the RMT] but I am just disgusted with the invisible Keir Starmer.

“I think Keir’s done a bad thing by not coming out and being a champion for the people who are demanding more because it is not going to be long before the NHS does the same.

“For the Labour Party that lost a majority of its voters to Boris because he was getting Brexit done, Keir is still scared the voters are going to go with Boris and not with him.” 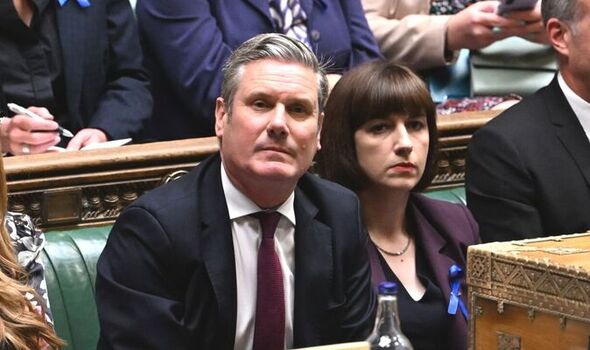 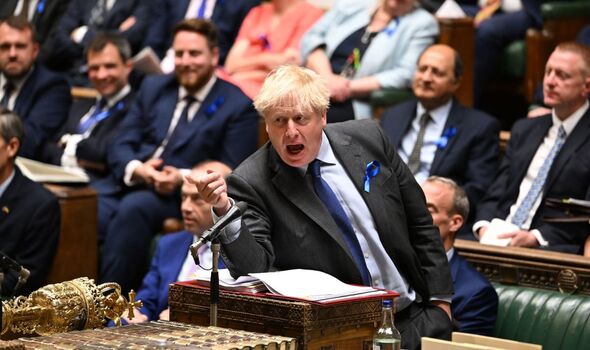 A fresh strike by rail workers will go ahead tomorrow after the union at the centre of the bitter dispute over jobs, pay and conditions accused the transport secretary of “wrecking” negotiations.

Talks were held today between the Rail, Maritime and Transport union (RMT), Network Rail and rail operators in a bid to break the deadlocked row.

RMT general secretary Mick Lynch said: “Grant Shapps has wrecked these negotiations by not allowing Network Rail to withdraw their letter threatening redundancy for 2,900 of our members.

“Until the Government unshackles Network Rail and the train operating companies, it is not going to be possible for a negotiated settlement to be agreed.” 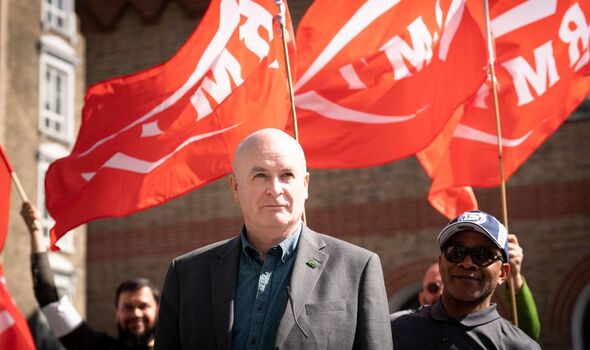 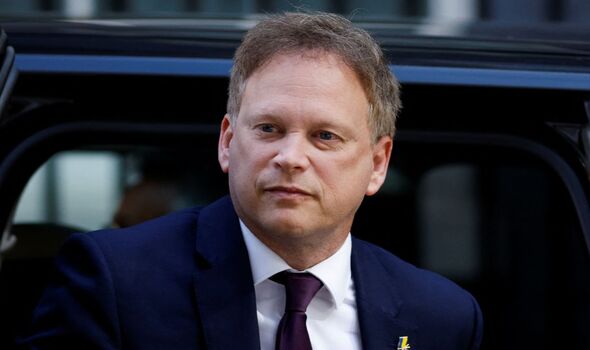 He added: “We will continue with our industrial campaign until we get a negotiated settlement that delivers job security and a pay rise for our members that deals with the escalating cost-of-living crisis.”

But Mr Shapps accused Mr Lynch of telling a “total lie”, arguing he had “absolutely nothing to do” with the issuing of a letter from Network Rail or any request to withdraw it.

Meanwhile, Boris Johnson was accused of failing to lift a finger to prevent the rail strikes that have caused travel chaos.

Sir Keir Starmer said the Prime Minister and Mr Shapps had refused to meet the unions representing rail workers ahead of this week’s industrial action. 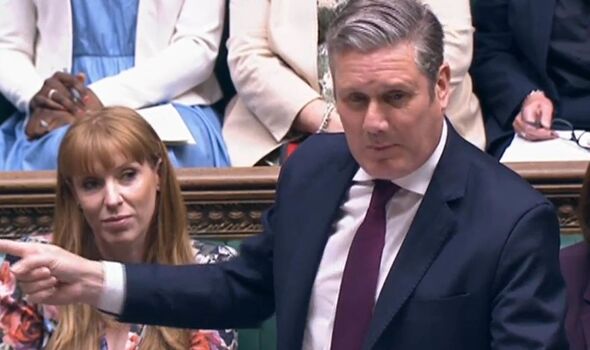 But the Prime Minister hit out at Sir Keir, saying it was a “disgrace” that Labour MPs had joined RMT members on the picket lines outside railway stations.

Mr Johnson said: “It is a disgrace, when we are planning to make sure that you don’t have ticket offices that sell fewer than one ticket per hour, that he yesterday had 25 Labour MPs out on the picket lines.”

Mr Johnson said Labour was “backing the strikers while we back the strivers”.

Sir Keir shot back: “The Prime Minister of this country and his Transport Secretary haven’t attended a single meeting, held a conversation or lifted a finger to stop these strikes.”