Conservative MPs have been left outraged by the decision to issue Britain with a demarche – a formal diplomatic dressing-down – over tensions in Northern Ireland. America’s top US diplomat in the UK, Yael Lempert, issued the rebuke to Lord Frost earlier this month, accusing the Government of rhetoric that risked undermining the Good Friday Agreement.

The US has indicated if the UK accepted demands to follow EU rules on agricultural standards, Mr Biden would ensure that it would not risk undermining chances of a US free trade deal.

The formal rebuke has set the mood for discussions between Mr Johnson and Mr Biden later today.

The two leaders are holding a meeting to discuss UK-US relations ahead of the G7 summit in Cornwall this weekend.

Tory MPs have been left furious by America appearing to side with the EU on the implementation of the Northern Ireland Protocol, which ministers argue is undermining the peace process. 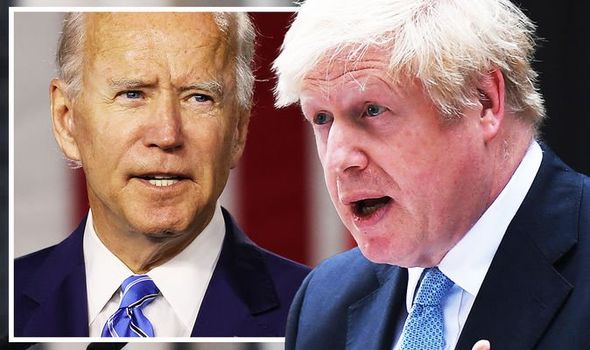 “I don’t actually believe this is Biden doing this.

“He’s lost the plot again. Somebody is pulling his strings because he’s senile and just hasn’t got it – if he ever had it.”

Another angry Conservative told this website the US was picking fights with the wrong people.

They said the Biden administration had issued a rebuke to the UK, one of America’s oldest allies, quicker than it had taken action against Iran or China.

“He’s talking to the wrong people on this one I’m afraid,” the MP said. 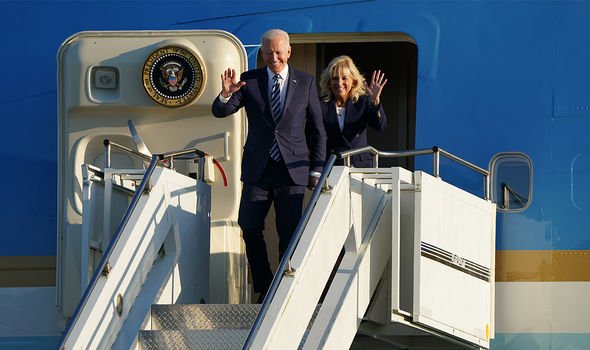 Meanwhile, Conservative MP Sir John Redwood said the US President should be siding with the UK against Brussels.

He said: “If President Biden wishes to back a good outcome on the island of Ireland he needs to press the EU to respect the UK internal market and the views of the majority in Northern Ireland.

“It is the EU disrupting trade.”

Yesterday Lord Frost held conversations with European Commission Vice President Maroš Šefčovič as the two sides try to find a way through the frictions caused by the Protocol in Northern Ireland. 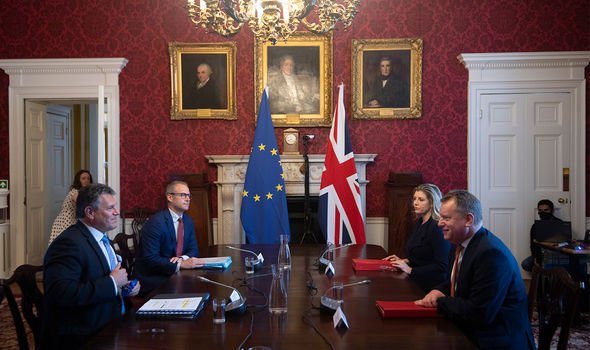 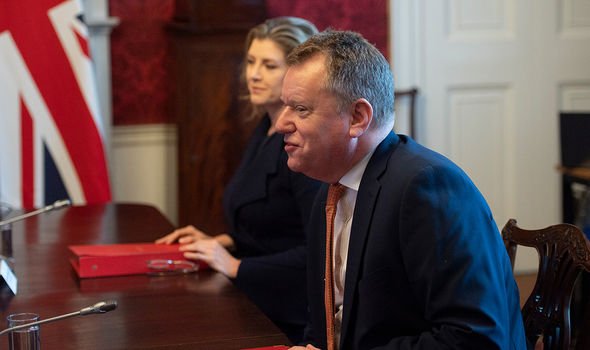 Britain says the mechanism is having an unacceptable impact on the UK’s internal market, while the EU demand the Protocol must be implemented in full as set out in the Brexit withdrawal agreement.

When Mr Johnson meets with the US President later today, sources say the Prime Minister will attempt to win over Mr Biden by outlining the UK’s position on the Protocol.

A senior UK source close to EU negotiations said: “We’ll be very happy to talk to the President obviously on Northern Ireland if he wants to talk about it.

“I’ve seen various statements made by the US Government on this in recent days, including today, which have the Belfast Good Friday Agreement at the centre of any solutions and we would agree with that.”

Yesterday the President’s national security adviser Jake Sullivan said it was “critical” the Good Friday agreement was not undermined by the fallout from Brexit.

He said: “President Biden believes and has said that the Northern Ireland Protocol, as part of the agreement between the UK and the European Union, is critical to ensuring that the spirit, promise and future of the Good Friday Agreement is protected.

“That being said, of course the UK and EU need to work out the specifics and the modalities on that, need to find some way to proceed that works both for the EU and the UK.

“But whatever way they find to proceed must, at its core, fundamentally protect the gains of the Good Friday Agreement and not imperil that.”