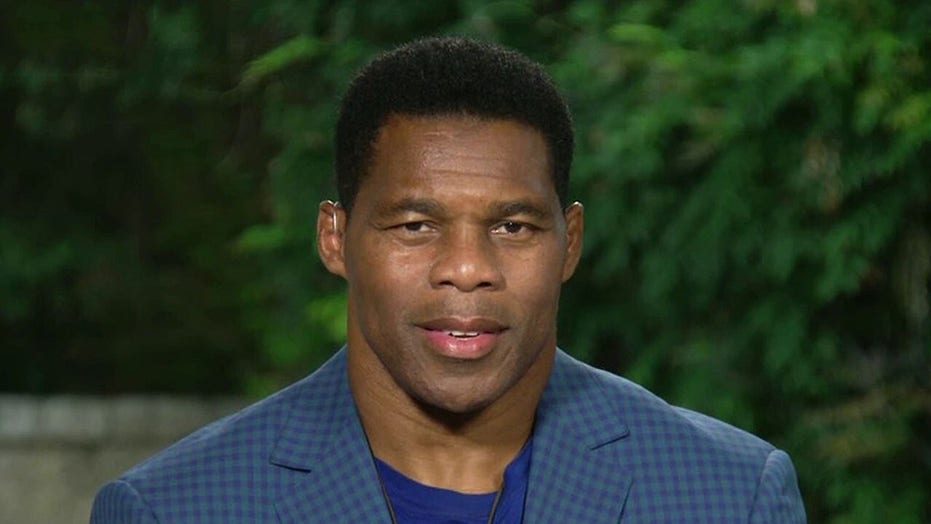 The Democratic National Convention was "upsetting" to watch as Joe Biden and Kamala Harris talked about racial justice when they haven't done anything for African-Americans, former Heisman Trophy winner Herschel Walker said Saturday.

"I love, love, love America. I'm a believer in the Lord Jesus Christ, and for them to play the race card when they talk with all the racism going on, but they don't even acknowledge what's going on on in all of these cities," Walker said on "Fox & Friends Weekend."

"They don't even acknowledge God and then all they want to do is talk about race, and I said, 'Guys, you are doing nothing for race, if you think about it.'"

The Trump-supporting football legend pointed to the primaries when Sens. Cory Booker, D-N.J., and Harris, D-Calif., accused Biden of "racist tendencies in the 1994 crime bill and then busing, but yet now, he's the best thing since sliced bread" for giving a speech at the DNC.

CNN commentator Van Jones disclosed Thursday that he and other Democrats were going to "praise" Biden's speech regardless of its context as long as the party's presidential candidate didn't "embarrass himself."

"People would have accepted anything," the former Obama adviser told host Anderson Cooper. "We just wanted Joe to get out there. You know, sometimes when he gets out there, you're afraid he's going to make a mistake, he's gonna have a gaffe. The expectations are so low, and then he came out there and he gave an extraordinary speech."

Walker, 58, believes Democrats need to be honest about issues the country is facing.

"There is a problem of equality that we gotta fix, but I don't know whether it's a problem that I think the Democratic Party is making it out to be because they won't even address it," he said. "Remember they've had all these hearings, but have they had a hearing on that yet? No."

The former running back for the Dallas Cowboys, Minnesota Vikings, Philadelphia Eagles and New York Giants also said Democrats want to turn the United States into a socialist country like Venezuela that is crippled with crime and poverty.

"American people need to wake up and African-Americans need to wake up, because every four years, we get on the plate now. We are excited. We are the fresh thing out there right now. That's not true, because, if that is true, things would have changed a long time ago."