Vice President Kamala Harris on Tuesday claimed that a lack of “climate adaptation and climate resilience” in Northern Triangle countries was one of the root causes of the migration crisis at the southern U.S. border — along with a list of other issues including violence and government corruption.

Republicans have pointed to the rolling back of Trump-era border protections like construction of the border wall and the Migrant Protection Protocols (MPP) for the surge in migration at the southern border this year — which has left the Biden administration scrambling to house them, and has seen migrants being released into the interior without court dates.

But the White House has doubled down on its emphasis on root causes such as violence and poverty for the reason for the surge. Harris, who has gone 41 days without a press conference on the border since being given the task of leading the diplomatic effort with Mexico and Central America, has repeatedly made a similar emphasis.

On Tuesday, in a speech to the Washington Conference on the Americas, she made a distinction between “acute causes” such as drought, food insecurity and COVID-19 and “long-standing” root causes.

While she didn’t immediately go into details, she later spoke of delivering food, shelter and water to the people of Honduras, and, in Guatemala, working with farmers to plant drought-resistant crops and help women farmers increase their crops. 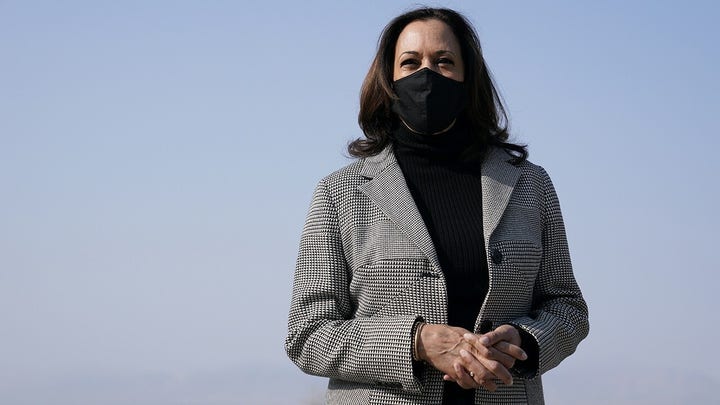 Harris has cited weather and climate issues before when talking of “root causes.” Recently, in a Northern Triangle roundtable in April, she spoke extensively of the list of issues she believes are root causes.

“And we are looking at, therefore, a number of issues that also relate to poverty, extreme poverty. And also there’s violence obviously coming out of those regions,” she said. “When you look at the root causes, we’re also looking at issues of corruption. Again, we’re looking at the issue of climate resiliency and then the concern about a lack of economic opportunity.”

On Tuesday, Harris touted a $310 million investment the U.S. was making in Central America, part of a massive $4 billion investment the Biden administration has promised to make in the region to tackle the root causes. She also said she has spoken to world leaders, including of Canada, Finland, Ireland and Japan to try to get them to “help the Northern Triangle.”

Recently, the Biden administration has said it is considering sending cash to Central America to dissuade migrants from making the journey north — a proposal that has picked up opposition from Republicans.

Harris has come under fire for not visiting the border or holding a press conference. She has held “virtual meetings” with the leaders of Guatemala and Mexico, and is planning a trip to Guatemala next month.