Home » Politics » Hancock: I broke my own rules on Covid because I was in love

Hancock: I broke my own rules on Covid because I was in love 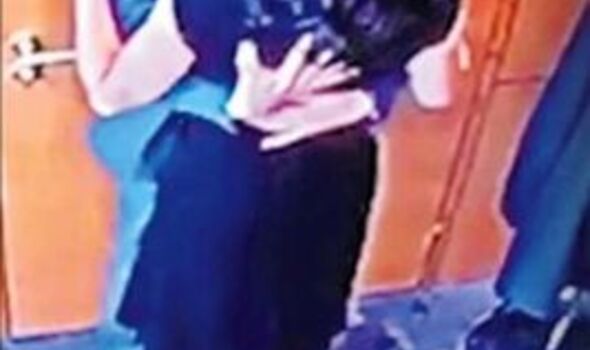 MATT Hancock has told how he broke his own lockdown guidelines because he was “in love”. He was forced to resign as Health Secretary in June after leaked CCTV showed him hugging and kissing adviser Gina Coladangelo in his Whitehall office.

Speaking about it on a podcast yesterday, Mr Hancock said “it all happened quite quickly” but denied breaking the law. He said: “It actually happened after the rules were lifted but the guidance was still in place. I resigned because I broke the social distancing guidelines by then.

“They weren’t actually rules. They weren’t the law. But that’s not the point. The point is they were guidelines that I’d been proposing. And that happened because I fell in love with somebody.” The footage was taken on May 6 when indoor gatherings between different households were banned.

The dad of three expressed regret at triggering the end of his 15-year marriage to wife Martha to be with Ms Coladangelo, who was also married with three children. He added that he had known Ms Coladangelo for “more than half of my life” since working together on student radio at Oxford University.

She had been brought in to help him communicate as a minister. Mr Hancock said: “We spent a lot of time together, ironically, trying to get me to communicate in a more emotionally intelligent way.

Damaging “And we fell in love. And that’s something that was completely outside of my control.” He also admitted the Government knew some measures it took during the pandemic were “very damaging”.

His chat on Dragons’ Den investor Steven Bartlett’s Diary Of A CEO podcast came after the couple were pictured at the recent Brit Awards in London.