Home » Politics » "Guardians of the Galaxy: Cosmic Rewind" is a new thrill ride at EPCOT.

"Guardians of the Galaxy: Cosmic Rewind" is a new thrill ride at EPCOT.

New York (CNN Business)Disney World is the crown jewel of the company’s Parks business, but even crown jewels need to be gussied up now and again. Epcot, one of the resort’s most beloved parks since its 1982 opening, is in need of an update to attract a new generation of consumers.

The company is counting on a group of intergalactic scoundrels to help. “Guardians of the Galaxy: Cosmic Rewind,” a state-of-the-art indoor roller coaster featuring the popular superheroes who debuted in the 2014 film, opened at the Florida theme park on Friday.
It’s not just any everyday attraction. This coaster is key to future-proofing Disney’s Parks business.

Epcot is in the middle of the “biggest transformation in its history,” the company said, and Cosmic Rewind — an attraction that reportedly cost $500 million — is the linchpin of that change.

Disney is incorporating a synergy strategy with Marvel, one of the company’s most popular film brands, to bolster a foundational part of its business as it updates one of its geekiest theme parks. 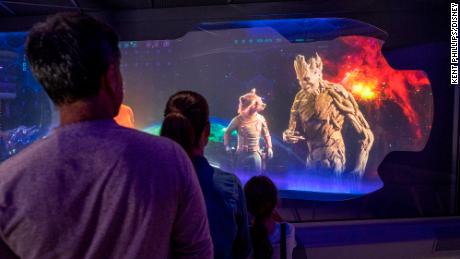 Disney’s focus has turned to streaming, with its most recent earnings report focused heavily on Disney+ and its 137.7 million subscribers. But investing in its resorts remains crucial for Disney because it offers the company a deeper connection to consumers that its streaming rivals can’t match.

“Streaming gives Disney everyday presence in its consumers’ lives, but Parks gives Disney head space with those consumers like no recorded media ever can,” Robert Niles, editor of ThemeParkInsider.com, told CNN Business. “A parks or cruise visit becomes a lifelong memory for millions of consumers — something that drives a lifelong affinity for the Disney brand.” 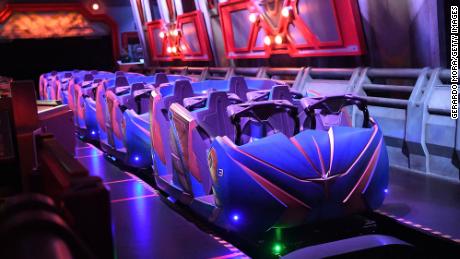 The ride arrives as Disney parks attempt to bounce back from a terrible two years. The company’s resorts were hit particularly hard by the pandemic, losing billions of dollars.
But the segment notched $6.6 billion in revenue in this year’s fiscal second quarter — more than double its sales from a year ago.
The company has spent the last few years updating its resorts around the world, often leveraging its popular franchises. These include “Star Wars: Galaxy’s Edge” at Disneyland and Disney World in 2019 and Marvel’s Avengers Campus at California Adventure in Anaheim, California in 2021.
Now it’s Epcot’s turn. Enter “Cosmic Rewind.” 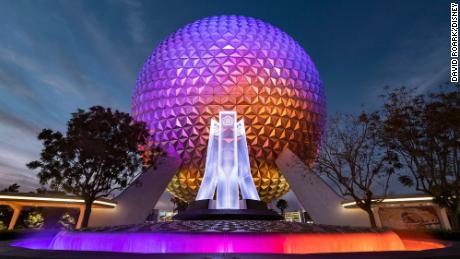 Epcot offers other thrill rides like “Test Track,” but it’s never been considered Disney World’s most thrilling resort. That distinction belongs more to Hollywood Studios, its theme park with rides based on Star Wars and The Twilight Zone.
In fact, the original Epcot wasn’t supposed to be a theme park at all, but rather Walt Disney’s planned futuristic neighborhood known as the “Experimental Prototype Community of Tomorrow.” Hence the acronym.
Marvel is the biggest name in entertainment, and now Disney is using it to boost its resorts business to attract families who may have found the previous iteration of the park a bit, well, boring.
Disney gave CNN Business a first look at the ride, and “Cosmic Rewind” is anything but boring. The rotating roller coaster matches the fun of the series, whose two movies have made more than $1.6 billion at the global box office. 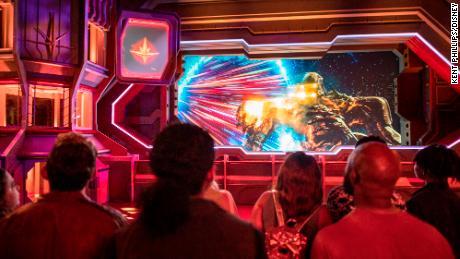 In fact, it’s less of a ride and more like living in your own Marvel film.
Guests are plunged into a storyline that plays out from the moment they get in line. Once they’re on board, the coaster weaves through a battle between the Guardians and a giant projection of a Celestial space being set to hit songs like Earth, Wind & Fire’s “September,” which matches the film’s disco vibe.

That full immersion is exactly the point, according to Josh D’Amaro, chairman of Disney Parks, Experiences and Products. “We’re looking at next-level storytelling where our guests will be able to step into their favorite stories in all-new ways,” D’Amaro told CNN Business.
“As Walt always said, Epcot should always be in a state of becoming and it has never stayed the same,” he added. “Our objectives are to keep this special park vibrant, alive and still nostalgic, but ready for the future.”
Source: Read Full Article