Home » Politics » Greensill: David Cameron investigated by lobbying watchdog he set up himself

Greensill: David Cameron investigated by lobbying watchdog he set up himself

Ex-prime minister David Cameron is being investigated by the lobbying watchdog he set up himself while in Downing Street.

It has been confirmed Harry Rich, the Registrar of Consultant Lobbyists, is looking into whether Mr Cameron “engaged in unregistered consultant lobbying”.

The probe follows recent allegations the ex-premier contacted Chancellor Rishi Sunak on his private phone as part of an effort to secure access to a government-backed COVID loans scheme for Greensill Capital. 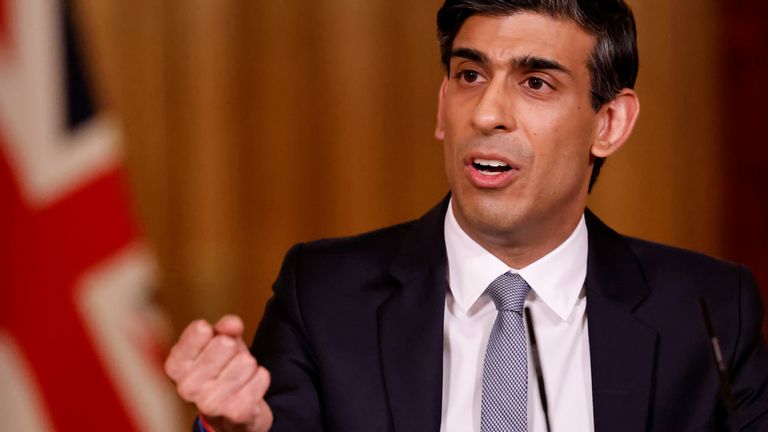 It has been claimed Mr Cameron also contacted the Bank of England in a bid to include the finance group in the Covid Corporate Financing Facility, which has been supporting large firms during the coronavirus pandemic.

Mr Cameron became an employee of Greensill after leaving Number 10.

Downing Street has confirmed the Treasury considered representations made by Greensill “with proper and due process”, but subsequently decided not to provide the request for support.

The Office of the Registrar of Consultant Lobbyists confirmed on Thursday that Mr Rich is looking into the claims about Mr Cameron’s role.

“Following media reports, the Registrar of Consultant Lobbyists is investigating whether Mr David Cameron has engaged in unregistered consultant lobbying,” his office said in a statement.

“The registrar will not comment on this further while the investigation is ongoing.

“Once it is complete, an investigation summary will be published on the Office of the Registrar of Consultant Lobbyists website.”

Sources close to Mr Cameron pointed to how the Registrar’s guidance states “those who are lobbying on behalf of their own organisation (in-house lobbyists) do not need to register”.

The Office of the Registrar of Consultant Lobbyists was set up following legislation introduced by Mr Cameron in 2014, which aimed to enhance the transparency of those seeking to lobby ministers and civil service officials on behalf of a third party.

Before becoming prime minister in 2010, Mr Cameron predicted political lobbying was the “next big scandal waiting to happen” following the MPs’ expenses row.

At the time, the ex-Conservative leader said the “far-too-cosy relationship between politics, government, business and money” had “tainted our politics for too long”.

Sky News was told Mr Cameron would not be commenting.

Earlier this week, the House of Commons’ Treasury committee – which is dominated by Conservative MPs – decided not to launch an inquiry into Greensill.

Labour MP Rupa Huq accused the government of operating a “culture of friends with benefits and mates rates” as she raised the claims about Mr Cameron in the House of Commons on Thursday.

“She will know that officials often meet with a huge number of businesses, business people who are affected by policy,” he said.

“That’s part of the policy development, but it’s done in an transparent, open and proper way, always.”