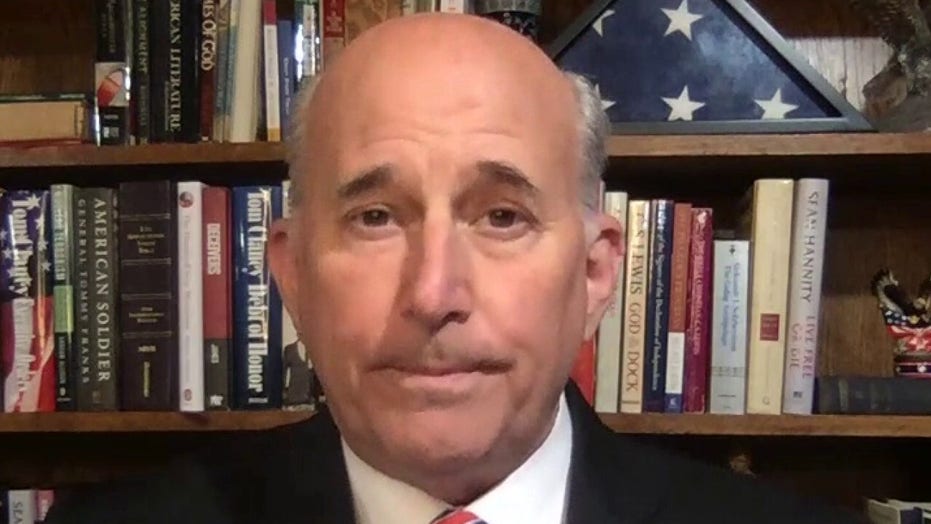 Rep. Gohmert calls out Big Tech for trying to take down Trump

Republican Rep. Louie Gohmert of Texas accused Democrats of “making up rules as they go” after he and Rep. Andrew Clyde of Georgia were each fined $5,000 on Friday for allegedly bypassing metal detectors installed outside the House chamber.

Acting House Sergeant-at-Arms Timothy Blodgett issued the fines following violations that occurred on Thursday. The penalties were the first issued since the House passed a measure to fine lawmakers who refuse to pass through magnetometers installed as a precautionary measure after the Jan. 6 Capitol riot.

In a lengthy statement on the fine, Gohmert said he has complied with the “unconstitutional” metal detector policy “for weeks.” The Texas lawmaker described the incident, asserting that he had already passed through the metal detectors earlier in the day.

“Yesterday, after complying with the metal detector screening, I was allowed to enter the House session where debate was occurring,” Gohmert said. “Knowing that I would soon be giving a speech, I stepped off the House floor to use the restroom right beside the Speaker’s lobby as I have done many times since the metal detectors have been installed.

“At no time until yesterday did anyone mention the need to be wanded after entering the restroom directly in front of the guards. The three main entrances have metal detectors, but the House floor entrance from the Speakers’ Lobby does not. Originally I had gone around the metal detectors a few times until it was mandated. I have been complying for weeks since.

“I explained to the Capitol Police officer that I had never been required to be screened again from the restroom immediately by the House floor since the metal detectors had been in place at the other doors. I said they had witnessed me walk the few feet to the men’s room, enter and take the few steps back. No one ever mentioned or made that a requirement until yesterday.

“Unlike in the movie The Godfather, there are no toilets with tanks where one could hide a gun, so my reentry onto the House floor should have been a non-issue.”

A representative for Clyde could not immediately comment on the matter.

The metal detectors have been a source of consternation on Capitol Hill, with Republicans arguing the security measures were instituted without adequate notice or consultation. Several GOP lawmakers initially refused to comply with the procedure, prompting House Speaker Nancy Pelosi to call for fines.

Under the guidelines, lawmakers are fined $5,000 for a first offense and $10,000 for a second offense. Fines cannot be paid with campaign or office budget funds.

Gohmert said he intends to appeal the fine.

In a separate move Friday evening, GOP members of the House Administration Committee accused Pelosi of her own rule violation by entering the chamber without going through security. Reps. Rodney Davis and Barry Loudermilk called on Blodgett to fine Pelosi $5,000.

“What was observed was a clear violation of House Resolution 73 and you are required by House rules to impose this fine,” the lawmakers said.