Republican newcomer Madison Cawthorn on Tuesday night was called the winner of the U.S. House seat in western North Carolina that was vacated by White House Chief of Staff Mark Meadows.

Cawthorn, 25, thus became the youngest person elected to Congress since the late 1700s.

The candidate — who first catapulted to GOP stardom after speaking at the Republican National Convention in August, getting up from his wheelchair at one point on stage — defeated incumbent U.S. Rep. Moe Davis, D-N.C., to capture the 11th Congressional District seat, according to The Associated Press, which first called the election results.

Following his victory, Cawthorn also targeted progressive Rep. Alexandria Ocasio-Cortez, D-N.Y., and other far-left Democrats, saying in a lengthy statement to Fox News: “The days of AOC and the far left misleading the next generation of Americans are numbered. Tonight, the voters of Western North Carolina chose to stand for freedom and a new generation of leadership in Washington.”

“When I look at Western North Carolina, I don’t see a purple district. I see red, white and blue,” Cawthorn continued. “I see a proud, kind, decent and welcoming people who love our founding principles and are determined to make our imperfect union more perfect. I’m humbled and honored to bring these mountain values to Congress.” 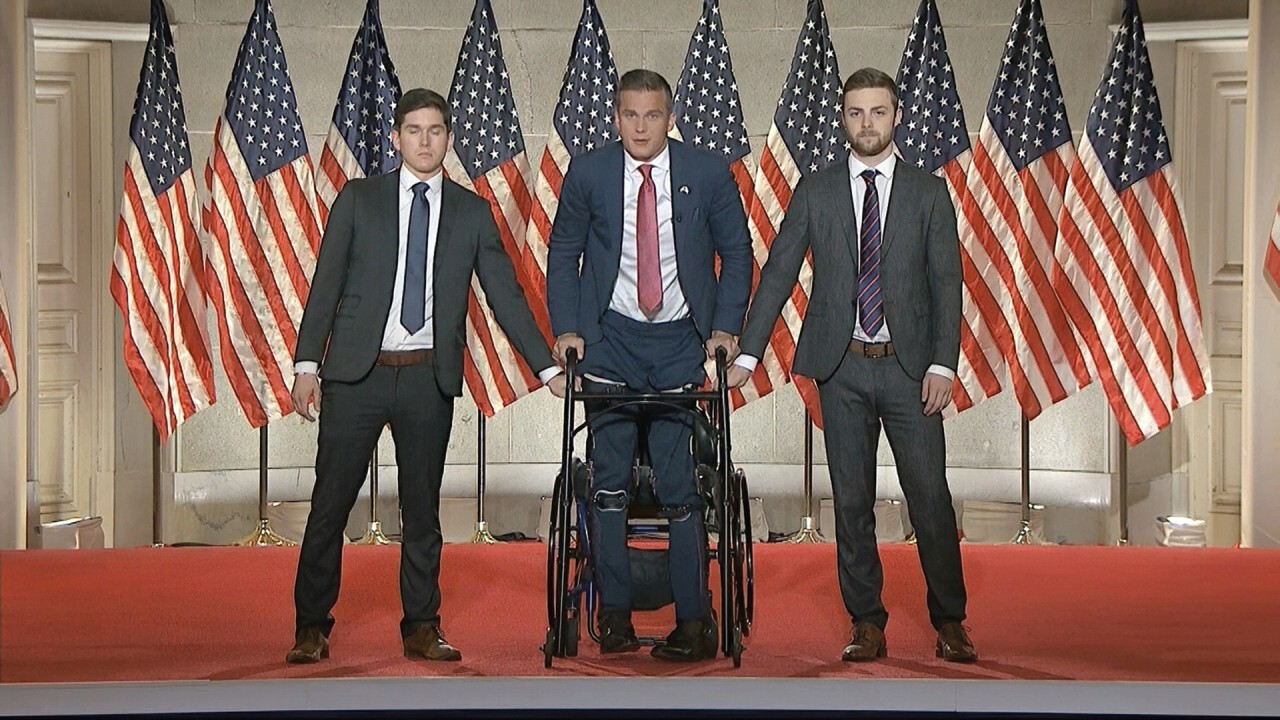 GOP NORTH CAROLINA CONGRESSIONAL CANDIDATE ON HIS HOME BEING VANDALIZED: 'NO SURPRISE'

He continued: “This election showed that we’re a divided people. Americans are hungry for leadership that appeals to our highest aspirations and that’s precisely what I intend to do. My generation feels an intense sense of urgency on issues like health care, the environment and our unsustainable debt. We need real answers and real solutions, not politically safe or politically correct half-measures that keep career politicians in power but leave the country paralyzed.

“This isn’t a time to settle scores, but to secure the future. Rather than tearing each other down, we need to lift each other up. The scope and magnitude of our challenges are too great to tolerate a dysfunctional status quo. The fight ahead isn’t against individuals — our fellow Americans — but destructive ideas that should stay in the ash heap of history,” Cawthorn said.

Cawthorn, who uses a wheelchair after surviving a near-fatal car accident at age 18, gained national notoriety after defeating President Trump’s pick in the primary election for the seat vacated by Meadows. Since then, he was selected to speak at the Republican National Convention in August, where he made it a point to stand during portions of the Pledge of Allegiance at the end of his speech.

“As I said in my convention speech, the American idea our founders – and my ancestors – fought for is as exciting and revolutionary today as it was almost 250 years ago. Tonight, the voters of Western North Carolina said it’s time for a new generation of leadership to apply those timeless truths and principles to today’s challenges,” he said. “As a nation, we know how to overcome adversity and persevere. The words of the prophet Isaiah have never been truer: 'Though we face trials, we will renew our strength. We will soar on wings like eagles. We will run and not grow weary. We will walk and not be faint.'”