Her comments come after the Sunday Express revealed a group of Remainer Tory MPs have warned Mr Johnson they were prepared to down his Government if he continues to pursue a no deal Brexit. Ms Rudd, formerly a vocal critic of the ex-London Mayor, who was at one point being touted as a possible leadership contender herself, delivered a pointed message to anyone pondering the idea of opposing Mr Johnson in a future no-confidence vote. Her message, delivered in a column in the Sunday Telegraph, is likely to be aimed, in part at least, at Chancellor Philip Hammond, who has indicated he will do “everything in my power” to stop a future prime minister suspending Parliament to force through no deal.

Ms Rudd, who is currently Work and Pensions Secretary, carefully avoided anointing Mr Johnson as the winner prior to the announcement of the result.

However, she lavished him with praise, referring to him as “a longstanding friend” – despite having previously voiced doubts about his blueprint for taking Britain out of the European Union, and backing Remain in the 2016 Referendum.

Referring to the leadership contest between Mr Johnson and rival Jeremy Hunt – in which she has backed the latter – Ms Rudd said the contest had been “a thorough examination of both candidates”.

She added: “This is vitally important because, now that the battle is over, the entire Conservative Party must come together to deliver Brexit, lift the gloom and uncertainty hanging over business and then make a compassionate and progressive case to the country so we can fully consign Jeremy Corbyn to the dustbin of history.” 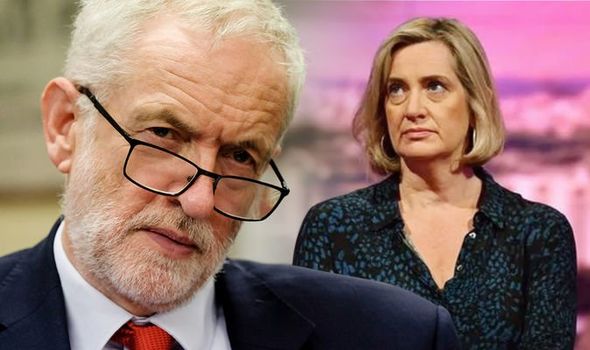 Ms Rudd added: “Boris is a longstanding friend and public life is more vibrant and fuller for having him driving forward good Conservative policies.”

Turning her attention to Labour, she said: “If Corbyn were to somehow seize power, he would preside over a shift in our global security.”

Whereas Britain currently has close ties with the USA, Canada and Israel, Mr Corbyn “would sign us up to a club with Russia and Venezuela”, she claimed.

Branding Labour a “shambles”, she added: “This is why it’s so important that all Conservative MPs come together to protect the slim majority we have and then get match fit for a general election in 2022. 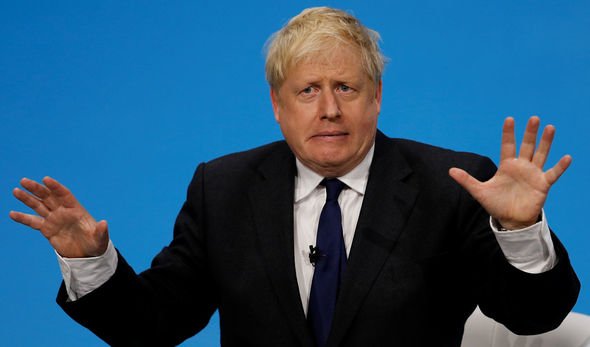 “So just as the Conservative Party came together after that EU referendum, it must come together again no matter who wins.

“If we don’t, the alternative could be Corbyn by Christmas.

“As Jeremy Hunt says, if we don’t throw away the name tags of ‘Leave’ and ‘Remain’, then we’ll never move forward as a party and a country.”

The meeting with Mr Johnson came shortly after MPs made a no deal Brexit more difficult by blocking any suspension of Parliament by backing the so-called Grieve Amendment. 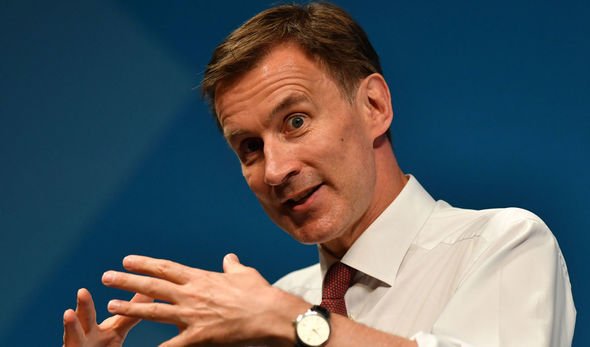 One MP told The Daily Express: “Boris looked like a man with the weight of the world on his shoulders, one who was just waking up to the full enormity of what it means to be prime minister and not being able to govern.”

Ms Rudd’s softer line may also be motivated by a desire to stay in the Cabinet.

Speaking to ITV’s Robert Peston last week, Johnson ally Nadine Dorries said: “I definitely want to see Amber stay in the Cabinet and I’d like to see Amber in one of the top three jobs.

“I think she might go to the Foreign Office or if she went back into the Home Office it would be nice to see that circle finished.”

EU Budget: Why the UK made MASSIVE contributions to EU budget, but ‘benefited little’

Brexit BOOST: Economy boosted by BILLIONS – THIS is what will happen to GDP in no-deal
Politics News