Michelle Ballantyne went on GB News to discuss the issues she believes Scotland will face if the country becomes independent. Ms Ballantyne is the former MSP and leader of the Scottish Reform UK party, which was formerly known as the Brexit Party.

Presenter Dawn Neesom asked: “If the SNP do get their way, what do you think it means for the UK if Scotland does leave?”

Ms Ballantyne spoke about how Britain would be perceived by the rest of the world.

She said “It would make a difference. It would affect things like the perception of the world.

“I think the rest of the UK would recover from that, but I think in the short term, there would be a sense across the world that something had gone wrong in the UK.

“Because, if you look across, there aren’t a lot of examples of one country breaking up into pieces when they have been in a union for such a long time and where everything is intertwined.” 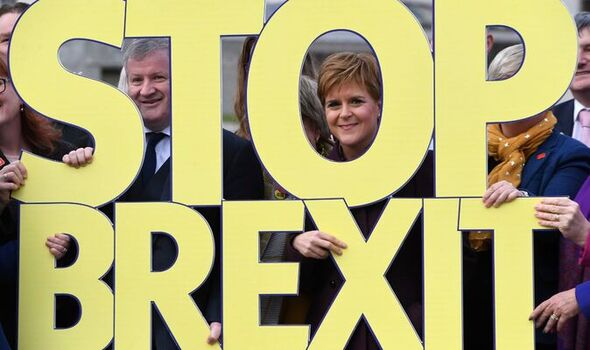 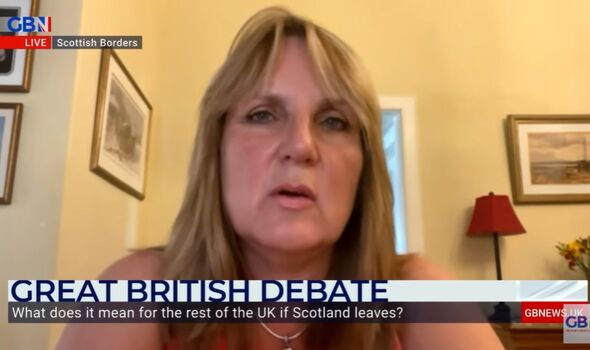 Ms Ballantyne also spoke about how the UK’s defence system would change.

The politician said: “I think the biggest concern if you look at it, would be things like that hard power, the relationship we have in terms of defence.

“The UK sits on NATO. That northern defence ring, a lot of that sits in Scotland.

“The SNP and the Greens have said they want to make Scotland free from nuclear weapons.

“That would mean removing that defence shield that currently sits at the top of the UK.” 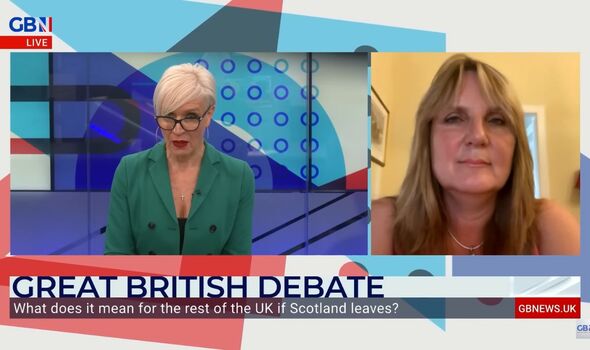 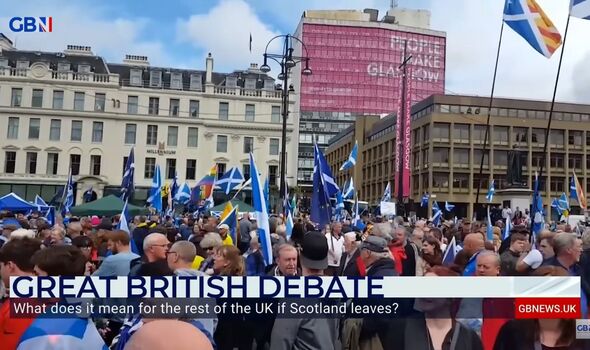 Another issue that was brought up was how Scottish independence would create a border between Scotland and England.

Ms Ballantyne said: “There is no way now, now we’ve left the EU, that you can ignore the fact that if Scotland left the UK, in particular, if it tried to become part of the EU that a border it going to be created.

“Because Scotland would in effect become a foreign country. If it joined the EU it would be part of the bloc

“Now again, that’s going to be a long and torturous journey, but I think the short term the EU would use Scotland leaving the UK to basically be even more difficult in its relationship with the UK.

“It would celebrate it, it would crow about it, but actually, it wouldn’t turn around and let Scotland in.

“Scotland would still have to meet the requirements of the EU and frankly, Scotland is not going to be a net contributor to the EU’s budget and they’re certainly not going to want to take on another country that has financial difficulties, and Scotland has a very large deficit.” 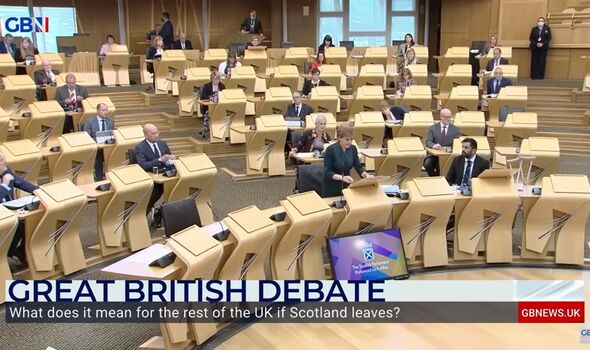 Dawn Neesom also asked: “If Scotland becomes a foreign country, and we have that hard border, then does that make Scottish people wanting to come and work in England for example, face all sorts of difficulties with doing that?”

Ms Ballantyne replied: “Absolutely. There’s a huge unknown around it. The SNP have been campaigning for an independent Scotland for seventy-odd years…and they still can’t lay out what Scotland would be like, how it’d be run, what currency we’d have, how it would operate, how borders would work, how trade would work.

“You would think after all these years they would have some answers but they don’t.”

This interview comes at a time the UK Supreme Court is to investigate if the Scottish parliament can legislate a Scottish independence referendum without Westminister’s approval.

The Scottish government has published a referendum bill which proposes that Scotland should have a vote on Scottish independence next year on October 19 2023.

The court will hear arguments from both Westminster and the Scottish government on October 11 2022, and a judgement will take place some months afterwards.