Home » Politics » Furlough rules: How job retention scheme will be wound down 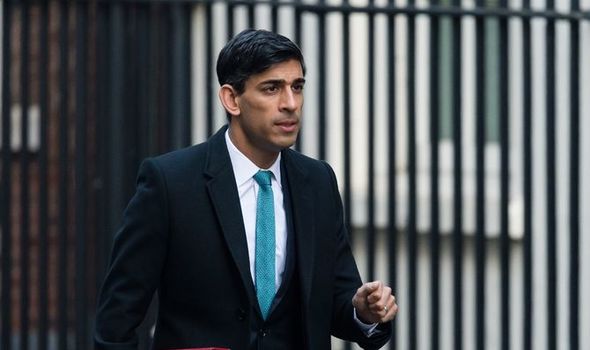 The Cabinet minister said a “collective effort to reopen the country” has begun now lockdown restrictions are easing.

Businesses face bills for furloughing staff for the first time from August.

As the job retention scheme is wound down, they will start to pay some of the wage bill, hitting 20 percent of the cost in the month before it closes.

Extra help is also being given to the self-employed but at a lower rate than payroll staff.

“As Britain returns to work we need to adapt the emergency programmes we put in place to bridge through the crisis,” Mr Sunak said.

“Our thoughts, our energies, our resources must turn to looking forward to planning for the recovery and we will need the dynamism of our whole economy as we fight our way back to prosperity.

“Not everything will look the same as before. It won’t be the case that we can simply put the key in the lock, open the door and step into the world as it was in January.

“We will develop new measures to grow the economy, to back business, to boost skills and to help people thrive in the new post-Covid world. 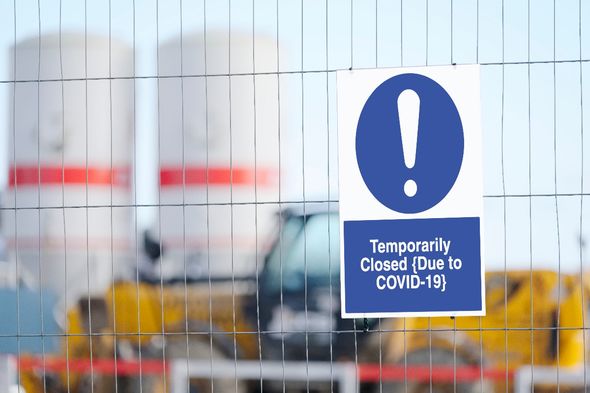 “Today, a new national collective effort begins to reopen our country and kick-start our economy.”

Mr Sunak laid out the changes at the Downing Street daily coronavirus briefing where he updated the country on the latest figures on the death toll from the virus.

He said 38,161 people had died in hospitals, care homes and the wider community by 5pm on Thursday, up by 324 from the day before.

The Chancellor said the figures showed the UK is “past the peak” of the virus and the country will now have to adapt.

He said there is broad consensus across the political and economic spectrum that the furlough scheme “cannot continue indefinitely”.

“I believe it is right in the final phase of this eight month scheme to ask employers to contribute alongside the taxpayer towards the wages of their staff,” he said.

The Chancellor insisted he understood the concerns of business so was asking them to pay “only a modest contribution introduced slowly” over the coming months.

He said the scheme was one of the “most generous” in the world and had been set up to save as many jobs as possible. 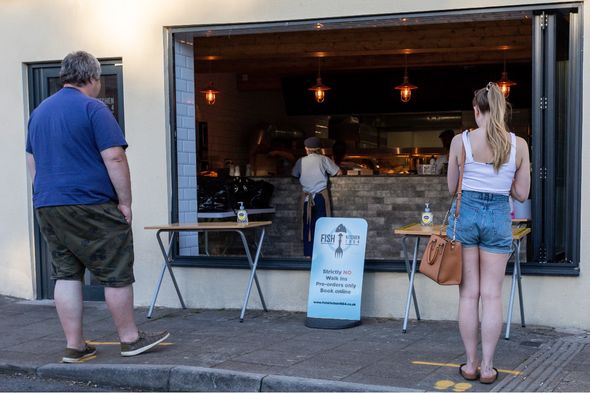 But he warned that it will not be extended again once it closes in the autumn.

Around 8.4 million workers from one million firms are being paid through the government’s job retention scheme.

But it has already cost £15 billion and the government wants employers to shoulder some of the burden.

Under the new furlough rules, all employees unable to return to work will still receive 80 percent of their salaries up to £2,500 a month but employers will begin to pick up some of the bill.

From August, businesses will pay their national insurance and pensions contributions and the following month they will cover 10 percent of wages as well.

In October they will be expected to pay 20 percent and the scheme will close at the end of the month.

Workers can return part time from July, a month earlier than planned but businesses will not be able to add new staff to the scheme from that point.

Mr Sunak made a surprise announcement setting out fresh help for self-employed workers.

A final grant worth 70 percent of their average monthly trading profits capped at £6,570 will be available. 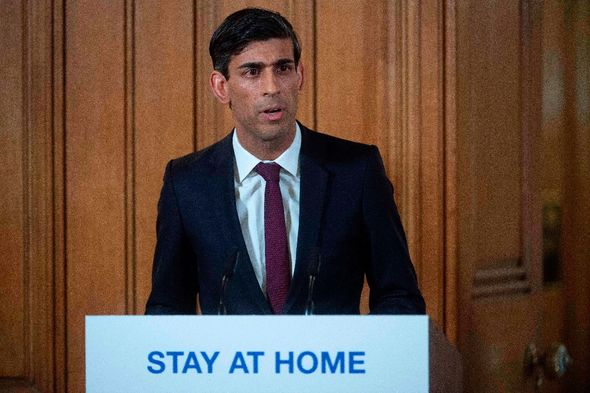 The first Self-Employment Income Support Scheme (SEISS) grant was worth up to 80 percent of average trading profits capped at £7,500, to cover three months of lost income.

Employers have warned they will have to make redundancies once changes to the support are made, particularly if their businesses cannot reopen by the time the taps are turned off.

The Treasury said sectors that are particularly badly hit, such as hospitality, are benefitting from other measures, such as business rates being written off for the year as well as government guaranteed loans.

Mike Cherry, national chairman of the Federation of Small Businesses, said the announcement would give small business owners the“certainty they need to plan for the next few months.

He added: “By providing employers with the adaptability they’ll require as businesses adjust to a new normal, and bringing forward the flexible furlough launch date, the government is giving hope to small firms right across the UK. Delivery is now key, and new operational systems should be as streamlined as possible.

“This will help employers gradually and safely bring people back to work, protect jobs and support the economy to recover.”

Philippa Childs, head of Bectu, the UK’s media and entertainment union, warned the changes to the furlough scheme will lead to redundancies in the theatre, film and television.

“The changes to the job retention scheme will lead to mass redundancies in theatre, film and TV, as many employers won’t be prepared to contribute for someone who won’t work for them again in the near future or they simply can’t afford the contributions,” she said.

Steve McNamara, General Secretary of Licensed Taxi Drivers Association, said: “The extension to the furlough scheme for the self employed is much needed and fantastic news for cabbies across the country.”

Brian Berry, chief executive of the Federation of Master Builders, said: “We strongly welcome the extension of the Self-Employed Income Support Scheme, which means construction tradespeople will not face a cliff-edge in terms of support. This is essential for those who are not yet able to return to work.”

British Chambers of Commerce director general Adam Marshall said: “The Chancellor has listened to business communities and struck a careful balance that will help many firms bring furloughed staff back to work flexibly over the coming months.

“The gradual reduction in furlough contributions from the Treasury will give businesses additional time to rebuild their income streams and cash flows, and the decision to give businesses maximum flexibility to bring people back part-time will be appreciated.” 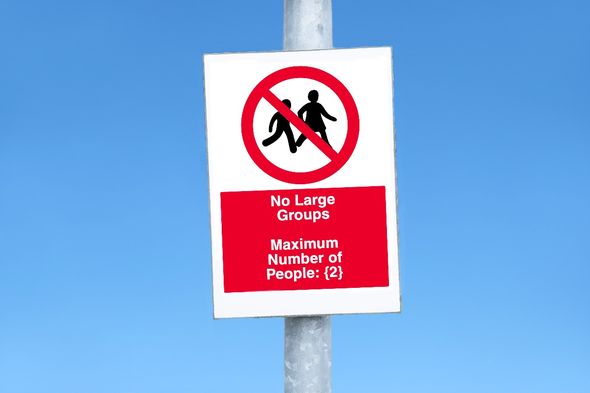 July – Furloughed staff can begin to work part time to allow employers to phase back the return of staff but no new applications to the scheme will be allowed.

August – Businesses will have to cover employer national insurance and pension contributions but the government will continue to pay 80 percent of wages capped at £2,500 a month.

Applications will open for self-employed workers worth 70 percent of their average monthly trading profits. It will cover three month capped at £6,570 and be paid out in a single instalment.

September – Firms will begin to pay 10 percent towards the salaries of their furloughed employees as the government reduces its contribution to 70 percent.

October – Employers will have to cover 20 percent of the wage bill with the government contribution dropping to 60 percent before the scheme finishes at the end of the month.

The Government’s support throughout the lockdown so far has been a lifeline for businesses, employees and the self-employed. The changes announced by the Chancellor will help ensure those schemes stay effective as we begin a cautious recovery. We cannot overstate the importance of these support schemes over recent months. Just look at the US, where the jobs market has collapsed with more than 40 million new benefit claims since the start of the crisis.

The sheer scale of what’s been achieved by the Job Retention scheme in particular is unprecedented. Around 8.4 million workers have been covered, 1 million businesses involved, and in total around £15 billion has been claimed. The scheme has helped your local hairdressers, pub, even zoos keep going during lockdown – it’s a scheme helping everyone from your High Street to the Square Mile.

This is why as support tapers off in the coming months it must be done carefully. From July, firms will have the capability to furlough staff on a part-time basis. This will be a great help as there may not yet be enough demand for some furloughed workers to return full-time. The Government will top that up to a maximum of £2500 as before.  From August onwards, employers will gradually pay more of the costs each month but employees will still see the full benefit. What this means is business pays its part and we protect jobs – it’s that simple. We firmly believe that business wants to put its shoulder to the wheel and help their employees and customers through these tough times.

All schemes must be kept under regular review to help minimise the impact of COVID-19 on people’s livelihoods and keep businesses thriving. Many viable businesses may not be able to open until later, particularly in leisure, hospitality and the creative industries, so may yet need further assistance in the coming months.

Some businesses and jobs will go – but the more good businesses saved now, and we have saved thousands, the easier it will be for the economy to recover.

Corbyn ‘cannot be trusted with the Falklands’, says expert ahead of Argentina election