The Prime Minister will confirm Brexit Britain is spending 2.3 percent of its GDP on defence as he arrives in Madrid to join world leaders at a NATO summit in the Spanish capital on Wednesday. Mr Johnson is expected to say: “The NATO alliance keeps our people safe every day.

“But over the next 10 years, the threats around us are only going to grow.

“We need allies – all allies – to dig deep to restore deterrence and ensure defence in the decade ahead.

“The two percent was always meant to be a floor, not a ceiling and allies must continue to step up in this time of crisis.”

However, Mr Johnson is also resisting public pressure back in the UK after Ben Wallace, whom the Prime Minister appointed as Defence Secretary in July 2019, urged his boss to increase military spending.

Mr Wallace has also been joined by the Head of the British Army, General Sir Patrick Sanders, in pleading Number 10 for more cash. 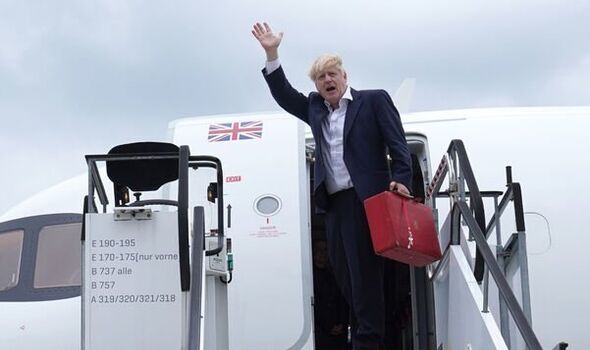 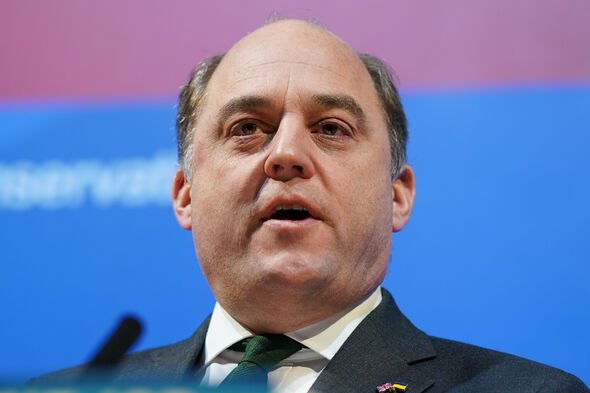 The Telegraph has claimed Downing Street intervened to water down calls for higher defence expenditure from Mr Wallace in a speech delivered on Tuesday.

It had been suggested the Wyre & Preston North MP was going to argue that the two percent GDP spend was outdated.

However, after Downing Street was reportedly left “furious”, Number 10 requested for the comment to be removed.

During an appearance in front of a parliamentary committee, Ms Truss said: “I do agree with the Defence Secretary’s concerns.

“We have a real issue in terms of the availability of defence equipment, given the hugely increased security threat in Europe and we need to increase our industrial capacity.

“I’ve said before that the free world did not spend enough on defence post the Cold War and we are now paying the consequences.”

Mr Johnson and his Chancellor Rishi Sunak have recently argued for restraints on spending in an attempt to curb inflation.

Batting away calls to increase spending, the Prime Minister said on Tuesday: “We’re already on 2.3 percent and I think if you look at the logic of some of the extraordinary things that the UK is embarked on, whether it’s the future combat aircraft system, or the AUKUS submarine arrangements, you can see that we’re making big commitments but for the decades ahead.

DON’T MISS
Tory MP’s bid to chuck out unelected Remoaner Lords [REVEAL]
POLL: Should Sturgeon be allowed IndyRef2 so Scotland can move on? [REACT]
‘Something is rotten in state of Tories’, says DAVID MADDOX [INSIGHT] 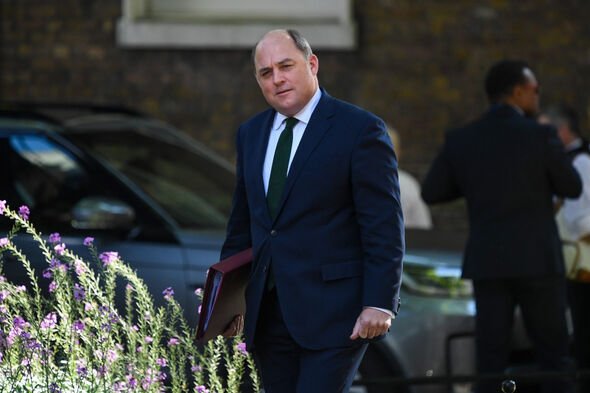 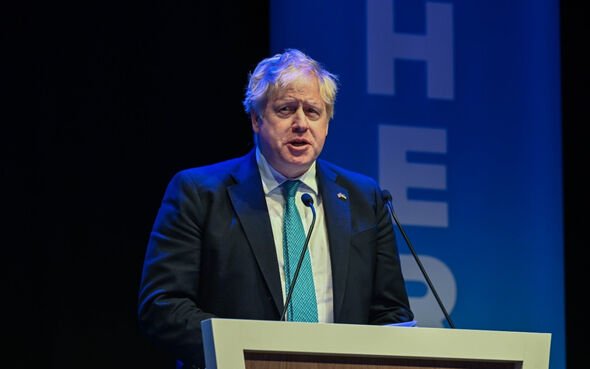 Mr Johnson has been accused of breaking yet another flagship manifesto commitment following recent remarks about defence spending.

The Conservative Party’s 2019 manifesto claimed Ministers would “continue to exceed the NATO target of spending two percent of GDP on defence and increase the budget by at least 0.5 percent above inflation every year of the new Parliament”.

However, a Government source told the Times: “The manifesto was written before £400billion had to be spent locking people up for their own safety because of the global pandemic.

“There is a reality check on things that were offered in a different age, which is the only reasonable thing that we can expect.”