Fox News' Chad Pergram Opens Up About Hiding in Capitol Basement Amid Riots: A 'Dark' Chapter Fox News Congressional Correspondent Chad Pergram knew Wednesday was going to be a long day. He packed extra water bottles and a protein bar to take with him to the U.S. Capitol. However, he never expected to spend the afternoon and evening barricaded in a room in the basement while a mob incited by President Donald Trump stormed the building.

“What happened today at the Capitol has never happened,” Pergram told PEOPLE from inside the Washington, D.C. building's basement on Wednesday. “You had these thugs marauding through the Capitol, scaling the walls of the Capitol, like Spider-Man …. Police officers in the chamber pointing their sidearms at protesters outside in the hallway is just extraordinary.”

Motivated by Trump's baseless claims that the presidential election was stolen from him, thousands of rioters stormed the Capitol, forcing members of Congress to evacuate and leading to the pause of the joint session, which had been called to certify the Electoral College votes cast in the 2020 presidential election.

Pergram said there was tension in the air when he arrived at the Capitol around 1 p.m. EST. He was told they weren’t letting people inside — not even members of Congress — so he entered through a back door. He turned on his computer in his third-floor booth, dropped off the turkey wrap his wife made, then went to the Fox News basement studio to film a live shot.

It was then, on his audio feed from the House and Senate chambers, that Pergram heard members of Congress being told there were escape hoods under their seats.

“They were going to try to evacuate them into the rotunda, but then they just barricaded everybody in the chamber,” he said.

He frantically tried to find out where Speaker of the House Nancy Pelosi and Vice President Mike Pence were as he reported on the event. Soon, he heard someone was shot. (Metropolitan Police Department Chief Robert J. Contee III said in a press conference late Wednesday night that a woman, Ashli Babbit, was shot by one of the Capitol police officers who confronted rioters as they entered the building.) After 2 p.m., Pergram told PEOPLE he turned off his on-air indicator light, put coats over the windows, and his cameraman barricaded the door with a chair and a television cable as the rioters entered the building and vandalized offices and the halls, even entering the House Chamber.

“There's a couple places around here that we can go [to hide]. I've worked in the Capitol off and on for most of 27 years that I knew that we could go if we absolutely had to where they would never find us,” he said.

A 6 p.m. curfew was eventually announced by the D.C. mayor, and Pergram said he heard Capitol Police say if people didn’t leave the building, they would be arrested, Pergram said. Still, he and other media outlets remained to report on the chaos at the scene. "This is an important day,” he said. “Democracy was at stake.”

Eventually, members of Congress returned late Wednesday evening to continue the process of ratifying the Electoral College vote, certifying Joe Biden as the next president in the early morning hours on Thursday.

As the lawmakers came back, Pergram told PEOPLE the floors were still slippery with tear gas, and there were "broken glass shards of glass all over the building."

Now, reflecting to PEOPLE, Pergram said, "History does play out underneath this dome. And this was another chapter, albeit a dark one."

On Thursday, the Federal Bureau of Investigation issued a call for help in identifying those who participated in Wednesday’s violent riots.

"The FBI is seeking information that will assist in identifying individuals who are actively instigating violence in Washington, DC.,” the FBI wrote in a statement on its website. “If you have witnessed unlawful violent actions, we urge you to submit any information, photos, or videos that could be relevant at fbi.gov/USCapitol.”

“Please use this form to submit any images, videos, or other multimedia files you have related to possible violations of federal law committed. Our goal is to preserve the public’s constitutional right to protest by protecting everyone from violence and other criminal activity,” the bureau added. “You may also call ‪1-800-CALL-FBI (1-‪800-225-5324) to verbally report tips and/or information related to this investigation.” 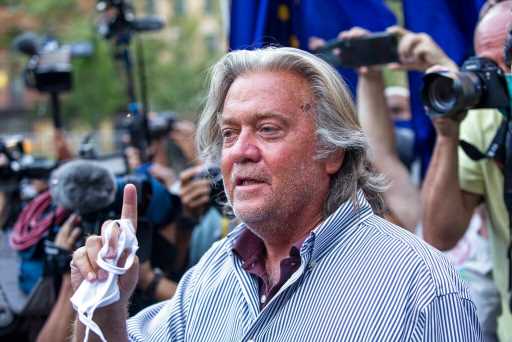