A former member of the Obama administration pushed back after President Biden brushed aside a question from a Fox News reporter about allowing Russian President Vladimir Putin to make the first move in Ukraine and called it “stupid.”

“It isn’t a stupid question,” former Obama Director of Global Engagement Brett Bruen tweeted Thursday. “It’s a really important one. We continue to allow Putin to set the terms, timeline, & trajectory of this crisis. It’s time we stop being so reactive & start creating some of our own conditions.”

President Biden meets with members of the Infrastructure Implementation Task Force to discuss the Bipartisan Infrastructure Law, in the Cabinet Room at the White House in Washington, Thursday, Jan. 20, 2022.
(AP Photo/Andrew Harnik)

Earlier in the day, Fox News White House Correspondent Jacqui Heinrich asked the president, “Why are you waiting on Putin to make the first move, sir?”

“What a stupid question,” the president muttered under his breath without providing a direct answer.

Fox News reached out to the White House for comment on Bruen’s tweet and received a response from White House Deputy Press Secretary Andy Bates that simply said, “Who?” 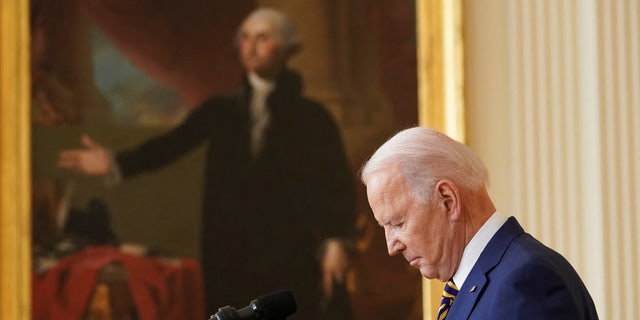 On the campaign trail, Biden consistently criticized President Trump for attacking the press and waging an “all out assault” on the media. Additionally, the president said last year he informed his staff they would be fired “on the spot” if they ever “disrespect” or “talk down” to one another.

Biden sparked controversy on Wednesday when he told reporters at a marathon press conference that Russia would be held accountable if it were to invade Ukraine, but seemed to include a caveat when he went further and said it depends on the actions Moscow takes.

“It’s one thing if it’s a minor incursion and we end up having to fight about what to do and not to do,” he said.

Some, including many Republicans, saw the comment as giving Russian President Putin permission to invade and White House Press Secretary Jen Psaki issued a clarification following the conclusion of the press conference.

“If any Russian military forces move across the Ukrainian border, that’s a renewed invasion, and it will be met with a swift, severe, and united response from the United States and our Allies,” the statement read.

Biden’s comment drew a critical response from Ukranian President Volodymyr Zelensky who tweeted, “We want to remind the great powers that there are no minor incursions and small nations. Just as there are no minor casualties and little grief from the loss of loved ones.” 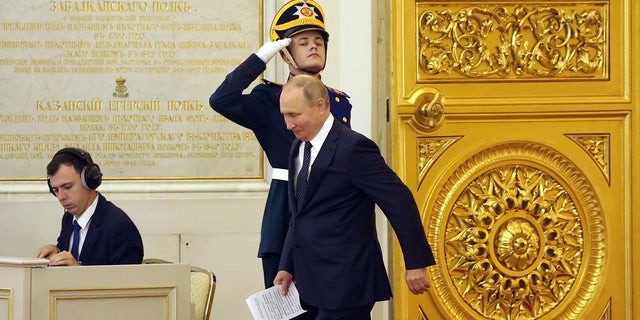 Russia continues to try and pressure the U.S. with vague threats ahead of possible conflict with Ukraine as tensions continue to escalate after disappointing security talks between the two nations.

The new year started with a wet blanket after the U.S. and Russia walked away from security talks with no progress. Russia did not wait long to start escalating tensions again.

Russia moved more troops to the border Wednesday as it also cautioned the U.S. against attempting to admit Ukraine into NATO, which would provide greater cover for the country against its aggressive neighbor.