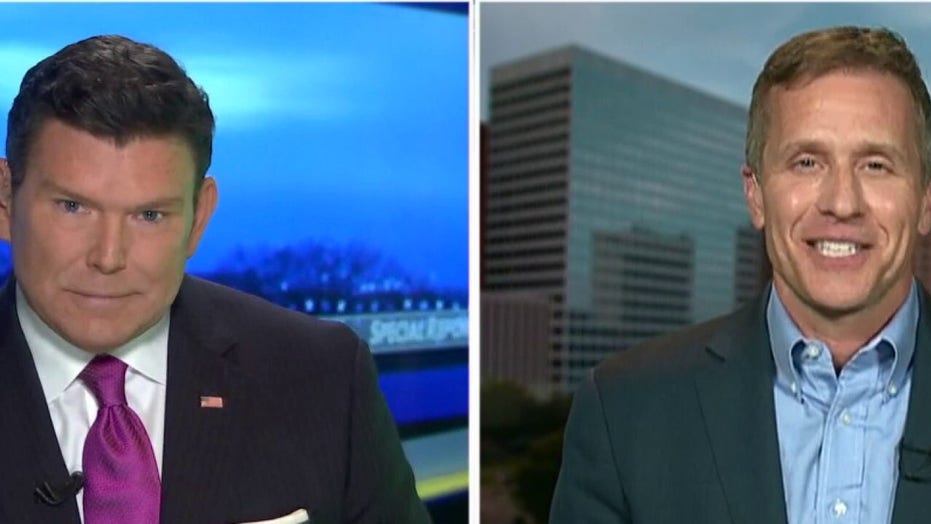 Republican Eric Greitens, who resigned amid scandal allegations, pushes back on critics on ‘Special Report’

“I think that now the people of Missouri need a fighter in the United States Senate,” he added. “They need somebody who is going to go, as I will, as I am committed to do, to defending President Trump’s ‘America first’ policies and also to protecting the people of Missouri from Joe Biden, Nancy Pelosi, and Chuck Schumer’s radical left agenda.,” Greitens said. “So we are excited. We have got a great grassroots team and we are in this race.”

Greitens was indicted in February 2018 on a charge of invasion of privacy over allegations that he had photographed a woman with whom he was having an extramarital affair while she was bound and partially nude without her consent. The following April, he was charged with tampering with a computer by allegedly taking donor and email lists from veterans support organization The Mission Continues for fundraising purposes.

Both charges were dropped that May, but Greitens resigned in the face of impeachment proceedings by the Missouri legislature.

“Why go forward with this?” Baier asked. “Do you think that is not going to come back up in this race?”

“Well, Bret, we hope the truth continues to come out in this race, and that the mainstream media will report it,” Greitens responded. “After a twenty-month investigation by the Missouri Ethics Commission, they came out and said that we are completely exonerated. They found no evidence of any wrongdoing by Eric Greitens. As you know, the George Soros-funded prosecutor [St. Louis Circuit Attorney Kim Gardner] who went after us, her investigator has been charged with seven felonies for perjury and evidence-tampering for manufacturing a false case against me. As you also know, a journalist has now admitted to paying  $120,000 in cash bribes to people who lied about me. So, we have been exonerated and we are moving forward.

“But you resigned. Why resign?” Baier asked later in the segment. “You have two governors, Democratic governors:  Ralph Northam [of Virginia] faced serious charges and allegations about the blackface in his yearbook. You have, currently, New York Democratic Gov. Andrew Cuomo facing a slew of allegations, and yet they are standing firm. You quit. Why?

“Bret, we resigned because at the time it was what I needed to do for the people who I love the most. It was one of the hardest things I’ve ever had to do because I knew that all these accusations were false,” Greitens responded.

Blunt, 71, the Senate Republican Policy Committee Chairman, has served in the Senate since 2011.