For 25 Years, Taxpayers Picked Up Polluters’ Superfund Bill. That May Finally Change.

For 15 years, the industries responsible for the nation’s worst toxic pollution helped pay into a federal trust for cleaning up waste sites through special taxes on petroleum, chemical components and corporate income. That program became known as “Superfund.”

But in 1995, the Republican-led Congress allowed those taxes to expire. They have never been reinstated, and the money for fixing many of the most noxious public health hazards in the U.S. has come entirely from taxpayers. That funding has dwindled, creating a lengthy cleanup backlog and leaving poor communities and fragile ecosystems exposed to deadly pollutants.

Efforts to reinstate these Superfund taxes have fizzled repeatedly over the past quarter-century. But Rep. Earl Blumenauer (D-Ore.), long a proponent of reimposing the levies on petrochemical companies, thinks the moment has finally come.

The Democrat plans to introduce a bill to restore the Superfund taxes next week. President Joe Biden has signaled his support, Democrats control Congress, and ― unlike the last time those stars aligned more than a decade ago ― public understanding of the threats of ecological destruction and the unequal burden placed on poor, often nonwhite communities has infused a wonky policy fight with the energy of a new-age civil rights movement.

“We have an administration that is committed to racial equity and to a broad vision of rebuilding and renewing America, which you can’t do if you have hundreds of Superfund sites that are not going to be cleaned up anytime soon,” Blumenauer said by phone. “The landscape [for passing the bill] is more favorable than it has been in the last 30 years.”

The legislation would impose an excise tax of fractions of a penny on crude oil and oil products, and between six cents and $14.30 on chemical feedstocks, while it would tax corporate income over $4.7 million at less than 1%.

Those represent relatively modest levies on companies like Dow Chemical, which reported profits of over $1.2 billion last year, and Exxon Mobil Corp., whose chemical division boasted its best quarterly result in years in the final three months of 2020. 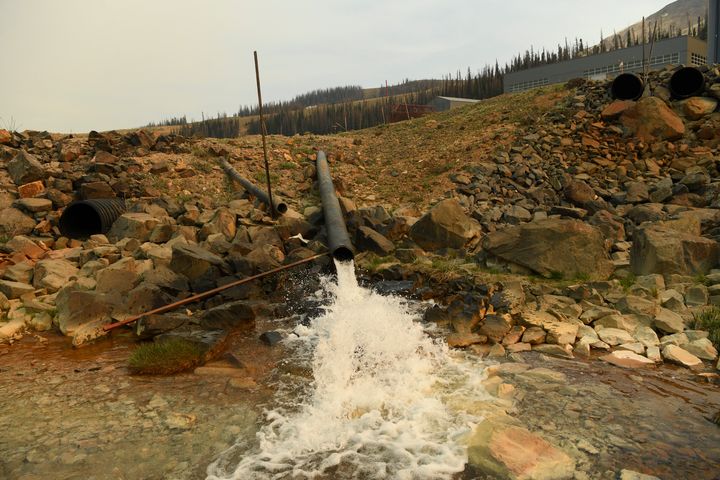 But the funds add up. The levies would generate upward of $1.7 billion per year, or nearly $19 billion over the next decade, according to a Congressional Budget Office scoring of a past version of the legislation.

That funding would go a long way toward dealing with a backlog of unfunded Superfund projects that nearly tripled during the Trump administration, EPA data show. In 2016, the agency had 12 cleanups that stalled for lack of funding. By 2019, that figure grew to 34 across 17 states and Puerto Rico.

The lack of money in the Superfund gives polluters an advantage in negotiations with the EPA. With enough funding, the agency could fund cleanups on its own and stick companies that refuse to make a deal with hefty bills.

But companies know there isn’t enough in the Superfund to do that, so they drag talks with EPA enforcement out five, 10, even 20 years, said Judith Enck, a former regional EPA administrator in New York. And at a certain point, regional agency offices and state regulators have the incentive to take shoddy deals for incomplete cleanups just to get the projects off the federal books.

“There’s always pressure to get these cleanups done sooner rather than later,” Enck said. “What’s not documented is when a regional office signs off on a less-comprehensive cleanup because they just want to get it done and don’t want to spend literally another 10 to 15 years fighting with recalcitrant polluters.”

Living near a Superfund site decreased life expectancy by between two and 15 months, according to a peer-reviewed study of all nationwide hazardous waste sites published in the journal Nature Communications this week. The petrochemical industry could soon add more sites as companies embark on a massive buildout of plastic-making plants to generate more profits off fossil fuels once automobiles go electric and power plants convert to solar and wind.

The Superfund taxes would, in those cases, “play a modest role in discouraging greater use of these products,” Enck said.

“You can think of it as a mini carbon tax to some degree,” she added, referring to the longstanding proposal to put a price on climate-changing carbon dioxide emissions to encourage an economy-wide shift away from fossil fuels.

Still, Blumenauer’s bill is likely to face pushback. The companies responsible for the pollution clean up the waste in about 70% of sites, typically a result of settlements with the EPA’s enforcement division. The money in the tax-funded trust finances the other 30% of so-called orphan sites, where the responsible parties have either gone out of business or cannot be identified.

Proponents say the taxes ensure that the “polluter pays” for the damages and shores up the fund during times when fears over the federal deficit lead Congress to slash spending. Opponents say the levies unfairly apply to entire industries, taxing companies at the same level regardless of their compliance with environmental regulations.

In past debates over restoring the Superfund levies, the American Petroleum Institute, the country’s biggest oil and gas lobby, complained that the petroleum industry paid 57% of the taxes “even though its share of the liability was less than 10%.”

“Reinstating the expired Superfund taxes would be unfair,” the group said in a statement.

Yet it’s only gotten more difficult to guarantee funding from polluters.

The Superfund taxes initially came with exemptions for companies. Even after the taxes expired in 1995, those exemptions remained in force.

Less than a decade later, they actually expanded. In 2002, Congress passed new exemptions for landowners who might previously be held liable for toxic waste on the property they purchase. In 2017, the Trump administration scrapped an EPA rule that would have required mining companies, fossil-fueled power plants and petrochemical refiners to take out insurance policies guaranteeing Superfund payments.

The regulation would have avoided scenarios in which polluters, particularly mining companies, go bankrupt before EPA enforcement agents can broker a settlement deal to clean up waste sites. In those cases, “it really is a question of how they’re going to get paid for,” said Jim Woolford, who led the Superfund program from 2006 until he retired from the EPA in 2020.

“A lot of businesses, like mining companies, have gone bankrupt,” he said. “The agency does get some funds from bankruptcy proceedings, but it’s in line with a lot of other creditors, so it doesn’t usually get all the funds it needs to cover the costs of whatever environmental harm the company may have caused.”

“Finding the responsible party is always the challenge because a lot of them have gone out of business,” said Whitman, who served as EPA chief from 2001 to 2003 under then-President George W. Bush. “I know of several who used going out of business as a tactic to get out of responsibility.”

While mining firms have historically created some of the biggest and most expensive Superfund sites in the country, particularly in western states, the funding long provided by the oil and gas industry for its own messes looks increasingly imperiled as more than 100 companies went bankrupt last year. 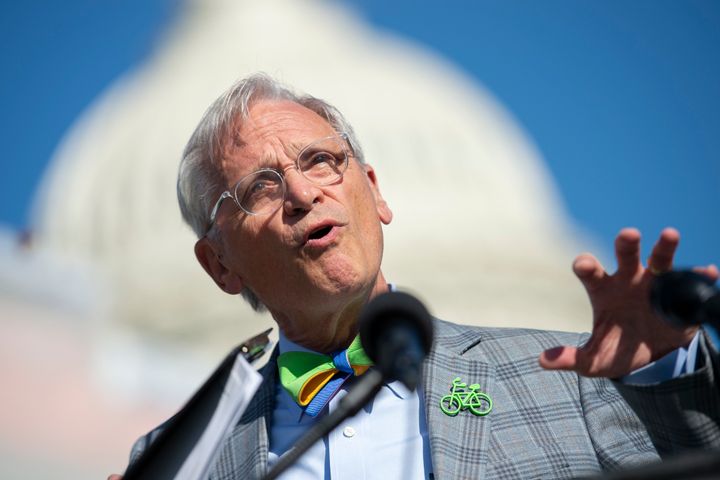 The EPA’s budget, meanwhile, has failed to keep up with population growth, inflation and economic expansion, leading to a 55% drop in real-dollar funding between 1979 and 2018, according to Environmental Defense Fund estimates.

If he doesn’t win support for reinstating the polluter levies, Blumenauer said he would instead seek to repeal liability exemptions for companies.

“It’s absolutely outrageous,” he said. “That was part of the bargain originally within the Superfund. They paid into it, and they got their get-out-of-jail-free card in terms of liability. If they don’t go along with reinstating, there’s no reason for them to be given an exemption from liability.”

The Superfund’s growing backlog and the risk climate disasters such as extreme storms increasingly pose to communities neighboring the toxic sites could help pass Blumenauer’s bill.

Already, the congressman said, Sens. Jeff Merkley and Ron Wyden, both Democrats from his home state of Oregon, have expressed interest in the legislation. Democrats command narrow majorities in both houses of Congress, and the centrist Democrats who wield heavy influence, particularly in a Senate split 50-50 along partisan lines, have repeatedly called for offsetting federal spending with new revenue sources.

President Joe Biden called for reinstating the Superfund taxes as part of his $2 trillion infrastructure proposal released last month. The White House also asked as part of its annual budget request for $882 million to boost the Superfund, a sum Woolford said would significantly shrink the program’s backlog of stalled projects over the next three years.

But infusions of federal cash dwindle fast. In 2009, then-President Barack Obama earmarked $563 million of the $840 billion American Recovery and Reinvestment Act for the Superfund, clearing the backlog inherited from the last administration. But more than a dozen projects had stalled by the time he left office.

“It’s not perfect,” Stan Meiburg, a former acting deputy EPA administrator who spent 39 years at the agency, said of reinstating the Superfund taxes. “But something that makes sure there is a steady, stable funding flow to provide for cleanup of these sites over time is a good thing.”