Home » Politics » Field locked in, but stage is still in flux, for Round 2 of Dem debates

Field locked in, but stage is still in flux, for Round 2 of Dem debates 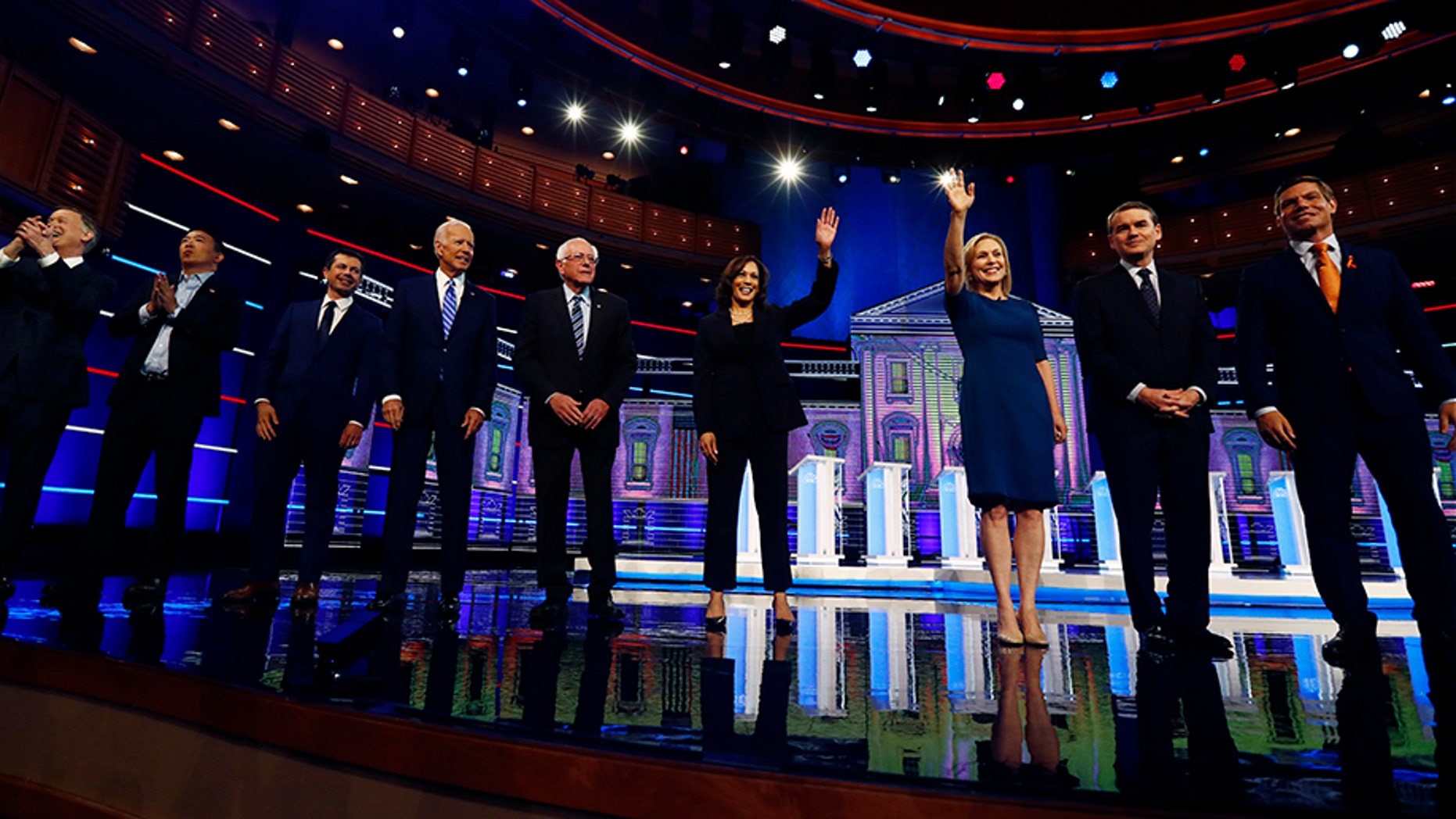 The names of the 20 Democratic presidential candidates who will take part in the second round of primary debates is now official.

The Democratic National Committee and CNN, its media partner for the consecutive nights of showdowns JJuly 30-31 in Detroit, on Wednesday announced which candidates made the cut.

They are, in alphabetical order:

While the lineup is set, however, the stage is not. A random drawing to determine the candidate lineup for each of the two nights of the debates will be conducted on CNN on Thursday evening.

With a record setting two-dozen candidates running for the Democratic nomination, the DNC has kept the first two rounds of debates to 20 contenders – 10 each night on consecutive nights.

The thresholds for the White House hopefuls to qualify: reaching 1 percent in three polls recognized by the national party committee, or receiving contributions from a minimum 65,000 unique donors as well as 200 unique donors in at least 20 states.

Fourteen of the candidates made the stage by satisfying both criteria. They are Biden, Booker, Buttigieg, Castro, Gabbard, Gillibrand, Harris, Inslee, Klobuchar, O’Rourke, Sanders, Warren, Williamson and Yang.

The only change to the field from the first round of debates – held in Miami in late June – is that Bullock has qualified and Rep. Eric Swalwell of California, who appeared in the first round, has dropped out.

The DNC has raised the thresholds, mandating that to make the cut for the third and fourth rounds, candidates must receive contributions from a minimum 130,000 unique donors, as well as 400 unique donors in at least 20 states. And they also must also reach at least 2 percent in four qualifying polls.

The new criteria have been heavily criticized by some lower-tier candidates.

Daniel Turner: New York is in bad economic shape – fracking could change that if Cuomo would allow it
Politics News