A federal judge reportedly dismissed an emergency injunction Thursday evening brought by the Trump campaign afternoon to stop the counting of votes in Philadelphia that \claimed election workers ignored an earlier court ruling over election observers.

The Philadelphia County’s Board of Elections is “intentionally refusing to allow any representatives and poll watchers for President Trump and the Republican Party,” Trump’s legal team said, referring to a decision earlier in the day that said more election observers could watch the votes being counted. 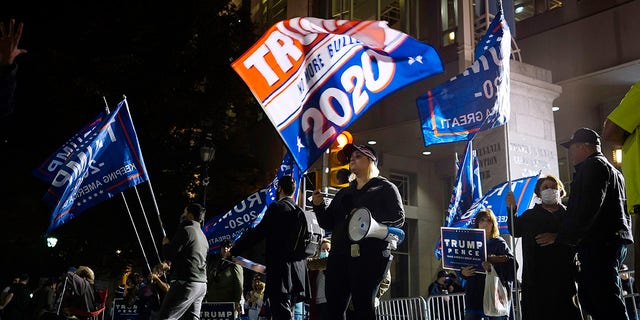 Diamond said the Trump campaign admitted its observers had been allowed to witness the counting but alleged it had not been given equal access as Democrats. He urged both parties to come to an agreement and they eventually decided on 60 observers for both sides, according to WHYY-TV in Philadelphia.

"The federal court denied the Trump campaign's motion," the Philadelphia City Commissioners said in a statement after the ruling, WPTI-TV in Philadelphia reported. "The City Board of Elections agreed to keep the barrier for all observers where it is – at 6 feet for now, and to continue to admit observers in compliance with the law, but no more than 60 per side. The President and his campaign representatives had falsely claimed throughout the day that their representatives were not allowed in the room. But their counsel admitted at the hearing, after questions from the court, that they had several representatives in the room."

The Trump campaign has not yet responded to Fox News after-hours request for comment.