Some recent unsavory incidents involving FBI personnel are expected to face scrutiny Thursday when the bureau’s director, Christopher Wray, appears before the House Judiciary Committee, according to a report.

Wray, who continues in the job under President Biden after having been appointed in 2017 by former President Trump, is expected to field questions on alleged agent misconduct, accusations of political bias and claims that the agency missed warning signs about the Jan. 6 riot at the Capitol, The Washington Times reported.

The alleged misconduct includes claims in a government report leaked last month that a “slimy” high-ranking FBI agent drank during work hours and groped female subordinates, and June 1 claim by Maryland authorities that a former FBI agent tried to murder a man on a subway train, according to the Times.

The alleged incidents – in addition to previous claims of political bias and claims that the bureau lacks the competency it has seen in the past – have tarnished the FBI’s reputation in the view of some observers.

“If Director Hoover were still around, he would be appalled,” David Stebenne, author of books on FBI history, told the Times, referring to J. Edgar Hoover, the bureau’s first director, who served from 1924 to 1972.

“If Director Hoover were still around, he would be appalled.”

Wray might also face questions about ransomware attacks occurring in the U.S. in recent weeks, with the bureau having blamed a Russian group for the Colonial Pipeline attack.

Any remarks Wray might make about Russia on Thursday would come just days ahead of President Biden’s planned face-to-face meeting with Russian President Vladimir Putin next week.

Last week, Wray told the Wall Street Journal that other entities beyond the FBI share responsibility for preventing cyberattacks. 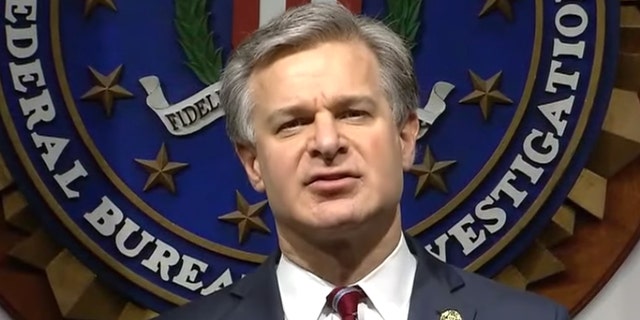 “There’s a shared responsibility, not just across government agencies but across the private sector and even the average American,” Wray told the newspaper.

In addition to scandals within the bureau: Data from recent years show the FBI having a difficult time getting convictions in criminal cases. FBI convictions have dropped a total of 11% over the past five years after suffering declines each year, a Syracuse University study found, according to the Times.

Bad news not only hurts the bureau’s reputation but potentially hinders its ability to convince Congress to provide it with more resources, Stebenne told the newspaper.

Regarding the Jan. 6 riot, Wray told the Senate Judiciary Committee in March he didn’t know why the FBI’s advance “Norfolk memo” about potential trouble at the Capitol didn’t reach more members of various law enforcement agencies despite having been distributed several ways.