Home » Politics » Fact-Checking Claims on the Migrant Surge at the U.S.-Mexico Border

Fact-Checking Claims on the Migrant Surge at the U.S.-Mexico Border

As migrants arrive at the southwestern border in increasing numbers, lawmakers and officials are misleading about border policies, migrants, the coronavirus and immigration flows. 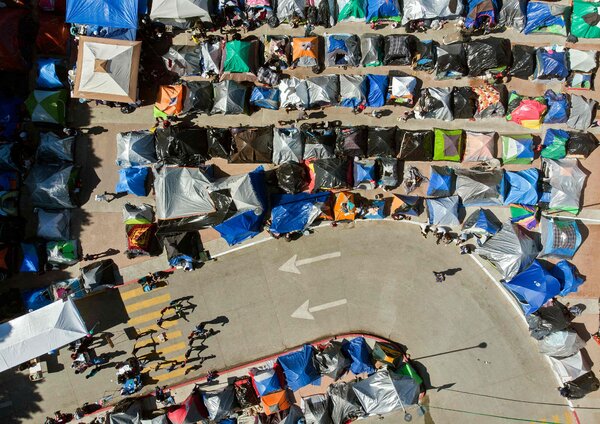 With the number of migrants apprehended at the southwestern border expected to reach a two-decade high, Republicans are blaming President Biden for the surge, while Democrats argue that immigration system he inherited left him ill-prepared.

“The previous administration was expelling these unaccompanied children, some who are girls under the age of 12, for example, back to Mexico. We ended that practice.”
— Alejandro Mayorkas, secretary of homeland secretary, in a congressional hearing on Wednesday.

This is misleading. The practice of expelling unaccompanied children ended thanks to a court ruling before Mr. Biden took office, though his administration declined to resume expulsions when an appeals court decided it could do so.

Citing the threat of the coronavirus and using a public health emergency law known as Title 42, the Trump administration announced last March that it would send back to their home countries people who illegally crossed the southwestern border, rather than detaining and processing them.

An appeals court stayed that ruling in late January, once again allowing the expulsion of children, but the Biden administration has decided against the practice. It continues to send back adults and families, however.

“Unaccompanied children haven’t been expelled since November,” said Aaron Reichlin-Melnick, the policy counsel for the American Immigration Council, which advocates on behalf of immigrants. “They chose to keep the status quo place.”

“We inherited a government that had allowed the number of beds to safely and humanely house these children — administered by the Department of Health and Human Services, the Office of Refugee Resettlement — had allowed it to shrink to a record low number.”
— Ron Klain, Mr. Biden’s chief of staff, in an interview this month on MSNBC.

False. The Biden administration is struggling to find space for migrant children and teenagers who have recently arrived at the border, with some sleeping on gym mats with foil sheets in processing facilities as they wait to be transferred to shelters contracted with the Office of Refugee Resettlement. But Mr. Klain is wrong that the backlog is because the previous administration drastically downsized monthly bed capacity.