Home » Politics » Even Among White Evangelicals, Women Are Less Likely To Favor Trump

President Donald Trump has long had trouble appealing to female voters ― and that gender gap exists even among some of the president’s most loyal religious supporters, a new study suggests.

The gender gap for members of the Church of Jesus Christ of Latter-day Saints ― another staunchly Republican religious group ― was even more stark. Female members of the church, widely known as the Mormon church, were much less likely than men to hold favorable views of Trump (45% compared to 64%).

Overall, PRRI found that men are 1.5 times more likely than women to be very favorable to Trump.

The existence of a gender gap in voting preferences is well-documented ― women have been more likely than men to identify as Democrats for decades. The gender gap for the 2016 presidential election was unusually large, according to exit poll analysis from the Center for the American Women and Politics at Rutgers University. There was an 11 percentage point difference between women and men that year. 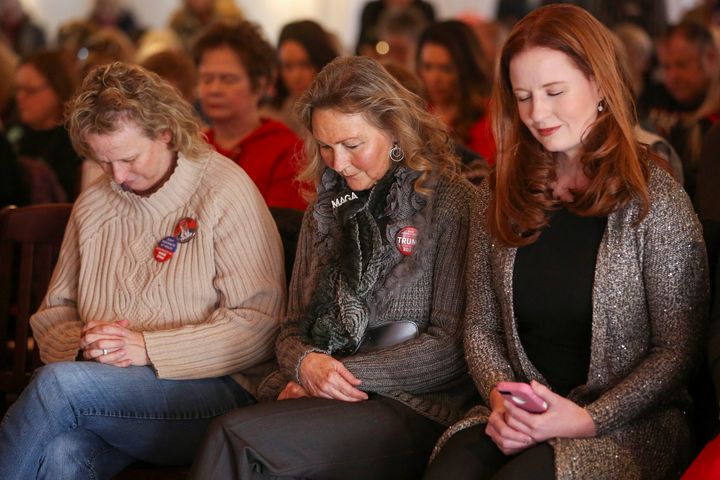 White evangelicals are a key part of Trump’s base. Nearly two-thirds (64%) of white evangelicals interviewed for the study viewed Trump favorably, higher than any other major nonpolitical demographic group. PRRI found that Trump’s favorability ratings among this group did not decline after the announcement of the impeachment inquiry ― instead, favorable ratings increased over the course of 2019.

Trump is white evangelicals’ “ultimate fighting champion” because he isn’t constrained by traditional Christian virtue, said Kristin Kobes Du Mez, a history professor at Calvin University and the author of an upcoming book on white evangelical masculinity. But the president’s actions ― his lies, crass and bombastic behavior, and his treatment of women ― make white evangelical women uncomfortable.

“Trump aligns with a more militant ideal of Christian masculinity that is common in white evangelical circles. But I think more women than men are wary of this kind of power,” she said. “They may be more familiar with abuses of power, and more reluctant to see this sort of militancy as compatible with their faith.” 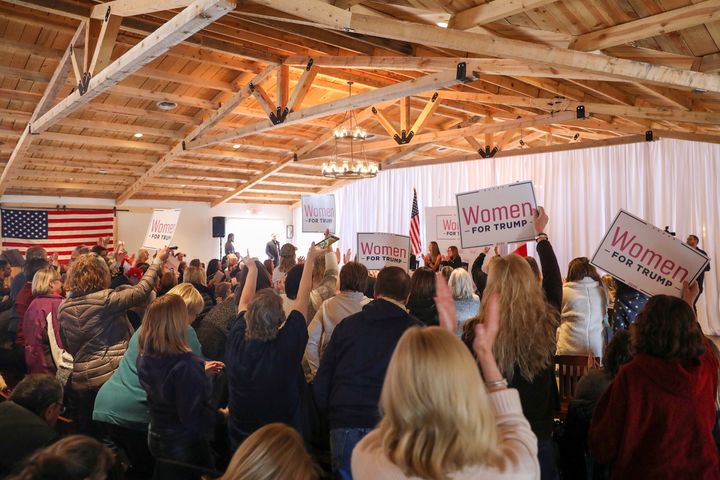 Karen Swallow Prior, a professor of English at the evangelical Liberty University, said she thinks women are more likely than men to see what some characterize as “strong leadership” to be “simply bullying and bluster.” Within white evangelicalism in particular, she said there have been numerous recent scandals that reveal examples of individual and systemic abuses of power.

“Women — who are most often the victims of these abuses — are more likely to see such behaviors for what they are,” Prior said.

At the same time, Trump’s strong anti-abortion agenda has created a “tremendous conflict” for white evangelical women who are opposed to abortion, Prior said. They may not want to support the president, but they see the benefits of keeping a Republican in the White House.

“It’s requiring some of us to really think through a more holistic life ethic,” she said. “Is a vote for Trump a vote for life — or is it a Faustian bargain that will destroy our movement in the end? This is the question I’m asking along with many other evangelical pro-life women I know.” 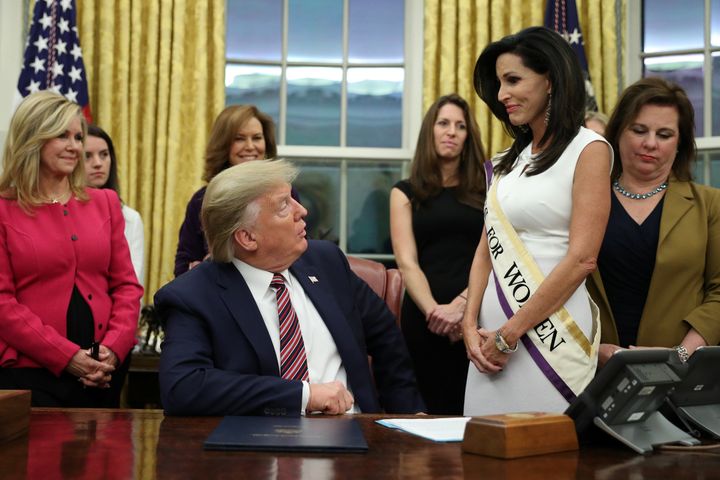 Mormon women’s chilly view of Trump is very different from how this group has felt toward previous Republican presidents, according to Jana Riess, senior columnist for Religion News Service and author of “The Next Mormons: How Millennials Are Changing the LDS Church.”

That’s partly because many Mormon women don’t think Trump upholds family values, even if they agree with his political and economic policies, Riess said.

“He is a serial adulterer whose flagrant disregard for what most Latter-day Saints would consider to be moral behavior is a turnoff,” she said.

Mormon women may also feel strongly opposed to Trump’s immigration agenda. Unlike other white Republicans, Mormons tend to see immigration as contributing to the country in a positive way, Riess said.

Nevertheless, Riess doesn’t believe Mormon women’s distaste for Trump will ultimately result in them switching parties in November. Instead, she said Trump’s relative unpopularity among Mormons is more likely to result in a depressed turnout among Republicans in Utah, where the faith is headquartered.

Prior said she suspects white evangelical women’s affinity for the Republican Party will be hard to shake.

“I think it’s too early to tell, but I suspect that when the time comes, evangelicals have been trained for generations to put their hopes in Supreme Court appointments,” Prior said. “The president is viewed simply as a means to that end.”

PRRI’s report is part of the 2019 American Values Atlas (AVA), the research group’s annual, large-scale survey. The 2019 results for questions on specific issues are based on a subset of 40,357 landline and cell phone interviews conducted between March 26, 2019 and December 29, 2019. The margin of error for issue subsample is +/- 0.6 percentage points.