WASHINGTON – House Republicans elected Rep. Elise Stefanik to their third-ranking leadership position Friday, completing a shift from Rep. Liz Cheney, a fierce critic of former President Donald Trump who voted to impeach him, to a lawmaker who vocally defended him.

Stefanik of New York was elected conference chair, to serve with House Minority Leader Kevin McCarthy of California and Minority Whip Steve Scalise of Louisiana. Cheney was ousted from the post by a voice vote Wednesday.

Speaking Friday after the vote, Stefanik said called herself a “proud, conservative Republican” who would help lead her party to victory in the mid-term elections next year.

Stefanik, 36, represents a generational change from Cheney, 54, as the party strives to regain control of Congress in 2022. But the change in Republican leadership derived more from their relationship to Trump than to customary political gauges, such as conservative credentials or seniority.

Rep. Chip Roy, R-Texas, jumped into the race late Thursday evening after conservatives within the conference argued for someone more legislatively conservative and against the speed of the process.

Speaking to reporters after a candidate forum Thursday, Roy said he “highlighted policy issues” and said “you see a pretty clear distinction” between himself and Stefanik. Roy declined to discuss how he distinguished himself from Stefanik. But he said the debate was a healthy way to discuss what Americans care about, such as “gas prices, open borders and China, Israel getting attacked.”

The final vote tally Friday was 134-46, according to sources in the room.

Earlier in the week, he had circulated a memo to Republican colleagues arguing against placing Stefanik in leadership. Roy’s three-page memo noted a dozen times Stefanik voted against Trump’s agenda, including against his signature tax cut and border security measures. She also voted in favor of a drilling ban in the Gulf of Mexico. 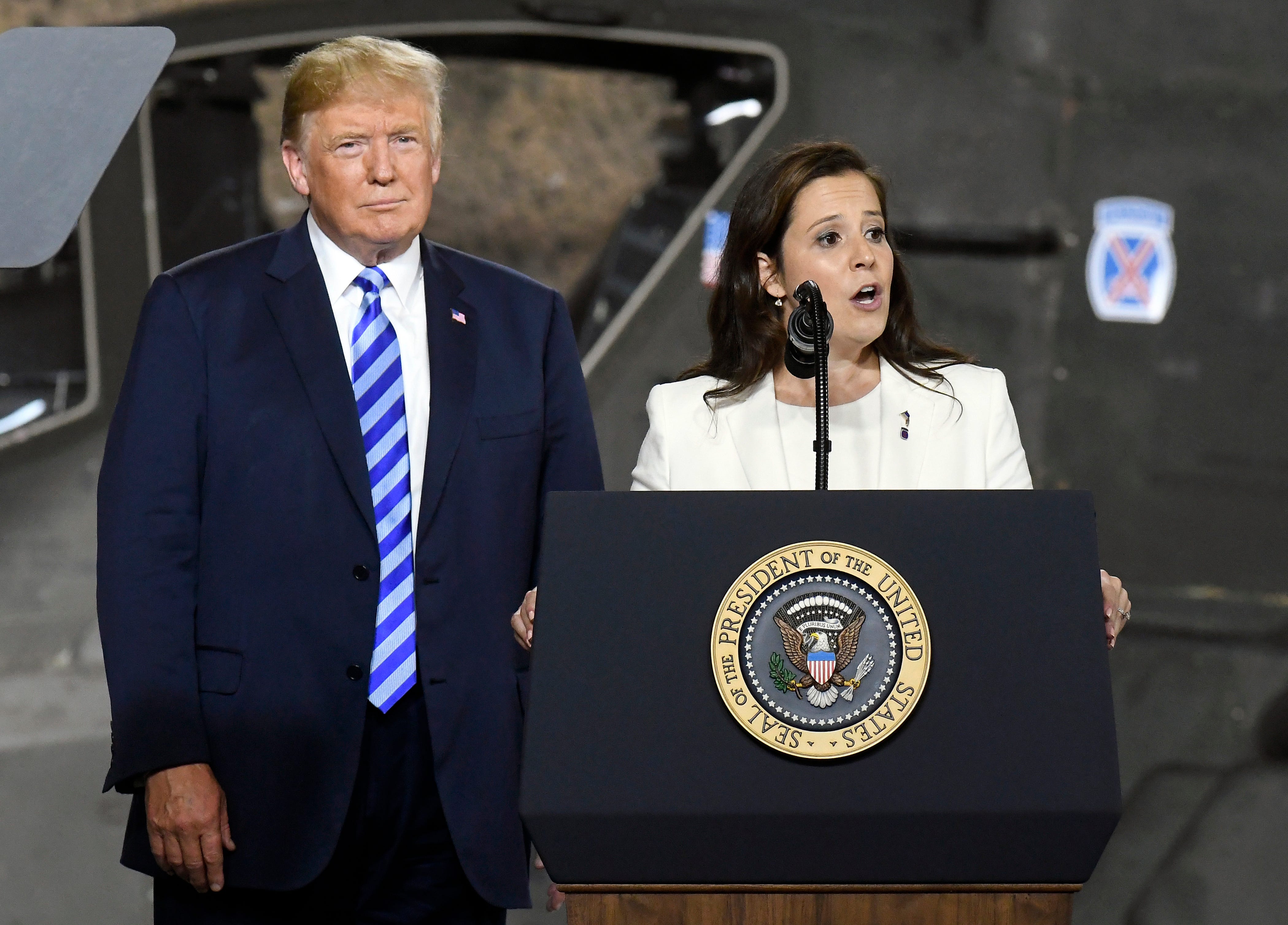 McCarthy said Thursday it was “healthy” that members got to debate the leadership position and the conference’s future.

Cheney was one of 10 Republicans in the House who voted Jan. 13 to impeach Trump for inciting the insurrection a week earlier at the Capitol. The Senate acquitted Trump in both impeachments.

Trump endorsed Stefanik and blasted Cheney as “a bitter, horrible human being.” He also predicted she would lose her seat representing Wyoming, where Trump supporters are campaigning against her.

The hostility is mutual. After the leadership vote, Cheney said she would “do everything I can to ensure that the former president never again gets anywhere near the Oval Office.” She told the “Today” show if Trump wants to campaign against her, “bring it on.”

Stefanik, in contrast, became a vocal defender of Trump from her seat on the Intelligence Committee through Trump’s two impeachments.

“I’m proud of President Trump’s support,” Stefanik said. “He’s an important – the most important leader – in our party for voters and it’s going to be important that we work as a team to win the majority in 2022.”

During the first impeachment, which dealt with Trump’s dealings with Ukraine, Stefanik asked a former ambassador about the State Department prepping her for questions about Hunter Biden, the son of Joe Biden, serving on an energy company’s board.

When another lawmaker tried to give her more time to ask questions, Stefanik got into a heated exchange with the chairman, Rep. Adam Schiff, D-Calif., who refused to recognize her.

Stefanik became one of Trump’s informal defenders on the Hill.

“Trump has fought tirelessly to deliver results for all Americans, despite the Democrats’ baseless and illegal impeachment sham and the media’s endless obsession with it,” she said in August.