Home » Election results 2021: What they mean for Labour, the Tories and the SNP

Election results 2021: What they mean for Labour, the Tories and the SNP

Last week’s vote saw the public elect 143 English local councils, 129 Members of the Scottish Parliament, 60 Members of the Welsh Senedd, 39 Police and Crime Commissioners, 25 London Assembly seats and 13 directly-elected mayors. Major local elections like these are often used to gauge the public mood outside a general election, and this time was no different.

Usually, major local elections such as these see the ruling party lose a few local seats as citizens punish the winners of the latest general election for perceived failures.

However, this was not the case this time, as Boris Johnson’s party continued its run of popularity with voters.

The Conservative Party took another seat in Westminster in the only by-election, in Hartlepool, snatching the seat from Labour.

And in the English council elections, the Tories made gains over Labour in both councils and council seats. 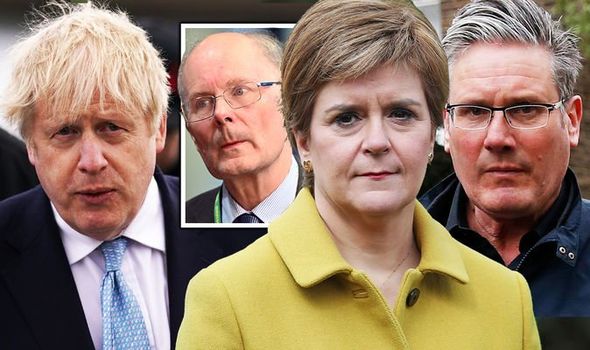 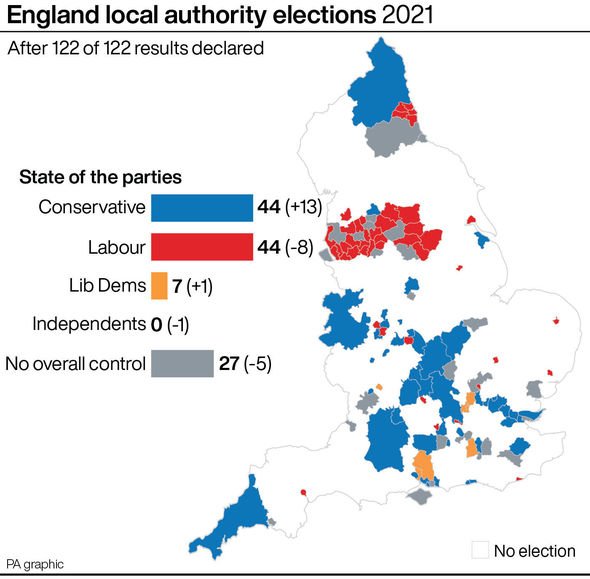 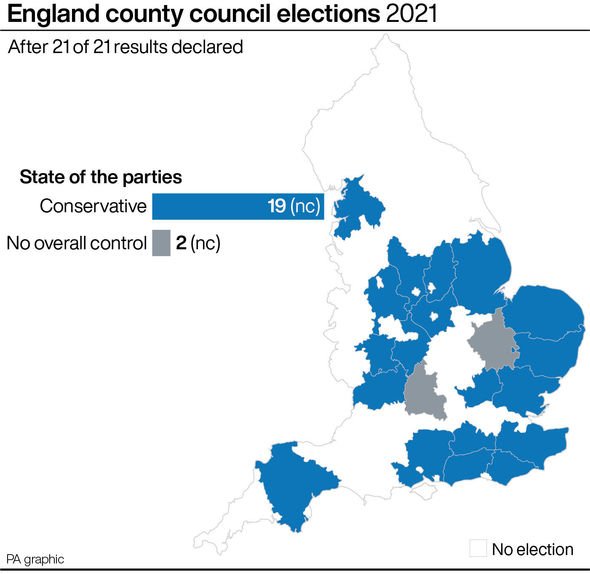 The Conservatives now control more than a dozen more councils than they did before and there are more than 200 extra Tory councillors.

The continued success of the ruling party is thought to be down to the success of the vaccine programme, as well as voters still calling on Brexit as a reason for voting choice.

This positive set of results will bolster Boris Johnson’s team and help put to bed the sleaze allegations that have been plaguing the Prime Minister.

And according to the data, the Tories would win another general election with similar ease to that of 2019, if another were to be held today.

According to projections run by the BBC, the local election results would translate into the equivalent of the Tories winning 36 percent of the vote in a general election. 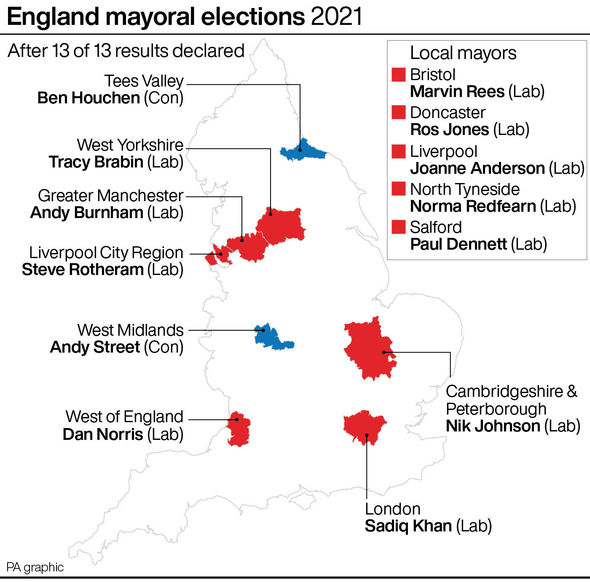 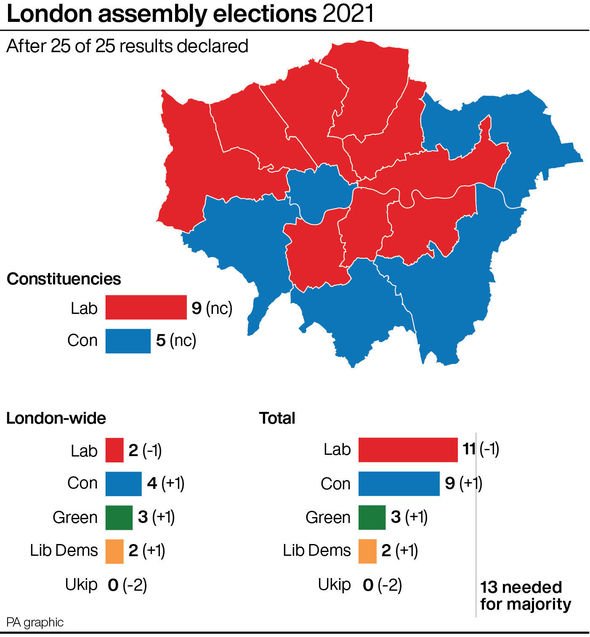 In contrast to the Conservative success, the Labour Party continues losing support in England.

The same BBC projections showed the local election results would translate into the equivalent of Labour winning 29 percent of the vote in a general election.

That might be less of a gap between the Tories than the disastrous 2019 election, but still indicates the party’s support hasn’t recovered as much as it had hoped with a change of leadership.

Labour lost control of eight councils and more than 300 seats.

One of the councils the party lost, County Durham, had been under Labour control for more than 100 years, since 1919, and was the first council the Labour Party ever ran.

The losses Labour has suffered in England are a real cause of concern for the party and have prompted Sir Keir Starmer to undertake a shadow cabinet reshuffle – though critics have said it will take far more to win back voters.

However, more encouraging results were seen in Wales, where Labour recorded a five-point advance on its share of the vote in 2016.

Labour now has 30 of the Senedd’s 60 seats, matching its previous best performance. 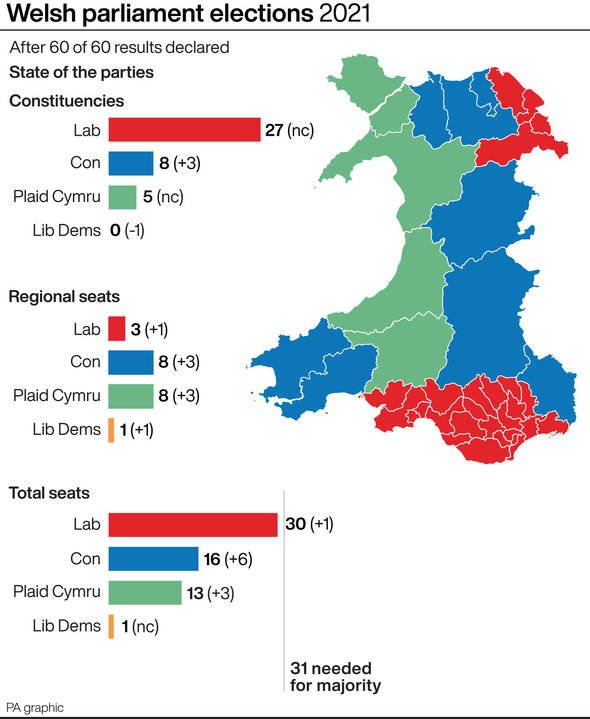 Another area Labour supporters can look to for positives is the mayoral elections in some of England’s biggest city regions.

Labour’s success here gives an idea of where their new heartlands might be, as the political map is still being redrawn following the Brexit vote of 2016.

Sadiq Khan won again in London, from second preference votes after a first round that was closer than expected. Tory candidate Shaun Bailey came second.

Andy Burnham won easily in Manchester with an increased majority, and Labour took control of the West of England and Cambridgeshire & Peterborough from the Conservatives.

They also held on to the combined authority mayoralties in Liverpool, the West of England and won all five single authority mayors that were up for grabs. The party also won the newly created Mayor of West Yorkshire. 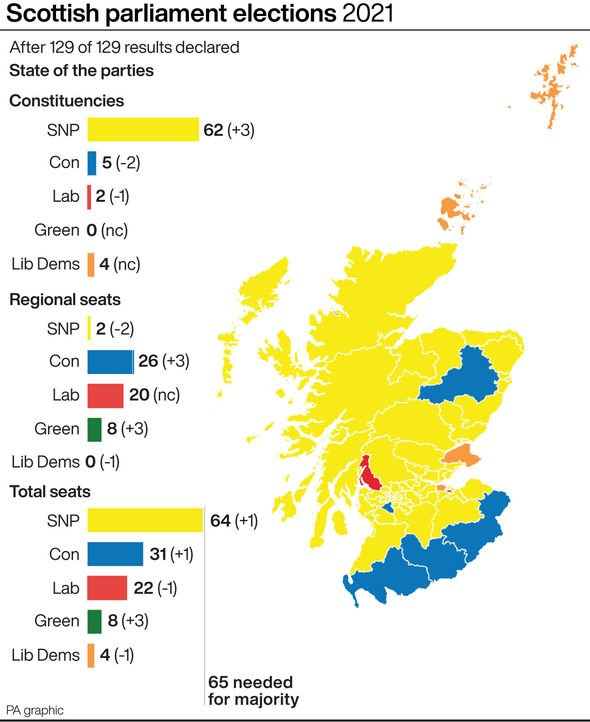 The SNP will be pleased with its results – the party won a record 48 percent of the constituency vote, up a point from 2016.

However, this still wasn’t enough for an overall majority in Holyrood – with 64 seats the party is still one short and will need to lean on smaller parties to form a minority government.

This will be enough, however, for First Minister Nicola Sturgeon to pursue another independence referendum, as the SNP joins with the pro-independence Scottish Greens, resulting in a majority of 15 in favour of independence in the Scottish Parliament.

Ms Sturgeon said she would “offer this country the choice of a better future”, but added her party would wait until “the time is right”, pledging to focus on Covid recovery first.

However, while the results will be encouraging for those pro-independence, they also show how divided the nation is on the topic of independence.

Analysis by Professor John Curtice for the BBC said: “Overall, the election revealed how evenly divided Scotland is politically.

“On the constituency vote, the three main parties that were backing Scotland staying in the UK won 50.4 percent of the vote.

“But on the list vote it was the three main parties that were supporting independence that were narrowly ahead with 50.1 percent.”