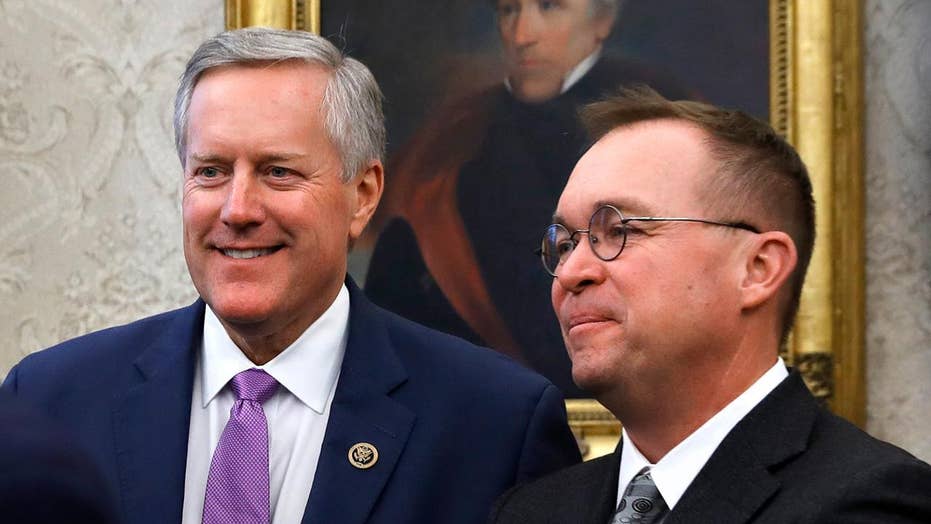 In the midst of a week that future historians may say has been President Trump’s most difficult, the president made a wise choice in selecting Budget Director Mick Mulvaney to be his acting chief of staff. Both the president and our nation will benefit by this appointment.

Mulvaney comes prepared and is no apprentice. He is a master craftsman who has learned the ropes as member of Congress and in handling one of the most complicated jobs in government.

The incoming acting chief of staff knows more about the policy and budget decisions of the Trump administration than anyone else. And Mulvaney’s experience serving in the House as a Republican representing South Carolina for six years gives him an understanding of politics and how Congress works.

White House Chief of Staff John Kelly, who is eager to escape the madness of the White House and the Oval Office, will stay on until the end of this month.

When Mulvaney takes over he will create the least disruption in a place that needs stability and direction as it faces crisis after crisis ahead.

After sifting through a cadre of candidates to be his new chief of staff – some qualified and some eminently unqualified – the president chose the person who has the best chance to go the distance.

The “acting” title for the incoming chief of staff is irrelevant. Everyone serving in the hierarchy of a White House serves at the pleasure of the president.

The success or failure of Mulvaney depends on how he helps the president do his job.

Mulvaney has watched two able men – Kelly and Reince Priebus – fail at the chief of staff’s job over the last two years, not because they weren't skilled, but because of the chaos surrounding President Trump's management style.

Mulvaney knows going in what will work and what won't. He's not going to change this president and shouldn't try.

Equally important, Mulvaney understands the power to disrupt wielded by the dynamic duo of first daughter Ivanka Trump and her husband, Jared Kushner, who both worked very hard to undo Kelly and Priebus before him.

While Ivanka Trump and Kushner are White House staff, they don't think or operate like White House staff and they won't be managed or controlled. Knowing that going in, Mulvaney needs to make allies of both and let them contribute and deal with the president as he and they desire.

Mulvaney knows going in what will work and what won’t. He’s not going to change this president and shouldn’t try.

All of this is important as President Trump moves into the most difficult time of his term in office. Fighting off the investigation led by Special Counsel Robert Mueller, dealing with the Democrats controlling the House with subpoena power starting in January, and gearing up for a re-election campaign won't be easy. The president will need all the skills of his chief of staff and everyone else in the White House.

Most citizens don't know the role of the Office of Management and Budget (OMB) that Mulvaney heads. It is the organization that oversees all elements of the executive branch of government for the president.

The OMB is extraordinarily powerful, because it manages the money and the policy of agencies controlled by the president. It tells agencies what they can do or not do, and makes them coordinate with other agencies in the executive branch. It controls all spending, all regulation, all testimony to the Congress, and really runs things for the president.

As a result, the OMB director holds one of the most important Cabinet positions. Several former directors have moved up to be very effective White House chiefs of staff under both Republican and Democratic presidents, including Leon Panetta (for President Clinton), Jack Lew (for President Obama),  and Josh Bolten (for President George W. Bush).

None of the OMB directors who became White House chief of staff failed to do the job well. My sense is that Mick Mulvaney will not fail either. If President Trump lets him do the job and sees him as the key staff leader he needs, the turbulent times ahead won't go away, but a steady and will be on the wheel.

Trump’s Love of Coal Will Never Not Be Absurd