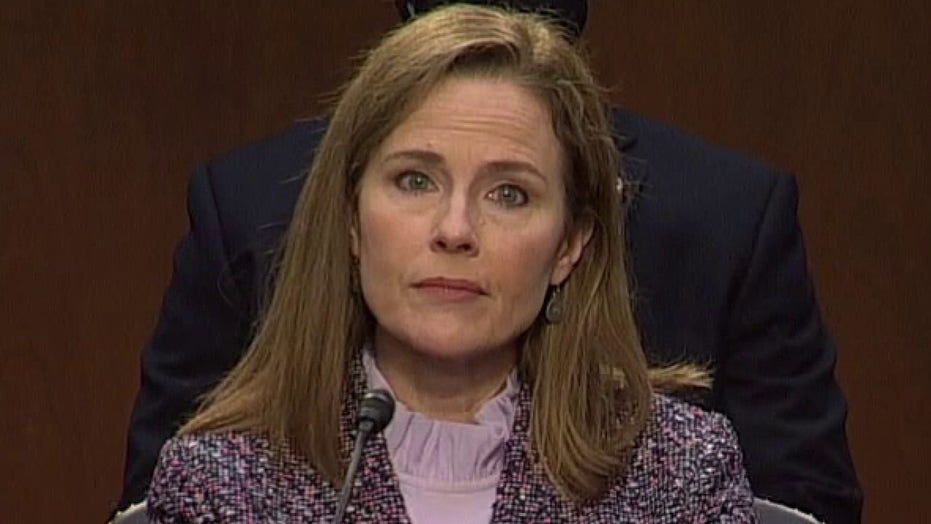 Judge Barrett: Doctrine of severability is a doctrine of statutory interpretation

Sen. Dick Durbin, D-Ill., continued Democrats' claims that the real reason why Republicans are rushing to confirm Judge Amy Coney Barrett to the Supreme Court is so that she can be on the bench for an upcoming ObamaCare case, but he had a particularly colorful way of putting it.

The case, California v. Texas, centers on whether the Affordable Care Act's individual mandate is still constitutional now that there is no tax attached to it and whether the act itself can survive without it. The Trump administration is siding with states who believe that ObamaCare should be stricken down in its entirety.

"There is a political agenda here. Whether you are privy to it, part of it notwithstanding, it has to do with the Affordable Care Act," Durbin said. "Nov. 10 is the absolute date they have to fill the vacancy if the president, and those who support him, and those who support the Republican platform are going to keep their promise to end the Affordable Care Act. They need that ninth justice, and that's why it has to be hurried. Unfortunately, that is the cloud, the orange cloud over your nomination."

The idea that President Trump specifically nominated Barrett — whether she was aware or not — so that she could be a key vote in eliminating the Affordable Care Act has been repeated by Democrats throughout her confirmation hearing. Barrett has insisted that she has had no discussion with the president about how she would rule in any case. 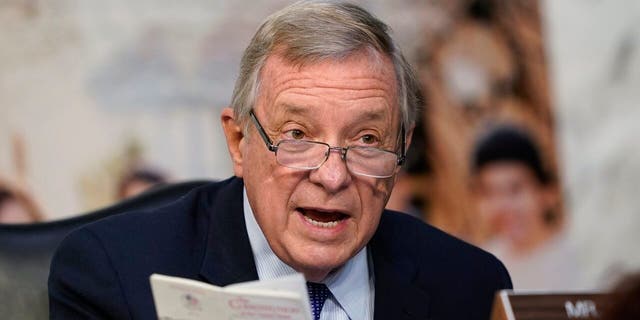 Similarly, Barrett would not get into how she might rule on the current case if given the opportunity, but she did recognize the significance of the key issue of severability, which allows statutes to stand even if part of it is stricken for being unconstitutional.

"I think the doctrine of severability as it's been described by the court serves a valuable function of trying not to undo your work when you wouldn't want a court to undo your work," Barrett told Senate Judiciary Committee ranking member Dianne Feinstein, D-Calif. "Severability strives to look at a statute as a whole and say 'would Congress have considered this provision so vital that kind of in the Jenga game, pulling it out, Congress wouldn't want the statute anymore?'"

Such appreciation for severability on the part of current justices has led a number of legal thinkers to believe the Supreme Court would keep much of ObamaCare alive regardless of whether Barrett joins their ranks.

"I don't think the case was going to split the court 5-4," Jonathan Adler, a law professor at the Case Western Reserve University School of Law, previously told Fox News. "The court isn't split on severability the way it is split on some other issues. Multiple conservative justices on the court have indicated that their approach to severability is not in line with the arguments that the plaintiffs are making in that case."

"To strike down an entire broad-based law based on a single provision is probably not where the court would want to go," said Elizabeth Sepper, a law professor at the University of Texas.

Even Senate Majority Leader Mitch McConnell, R-Ky., appears to agree, and he said as much during his debate against Senate challenger Amy McGrath on Monday.

"No one believes the Supreme Court is going to strike down the Affordable Care Act," McConnell said.