Business Secretary Alok Sharma will lead a coronavirus briefing today from Downing Street as England nears the end of the first full week of lockdown 2.0. Prime Minister Boris Johnson addressed the nation on Monday but will not be present during this briefing.

The press conference comes the day after the resignation of one of Mr Johnson’s closest aides.

Lee Cain announced late on Wednesday that he was quitting as director of communications amid a bitter row in Downing Street.

He had been offered the post of chief of staff, but a backlash among Tories and the Prime Minister’s inner circle ultimately led to his departure from No 10 rather than a promotion.

His exit has sparked speculation he could be followed by Dominic Cummings, Mr Johnson’s top adviser who is seen as the most powerful figure in No 10. 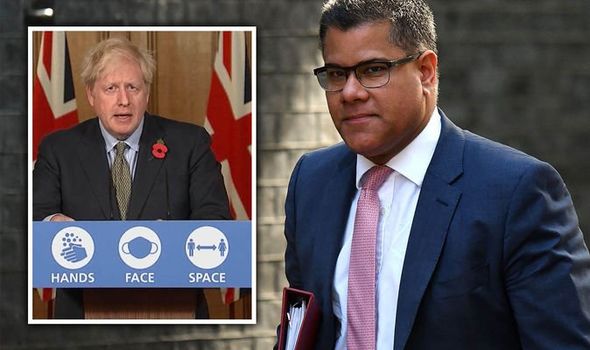 What time is the press conference today?

Mr Sharma will host the press conference from Downing Street at 5pm today.

The conference will be shown live on major news channels like BBC and Sky News.

As yet it is not known who will accompany Mr Sharma during the conference.