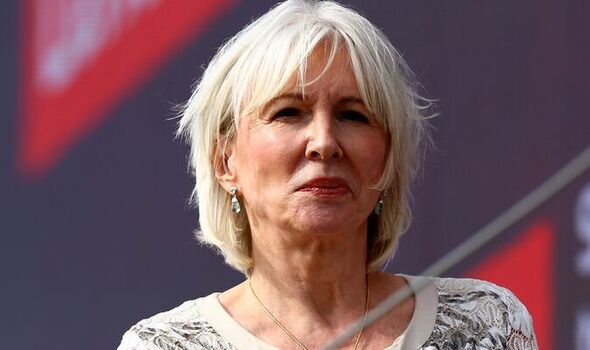 Nadine Dorries has demanded that Liz Truss calls a general election to get a new mandate as she accused the Prime Minister of tearing up three years of work on vital reforms.

The former Culture Secretary lashed out in a Tweet on a day where the beleaguered Ms Truss was under heavy criticism after performing a U-turn on scrapping the 45p  top rate of income tax.

Ms Dorries was furious that Ms Truss has shelved plans to reform the BBC licence, sell Channel 4 and bring in the online safety bill.

She had been a key supporter of Ms Truss from the start in the leadership election but refused to serve in her cabinet afterwards.

She said: “Widespread dismay at the fact that 3 years of work has effectively been put on hold. No one asked for this. C4 sale, online safety, BBC licence feee review – all signed off by cabinet all ready to go, all stopped. If Liz wants a whole new mandate, she must take to the country.”