Home » Politics » Donald Trump Jr. on Republicans supporting Biden in DNC: Dems 'pulled out a list of the biggest RINOs in government'

Donald Trump Jr. on Republicans supporting Biden in DNC: Dems 'pulled out a list of the biggest RINOs in government' 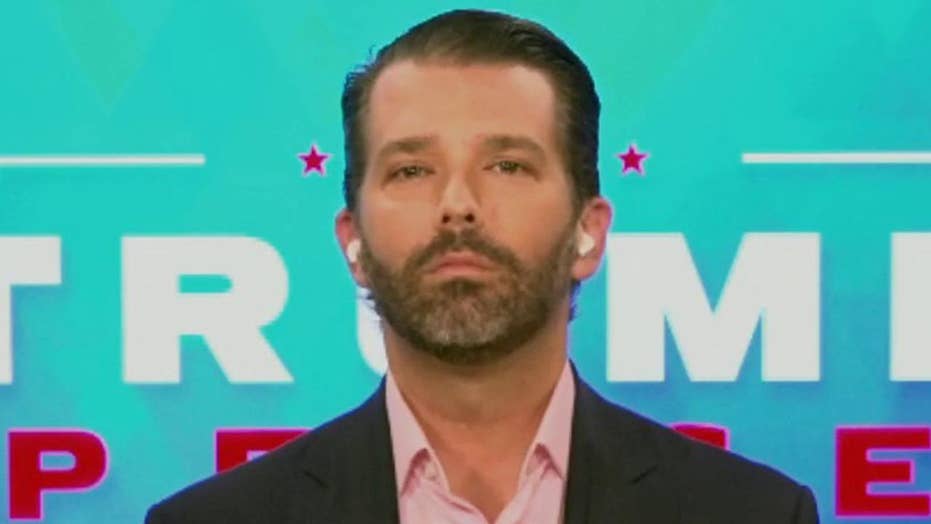 Democrats “have definitely pulled out a list of the biggest RINOs [Republican In Name Only] in government and put them” in the Democratic National Convention, President Trump’s son Donald Trump Jr. said Wednesday, reacting to the Republicans who lent their voices in support of Democratic nominee Joe Biden.

The executive vice president of The Trump Organization brought up Cindy McCain, widow of Sen. John McCain, as an example. McCain lent her voice to a video during Tuesday's second night of the Democratic convention that highlighted her late husband's close friendship with Biden.

“I don’t think that the GOP is looking at any of those people as thought leaders,” he added. “I guess the only other person that they could roll out would be [Utah Republican Sen.] Mitt Romney to really round out the diversity of Democrats or Republicans for Biden, but I don’t think that’s going to happen.”

He went on to say that he thinks “that part of the show is over.” 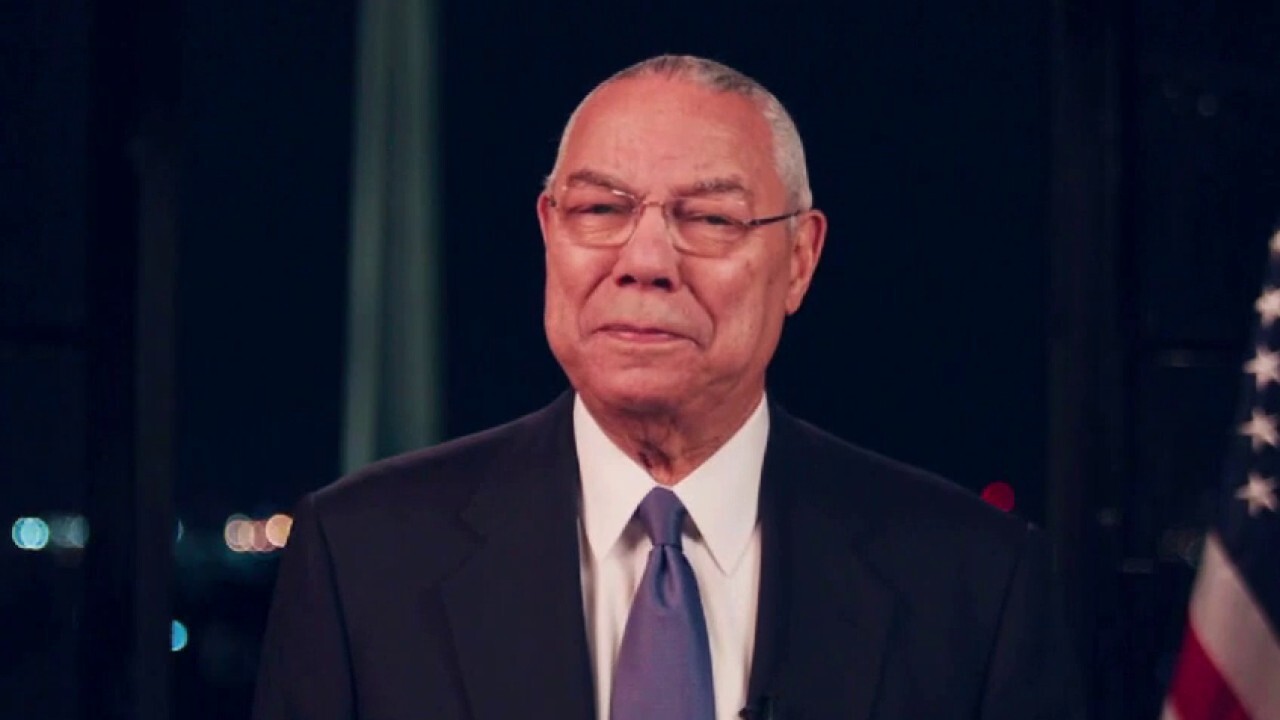 Monday night's programming at the DNC featured four Republicans speaking in support of Biden, underscoring an effort to reach out to moderates and undecideds who may be recoiling at the prospect of four more years of President Trump leading the nation.

Trump Jr. said Wednesday he thinks the Whitmans are “the most RINO Republicans I’ve ever seen,” adding that “they were basically liberals in Republican positions.”

Trump Jr. also reacted to former Secretary of State Colin Powell offering his full endorsement of Biden in a Tuesday night in a speech where he contrasted Biden’s decades of experience in foreign policy compared to President Trump’s.

“I think that Colin Powell is obviously a little upset because we’re not in endless wars because of Donald Trump, we’re not trying to get into those things,” Trump Jr. said, adding that Powell “has not voted for a Republican since 2004.” 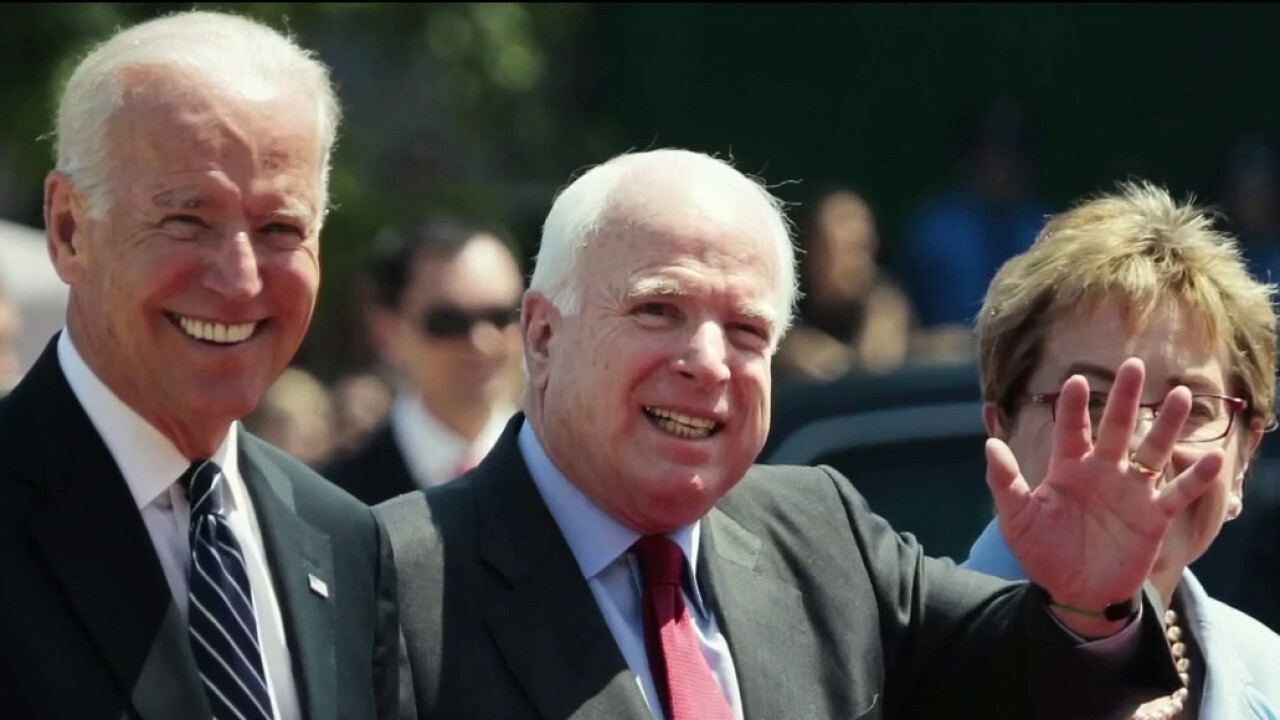 “He voted for [Hillary] Clinton, he voted for Obama twice so I know they [Democrats] want that marketing boost of this is some sort of great Republican leader, but all he is is a warmongering leftist in reality,” Trump Jr. continued.

He added that “Democrats and the media do a very good job of this, of saying, ‘Oh look at all the Republicans that are endorsing Joe Biden.’”

“The media will continue to try to boost it as though it’s a real thing, but the reality is, the Republican base, conservatives, they see what Donald Trump has done,” Trump Jr. also said. “They’ve seen the unprecedented economic numbers that he was able to deliver.”

Before the coronavirus pandemic in the U.S., in September 2019 the unemployment rate reached 3.5 percent, a 50-year low.

Trump Jr. told host Maria Bartiromo that his father is “not a 50-year swamp creature like Joe Biden.”

“If Joe Biden knew how to fix anything, anything, why didn’t he tell Obama? Why didn’t he do it in the first half a century of his swamp career? Because he can’t,” Trump Jr. said.