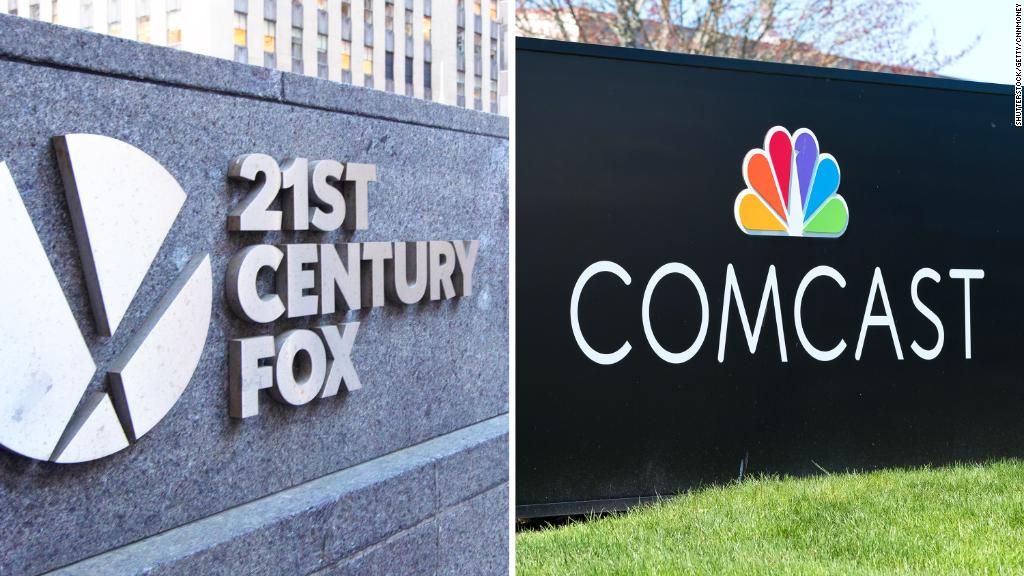 Disney has won the war for 21st Century Fox.

Comcast announced Thursday that it will drop its pursuit of the 21st Century Fox assets that it was fighting over with Disney.

Comcast had bid $65 billion for Fox’s movie studio, which is responsible for franchises like “Avatar” and “X-Men,” along with Fox’s regional sports networks and cable channels like FX and National Geographic. Disney’s most recent bid was $71 billion.

The battle with Disney isn’t completely over: Comcast said Thursday it will continue to pursue its bid for British broadcaster Sky, which Disney is also trying to buy through Fox. Comcast has offered $34 billion for that company.

A Comcast takeover of Sky would deprive Fox, and thus Disney, of a major direct-to-consumer platform in Europe that Iger has described as a “crown jewel” of the Fox assets.

Over the course of the bidding war, 21st Century Fox’s value surged 36% as Disney, then Comcast, then Disney again bid for rights to most of Rupert Murdoch’s media empire.

The Murdochs will hold onto their broadcast, news and national sports programming, including Fox News, Fox Business and Fox Sports. The new company, known as “New Fox,” will be headed by Lachlan Murdoch.

“I’d like to congratulate Bob Iger and the team at Disney and commend the Murdoch family and Fox for creating such a desirable and respected company,” Comcast chief Brian Roberts said in a statement.

The bidding war between Iger and Roberts had become one of the most closely followed stories among Hollywood executives, given the sheer scale of the acquisition and the two men’s well-known dislike for one another.

By winning the war for Fox, Disney will now have arguably the most formidable content portfolio in all of Hollywood, adding to an already impressive stable that includes Marvel, Pixar and LucasFilm.

But Sky is the other piece of the puzzle: One of Disney’s top priorities is building direct-to-consumer relationships globally, so that it can compete with the likes of Netflix and Amazon. Sky has a direct-to-consumer relationship with 23 million paying subscribers across five European countries, making it a key part of the overall Fox acquisition.

Should Sky go to Comcast, Iger would effectively cede the direct-to-consumer market in Europe to Roberts, who would then oversee the biggest pay-TV provider in the world.

Disney won the US Justice Department’s approval for its acquisition of Fox assets last month. It agreed to spin off Fox’s sports networks to get the government’s blessing.

In an unrelated but equally consequential decision, the Justice Department last week appealed a court’s approval of AT&T’s purchase of Time Warner, the parent company of CNN.