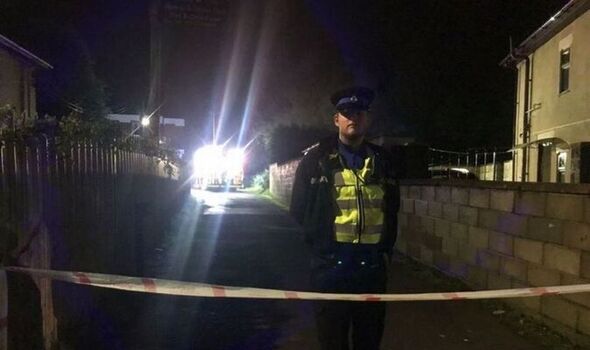 A woman’s body has been discovered in a brook in Stoke-On-Trent, and has sparked a major police operation. The body was found in water near to Abbey Hulton Sports and social club this afternoon.

The scene was attended to by a water rescue team, firefighters and ambulance crews.

A cordon was put in place as the investigation was marked as an “unexplained death”.

It remained in place when StokeonTrentLive’s reporters were on the scene at around 6pm.

The woman’s name and age has not yet been released but her family have been informed.

A spokesperson for Staffordshire Police said: “We were called to an area near Abbots Road in Abbey Hulton, at 3.40pm on Tuesday.

“We attended alongside colleagues from West Midlands Ambulance Service and Staffordshire Fire and Rescue Service.

“Sadly, a woman was pronounced dead by paramedics a short time later. Her death is currently being treated as unexplained.

“Her next of kin have been informed. Formal identification will take place in due course. A file will shortly be prepared for HM Coroner.”

A Staffordshire Fire and Rescue Service spokesman said: “Firefighters were called to Abbots Road, Stoke-on-Trent, just after 3.50pm on Tuesday.

“Crews from Hanley, Longton and Newcastle attended as did our colleagues from West Midlands Ambulance Service and Staffordshire Police.

“Sadly, a woman was pronounced dead by paramedics a short time later. The incident has been left in the care of Staffordshire Police.”

West Midlands Ambulance Service has been approached for a statement.