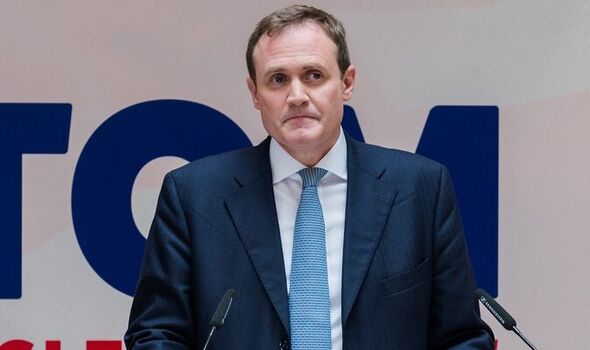 The Tory leadership outsider said it is more important to “close down the roots” of people trafficking than wait for the problem to get to British shores. But he insisted he would keep Boris Johnson’s Rwandan Asylum policy if he succeeds him as Prime minister.

Mr Tugendhat, who is promising “a clean start” in the leadership contest, said the plan should be given time to establish if it can work.

“Let’s be absolutely clear. It is a totem that is necessary,” Mr Tugendhat told the BBC, suggesting it has symbolic value.

“The way it will work is by showing extremely clearly that Britain simply does not tolerate human trafficking and the misery of slavery.”

It was put to Mr Tugendhat that – with 607 people having crossed the Channel in small boats in July alone – the policy is “not working” as a deterrent, as claimed.

It is also costing £120million yet “not a single person has been sent there yet”, presenter Sophie Raworth pointed out, asking: “Is it good value for the taxpayer?”

But the candidate seen as the centrist in the race said: “This policy has barely been introduced. So I’m afraid I’m going to give it a bit more time.”

Mr Tugendhat called for Royal Navy vessels to patrol the Mediterranean “helping our Italian and French partners”, saying: “I’ve already met with various Libyan leaders to talk about this.”

He said: “We need to close down the route through Libya, we need to be extremely clear that those North African routes simply cannot continue.”

Mr Tugendhat, the only contender to say outright that the prime minister is dishonest in Friday’s TV debate, stepped up his criticism of the outgoing prime minister’s behaviour.

He called his much-fluctuating account of what happened over the illegal No.10 parties “rather more fictional than reality”.

And he said: “What we need to see is a clean start. That is the most essential issue. In two years’ time we are going to be facing Keir Starmer in a general election.

“We need to make sure that all the attack lines that have been used against us in the last three years don’t come back in a general election.

“We need to make sure absolutely that what we are able to deliver is championing Conservative policies and deliver a Conservative vision for the future.”

Mr Tugendhat is the candidate most likely to be knocked out in the third ballot of Tory MPs on Monday evening.