Democrats and Lobbyists Gird for Battle Over Far-Reaching Tax Increases

Congressional committees this week begin drafting tax increases on the wealthy and corporations to pay for a $3.5 trillion social policy bill, but the targets are putting up a fight. 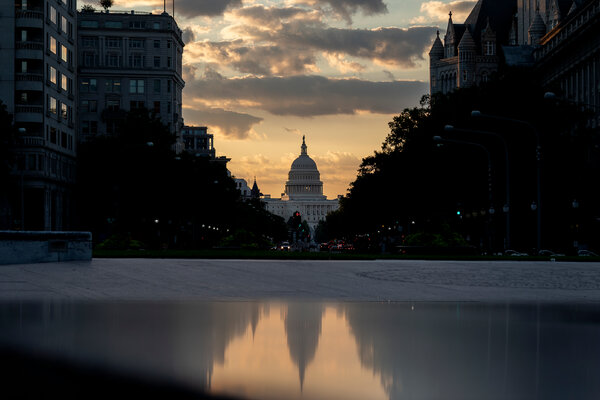 WASHINGTON — Congressional Democrats always knew their battle plan for raising taxes on corporations, large inheritances and the superwealthy would not survive initial contact with the enemy.

They just didn’t realize that enemy would be North Dakota-nice Heidi Heitkamp.

The Democratic former senator has emerged as the smiling face of a well-financed effort to defeat a proposed tax increase that is crucial to funding the $3.5 trillion social spending bill at the heart of President Biden’s agenda. Her effort is indicative of the difficult slog ahead as the business lobby mobilizes to chip away at Democrats’ tax-raising ambitions, which some lawmakers say will have to be scaled back to maintain party unity, an assessment the White House has disputed.

On Thursday, the House Ways and Means Committee is set to begin formally drafting its voluminous piece of the 10-year measure to combat climate change and reweave the nation’s social safety net, with paid family and medical leave, expanded public education, new Medicare benefits and more. The committee’s purview includes much of that social policy, but also the tax increases needed to pay for it.

Democrats had hoped that the tax side would be more than notations on an accounting ledger. They regard it as an opportunity to fundamentally change policies to address growing income inequality, reduce incentives for corporations to move jobs and profits overseas, and slow the amassing of huge fortunes that pass through generations untaxed.

But corporate interests, led by the U.S. Chamber of Commerce, the Business Roundtable and Americans for Tax Reform, have mobilized a multifaceted lobbying and advertising blitz to stop the tax increases — or at least mitigate them.

“They’re lobbying to try to escape their obligation to pay the taxes they owe, leaving working families to pay a larger share of the burden,” Mr. Biden said at the White House on Friday. “Somebody has got to pay.”

Members of the Senate Finance Committee will meet this week to go over more than two dozen tax proposals. Some of them are well on their way toward inclusion in the measure, which under a complex budget process known as reconciliation would be able to pass Congress without a single Republican vote.

Many Democrats are determined to tax the wealth of America’s fabulously rich, much of which goes untaxed for decades before being passed along to heirs. Currently, for instance, when large estates are passed on at death, heirs are allowed to value the stocks, real estate and other assets at the price they would fetch at the time of the original owner’s death. They pay taxes only on the gain in value from that point once the assets are sold. If the assets are not sold, they are not taxed at all.